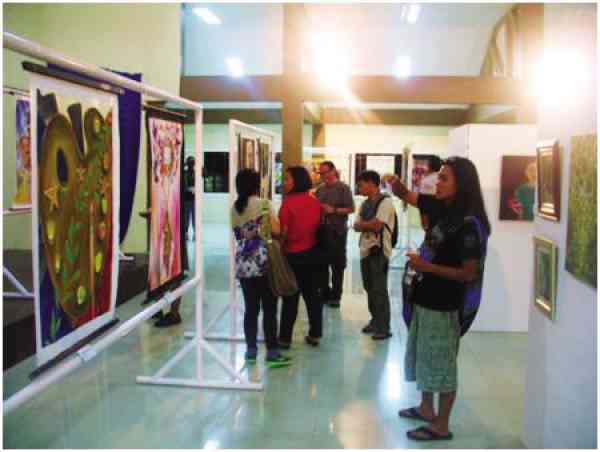 Top writers will once again gather in the country’s biggest literary festival, “Taboan,” at the Subic Freeport Zone on Feb. 24-26 in line with the National Arts Month (NAM) organized by the National Commission for Culture and the Arts (NCCA).

Taboan (a Visayan word meaning “marketplace) is the flagship project of the National Committee on Literary Arts of NCCA’s Subcommission on the Arts for the Philippine Arts Festival (PAF). Taboan festival director is writer and former University of the Philippines Baguio chancellor Priscilla Macansantos, outgoing head of the NCCA National Literary Arts Committee.

PVAF, led by Nemesio Miranda of the National Committee on Visual Arts, will bring together visual artists from all over the country for a lineup of activities including conferences, exhibitions, competitions, workshops, painting sessions, tours, and many others.

The Philippines celebrates NAM during February since the signing of Presidential Proclamation 683 in 1991. As the country’s main agency for the arts and culture, the NCCA, headed by its chairman Felipe de Leon , Jr., leads in celebrating NAM with the Philippine Arts Festival.

With the theme “Art on the Edge,” PAF 2014 consists of the flagship projects of the seven committees of the Subcommission of the arts—architecture, cinema, dance, literature, music, theater and visual arts.

It aims to highlight the artistic talent and brilliance of the Filipino people. Initially centering on the National Capital Region, PAF activities will be held all over the country in order to reach as many people as possible.