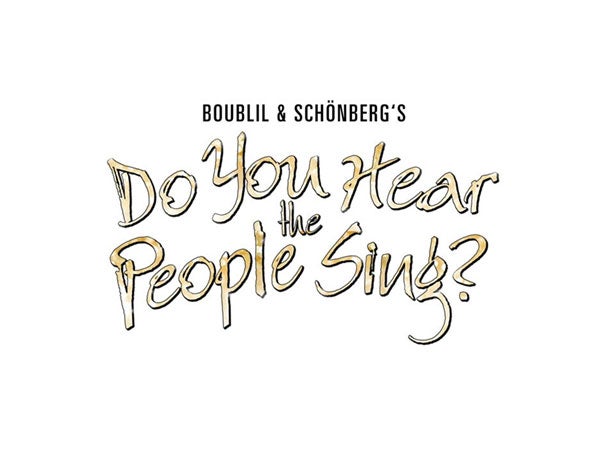 ‘Do You Hear the People sing?’ concert set

MANILA, Philippines–Celebrate the timeless songs of ‘‘Les Misérables’’, ‘‘Miss Saigon’’ and other unforgettable musicals with a special concert entitled ‘’Do You Hear the People Sing?’’, which will support humanitarian relief efforts and assist rebuilding initiatives in areas left devastated in the wake of Typhoon ‘‘Yolanda.’’

The concerts will feature the compositions of Alain Boublil and Claude-Michel Schönberg from masterpieces such as Les Misérables, Miss Saigon, La Révolution Française, Martin Guerre and The Pirate Queen.

Supported by the ABS-CBN Philharmonic Orchestra and a 100-member choir and conducted by musical director Gerard Salonga, the concert is headlined by some of the world’s leading musical theater performers.

Lea Salonga, the Tony Award winning Filipina performer who rose to international stardom when she was cast in the original production of Miss Saigon, will perform alongside Australian theater star David Harris (Miss Saigon, Wicked, Legally Blonde) and Marie Zamora (Barnum, Kiss Me Kate), the acclaimed French soprano who was the original Cosette in the Paris production of Les Misérables. Salonga, Harris and Zamora also performed in the recent Asia Pacific Premiere of Do You Hear the People Sing? in China.

As tribute to the close ties between the Philippine theater community and the works of Boublil and Schönberg, the concert will feature a large ensemble made up of performers who have appeared in Miss Saigon throughout the world.  All artists will be performing pro-bono. Moreover, there will be an online auction of memorabilia and gala night tickets (including hotel accommodation) for the opening nights of Les Misérables (Broadway and Melbourne, Australia) and Miss Saigon (West End, London).

Do You Hear the People Sing? is the latest effort of RWM in a series of fundraisers to help in the relief and rebuilding phase following the destruction brought about by the typhoon—the first being the 1tayo relief operation in partnership with other players in the industry and the second being the Kami Naman Ang Taya benefit concert held at the NPAT last December 3.

Funds raised from this latest production and auction will support rebuilding programs for the survivors of the typhoon. The event hopes to raise funds to build 200 homes in areas ravaged by Yolanda through Habitat for Humanity Philippines.

Reflecting on their long association with the Philippines, composer Claude-Michel Schönberg said, “The Philippines gave me the voices of Miss Saigon, my daughter Margot and the joy of seeing Filipino babies adopted all around the world for nearly two decades already from my Manila orphanage, Sun and Moon.”

Alain Boublil added “Creating Miss Saigon with those numerous talented Filipino artists was the answer to a prayer. These two concerts bring this extraordinary adventure back to life and a chance for us to modestly contribute to those lives that were shattered. Let’s hear the people sing!”

For those who cannot attend the concert, donations may be made via the production’s website www.thepeoplesing.ph. Know more about the event online by checking out Twitter @ThePeopleSing and Facebook.com/thepeoplesing.

Do You Hear the People Sing? is the only symphonic concert that has been authorized by Boublil & Schönberg.  The concerts have played to enormous acclaim in major concert halls throughout the United States and the Asia Pacific tour of the show recently commenced in China.

Do You Hear the People Sing? is produced in Manila by Bouberg Productions and Resorts World Manila in association with Australian producer Enda Markey.   Direction is by Andrew Pole with design by James Browne, lighting design by Christopher Page and sound design by Thomas Brickhill.