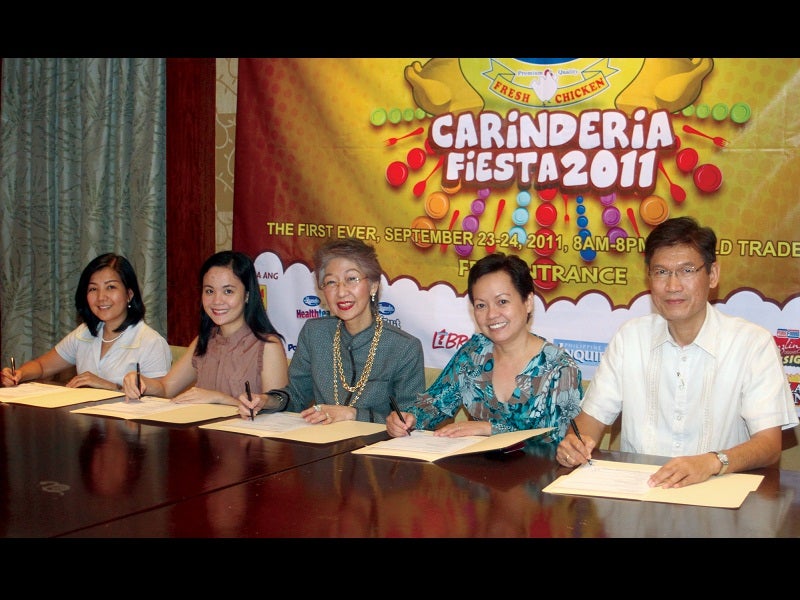 Carinderias meet together for first ever Food Forum and Fiesta

MANILA, Philippines–Over 200 carinderia operators will meet in the first-ever Carinderia Fiesta to be held on Sept. 23 to 24 at the World Trade Center to explore and discuss ways of forging the interest and welfare of an estimated three million carinderia owners and operators, registered and non-registered , in the country.

Organized by Marylindbert International, the carinderia forum will bring together under one roof representatives of the food industry’s micro-enterprise owners with suppliers of quality foods that comprise the staple of ingredients of the food dishes that majority of Filipinos look forward for their inexpensive but still quality breakfast, lunch, snack or dinner meals.

According to Linda Legaspi, president of Marylindbert, the two-day carinderia festival will also be a gastronomic event for the general public who will visit and sample the various dishes prepared by carefully selected carinderias operating in Metro Manila.

There will be lectures on new and innovative ways of cooking iconic food dishes such as the adobo, tinola, sinigang, pancit, sisig and many more that are regarded as staples of a carinderia. There will also be talks on hygiene and sanitation in operating a carinderia as well as proper food preparation, portioning and standardization.

Lectures on starting a carinderia and budgeting will also be given by competent personalities. “We’ve also invited Rene Salud, beauty and fashion expert, to give tips on good grooming, personal cleanliness and presentation skills,” adds Legaspi. Via Mare has also been tapped to give pointers on table presentation techniques.

During the Carinderia Fiesta, organizers will announce the results of cooking contests in nine food categories held among carinderias. An exhibit about the history of carinderias and its evolution to the modern day fast foods will also be featured.

Magnolia Chicken together with Purefoods Hormel Group, the Ginebra San Miguel Group, and the Inquirer Group of Companies have banded together to stage the Carinderia Fiesta 2011. “We believe that Magnolia Chicken has always been a friend of carinderias, as well as products of Purefoods-Hormel such as Star Hotdog, Sizzling Delights Sisig, Chinese Style Luncheon Meat, Carne Norte, Liver Spread, Spaghetti Meats Sauce and Ulam King,” Legaspi said.

Carinderias are also supportive of GSM products such as the Magnolia Powdered Fruit and Tea Drinks, Healthtea and Food Drinks, Purewater, Ginebra San Miguel Red-Gin, and Gran Matador Light. The Inquirer Group is also throwing a multi-platform support through its various business units.