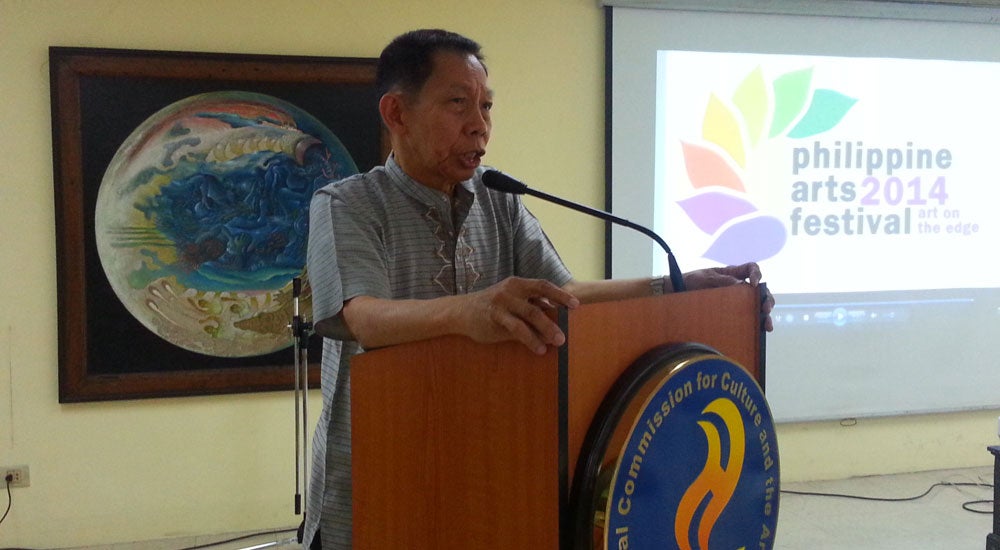 The ‘multiplicity’ of Filipinos and the art of bringing people together

“The number one value of the Filipino is connectivity, we like to connect people,” National Commission for Culture and the Arts (NCCA) Chairman, Felipe De Leon Jr. said Thursday during a promotional event for the 2014 Philippine Arts Festival in February.

“We like to do things that bring people together, because all over the world we are the most highly relational people, no doubt about it,” De Leon said. “In the Philippines, hardly anybody eats alone, when someone is eating alone, we feel pity for them ask them if we can join them.”

He also cited a Gallup poll in 2012 [http://www.gallup.com/poll/158882/singapore-ranks-least-emotional-country-world.aspx] that found The Philippines as the most emotional country in the world. Being emotional or expressive helps Filipinos connect with each other.

“Being expressive is one of the best ways to connect, and the most expressive of the arts are the performing arts. That’s why Filipinos really excel in performing arts,” he said, citing the University of the Philippines (UP) Madrigal Singers which has won multiple competitions worldwide.

International organizations such as UNESCO and Concorso Polifonico Guido d’ Arezzo Foundation have also honored the group for its contributions to the world.

“[She won] through singing because that is expression, it brings people together,” De Leon said.

In the visual arts, Filipinos love using multiple mediums because when they use only one, such as painting, it only attracts those who are painters.

“What the Filipino wants is for all media to be there so it can become an instrument for bringing people together,” De Leon said.

“Filipinos don’t like just one song, they like medleys because all their favorites are there. Anything multiple, like Halo-halo (a famous dessert) or sinigang (a soup that has meat and vegetable ingredients), brings people together,” he said.

In Western cultures, these foods would be served as separate dishes, he noted.

Other examples of the Filipinos love for multiplicity are the Galinera bench which has compartments underneath used as a cage for chickens and the shopping malls that contain almost all things Filipinos want or need.

“All over the world we have the most multipurpose mall. Go to Europe, their malls are just the department store of ours, no hardware store or cinema houses,” De Leon said.

“Where else can you find a mall where you can pay your bills, renew your licenses, apply for passports, go to church, get medical service, [and] go ice skating. There is no other place like that in the world. Why? Because we love to make things that bring people together,” he said.

The most attractive trait for Filipinos is selflessness, De Leon noted.

“The most powerful in bringing people together is selflessness. Anything selfless is the most attractive to the Filipino, because everybody identifies with selflessness,” he said.

“In order to unite this country we have to have a selfless leader,” De Leon citing Philippine national hero Dr. Jose Rizal who was the inspiration for the Katipunan Revolution and former Senator Benigno Aquino Jr. who chose to return to the Philippines despite threats to his life.

The recent Feast of the Black Nazarene was also cited as unmatched in the world because of the amount of Filipinos that it attracts to it. De Leon said it was a symbol of selflessness.

“The phenomenon that cannot be matched anywhere in the world is the [Feast of the Black] Nazareno, because the Black Nazarene is a symbol of selflessness. Can’t you see how many people are attracted to that?” De Leon said.

“Anything multiple, anything that brings people together, especially the sacred, is what attracts Filipinos to one another,” he said.