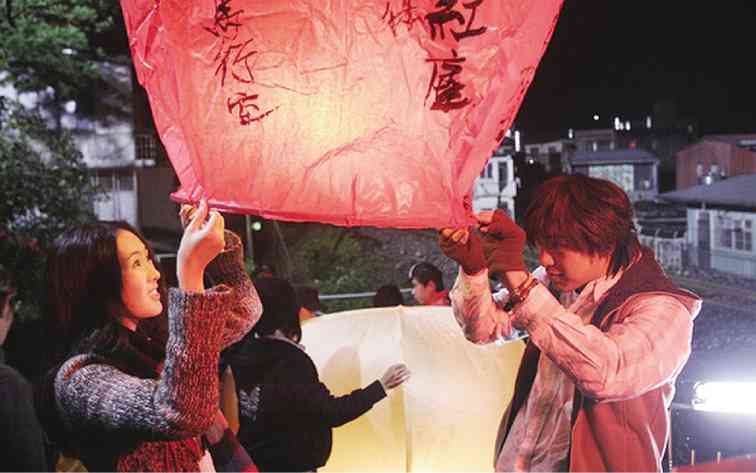 Shangri-La Plaza in Mandaluyong City is host of the 8th Spring Film Festival of Chinese movies from Jan. 24 to Feb. 2.

In “Aftershock,” Fang Deng and her twin brother are buried under the rubble of a devastating earthquake in Tangshan in 1976. Freeing either child will most likely cause the other’s death, so their mother reluctantly chooses to save the son. But Fang Deng miraculously lives—and she now goes around with the painful memory of her mother’s choice.

China in a time of crisis is shown in “1911 Revolution”: Young Huang Xing, arriving from his studies on modern warfare in Japan, finds himself planning a rebellion versus the powerful Qing Dynasty and the New Army.

“Snowfall in Taipei” tells the story of May, a singer from mainland China who suddenly loses her voice, causing her to leave town and her producer and secret lover, Ah Lei. In the Old Town of Jingtong, she meets the warmhearted Xiao Mo, who helps her make ends meet and find new direction in life.

In “Let’s Fall in Love,” the musically gifted Tan Momo has his whole life ahead of him. But after learning to play the Gugin, a seven-stringed, plucked instrument, he experiences the ups and downs of the real world.

Simple mother Geng moves to the city to live with her grown-up son in “Where Is My Home?” Despite better living conditions, she feels isolated and lonely in the city, leaving her children trying to rebuild the family’s affection.

The Spring Film Festival is organized by the Ateneo de Manila University Ricardo Leong Center for Chinese Studies, with the Confucius Institute, Embassy of the People’s Republic of China, Film Development Council of the Philippines, Credit Suisse and Ateneo Celadon.