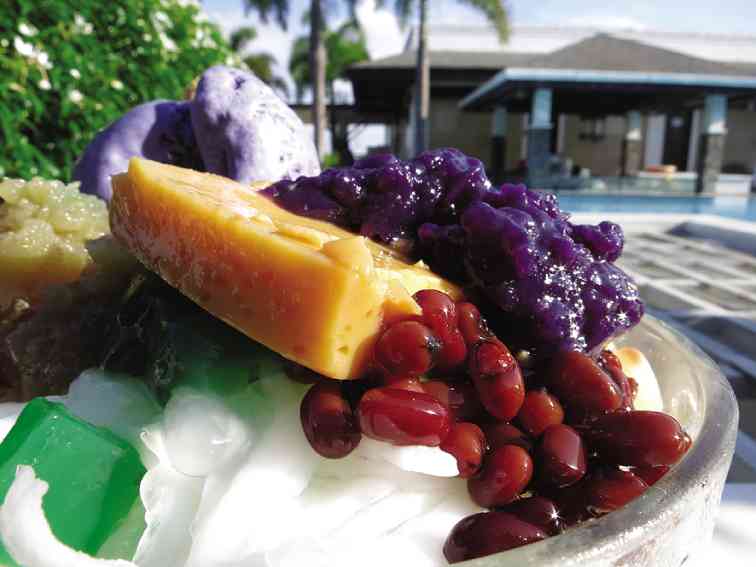 Bacolod is full of sweet surprises

“If you like sweets and pastries, then you’ll love Bacolod,” a Cebu Pacific flight attendant told my 8-year-old sister Christine on our flight from Manila.

As the plane made its way to Bacolod-Silay International Airport, we saw vast expanses of green plains and rolling hills. What looked like little wheat plants turned out to be sugar cane ready to be harvested.

More and more of these fields, with farmers working alongside their carabaos, came into view as a service van ferried us to L’Fisher Hotel.

We met up with my mom’s colleague, Jambi Gaston Reyes, a native of Bacolod but now based in Hong Kong as an analyst. We were lucky he was home for the holidays; he took us around his hometown in Silay, known to most as the “Paris of Negros” for its majestic ancestral homes, reminiscent of the province’s rise as “sugar capital of the Philippines.”

But before we went ancestral home-hopping, Jambi took us to one of the best restaurants in town, Chicken House, renowned for its secret marinade and grilled-to-perfection chicken meals. Should you ever stumble upon it, I’d recommend the pa-a (foot) over the pecho (breast). Many say the pecho is the meatiest but personally, I think the pa-a is the tastiest.  For just P100, you can have hearty chicken meal with garlic rice.

Next stop, Jambi’s ancestral home: the Balay Negrense along Cinco de Noviembre in Silay. It used to be owned by his great-great grandfather,  Victor Gaston, son of Yves Leopold Germain Gaston from France, one of the pioneers of sugarcane cultivation in the Philippines.

The Balay Negrense is now a museum open to locals and tourists for free.

Bacolod truly lives up to its reputation as a sugar central because pastries  are sold everywhere. While shopping for pasalubong for our friends, we stumbled upon an outlet of Merci, a quaint bakeshop on Lacson Street, a short walking distance from the hotel.

What sets this bakeshop apart was that piaya was freshly baked in front of us. Made of enriched flour, muscovado (unrefined brown sugar), butter, salt and sesame seeds, piaya is a famous delicacy in Negros Occidental. For P3.50 one can enjoy a delicious plain piaya.  For P4, one can enjoy an ube piaya.

Baked on an Imarflex skillet, they are enjoyed by people of all walks of life. Even street children would swarm in and buy piaya.

It is a heartwarming thought that sugar actually binds the people of Negros Occidental. Those layers of muscovado sugar come from the plantations of Bacolodian farmers, and are refined in Victorias Milling Company, the biggest integrated sugar mill and refinery in the world.

During our road trip, we passed by countless trucks loaded with sugarcane (which looked like burnt bamboo) on their way to Victorias. It seemed that all roads led to this refinery. It was scary, though, to see one or two of those trucks precariously tilting over the road.

On one occasion, a sugarcane-loaded truck lost a tire, and the driver had to replace it. As our car zoomed by, we could not help but feel momentarily fearful for our lives (as the truck with all its sugarcane might tip over and bury us).

At the same time, we felt sympathetic for the driver, because if he didn’t get the tire fixed, the sugarcane will most likely get infested by big, fat red ants. That truckload of sugarcane, en route to the mill, will be refined into sugar, and which will then go into the pastries, sweets and beverages we enjoy.

Those big, fat red ants, by the way, aren’t a figment of our imagination. We saw them within the 7,000-hectare Victorias Milling compound, as we made our way to the “Church of the Angry Christ.”

Otherwise known as the St. Joseph the Worker Parish built for the company’s employees, the church got its controversial name from the unique mural by Filipino abstract expressionist Alfonso A. Ossorio during its reconstruction in the 1950s. The fiery red hues dominating the mural of the lone church in Negros that depicts Filipino liturgical arts are a jaw-dropper.

So is Silay’s “The Ruins,” an ancestral home whose Italianate and neo-Romanesque structure survived  World War II. The structure still stands tall against the backdrop of the sugar plantations that surround it.

Away from manmade wonders and looking for natural ones, some 30 km east of Silay and Bacolod City lie the seven magical waterfalls of Mambakul Resort. About an hour’s car ride away, the place was the location for one of the scenes from the award-winning 1982 film “Oro, Plata, Mata.”

Directed by Bacolodian Peque Gallaga, the film was set in Mambukal’s mountains, which became the refuge of Negrense hacenderos when the Japanese invasion forces arrived in the province.

Today, Mambukal is a summer resort where one can see the first of its seven breathtaking waterfalls after a 15-minute hike over moss-covered rocks and hanging bridges.

Along the way, we were greeted by the resort’s resident tourist attraction—three species of bats or so-called flying foxes, buzzing over the thick foliage.

After a three-day stay in the province, we realized that sweet surprises in Bacolod don’t only come in cellophane-covered treats, desserts and beverages, but also in preserved ancestral homes, local liturgical art and nature’s wonders spanning this historic province.

Indulging in my next piaya, halo-halo, churros con chocolate, barqueron and cheese tart will never be the same experience again.