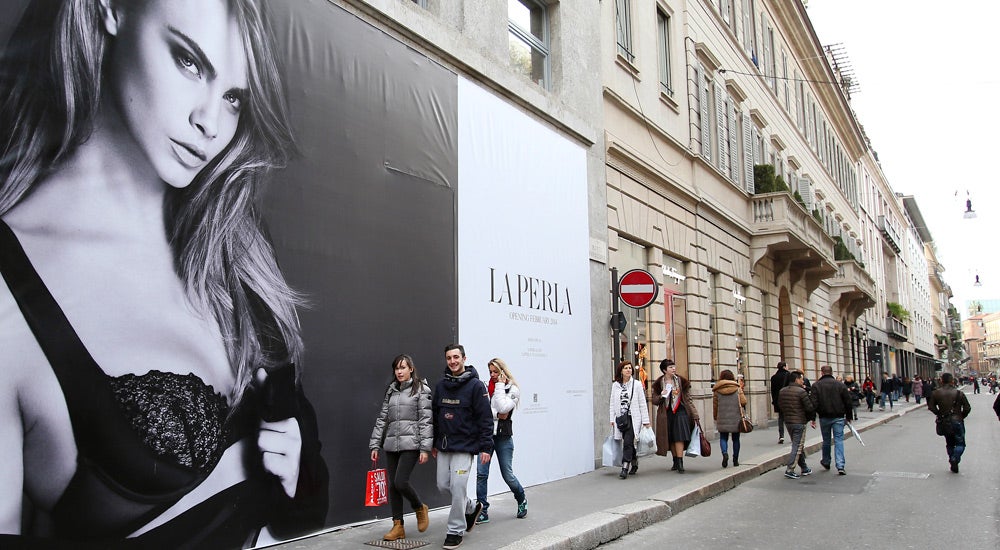 5 free things in Milan from cathedral to canals

MILAN – Milan is Italy’s finance and fashion capital, with hundreds of billions of euros invested on the Italian Stock Exchange and tens of billions more spent yearly in the city’s luxury boutiques.

While Florence attracts art-lovers, Venice the romantic and Rome the faithful, most travelers to Milan come to broker deals and indulge in the latest Italian fashion trends.

Nonetheless, there is plenty to see for those whose pockets are not so deep — be it by style choice, or not.

A peek through the windows of the city’s numerous brand-name stores and boutiques gives a more street-ready view of the collections. Milan’s most famous shopping street is via Montenapoleone, a one-half kilometer (third of a mile) display of pure luxury apparel, jewelry, shoes, bags — and even knives and Venetian glass. While Prada may command €11,500 ($15,700) for a blue fur coat and €220 ($300) for knit garters resembling 1980s tube socks to complete the look, it doesn’t cost anything to dream.

The globe’s major luxury brands are all clustered within close proximity on the streets that surround Montenapoleone and the nearby Galleria Vittorio Emanuele II, a shopping mall that dates to the 19th century, where a McDonald’s recently lost its lease to Prada menswear. While window-shopping, don’t forget to people-watch. Milan’s instinctively snappy dressers inspired the ready-to-wear collections that took flight in the late 1970s and 1980s, and Milanesi remain among the most fashionable of the fashion-aware Italians.

The Gothic-inspired Duomo took nearly six centuries to complete, incorporating a cornucopia of styles by its completion in 1965, and is among the largest cathedrals in Europe. The Duomo is also the seat of the archbishop of Milan, Italy’s largest and most influential diocese that gave the world two popes during the 20th century.

Take in the imposing facade with its Gothic spires from the piazza outside, dodging tourists, shoppers and pigeons alike, and snap a photo of the exterior. The Duomo is undergoing extensive renovations, and to raise funds, officials have inaugurated an adopt-a-spire program that includes a 2-euro fee to take pictures inside of the vaulted ceiling, naves and pillars. There’s also a fee to access the spectacular view of fairytale-inspiring pinnacles and spires from the Duomo’s roof. But restaurant and bar terraces offer a free peek from surrounding grand buildings — called palazzo — including the Rinascente department store.

Visitors to Italy feast on Renaissance and Baroque treasures, but there are increasing efforts to promote contemporary art — including the HangarBicocca, founded and funded by the Pirelli tire company. The capacious former industrial complex in Milan’s Bicocca district on the city’s northern edge has been transformed into the largest private contemporary art space in Europe.

German artist Anselm Kiefer made a site-specific installation, “The Seven Heavenly Palaces,” for the 2004 inauguration. The imposing corrugated towers rise from sandy islands, taking inspiration from the palaces described in an ancient Hebrew treatise while representing the ruins of Europe after World War II. Rotating exhibits inhabit the adjoining space. The HangarBicocca also is meant to be a cultural center, offering activities for children and adults.

A visitor emerging from the Garibaldi train station may, in a moment of disorientation provoked by the glare of glass and steel, confuse the towering skyline ahead with the heart of post-unification Berlin.

The new skyscrapers at Piazza Gae Aulenti, named for the late architect and designer, have little bearing on Milan’s neoclassical architecture. It’s no surprise that many visitors draw quick comparisons with Berlin’s Potsdamer Platz, which similarly aggregates living, office and commercial space.

The ever-conservative Milanesi were wary when construction began but now seem to have embraced the new district. Families flock to the raised, pedestrian piazza on weekends, a safe place for kids to dash about. A coffee shop and bookstore with free Wi-Fi is crowded even on rainy weekday mornings.

The Unicredit Tower, the shiny new headquarters of Italy’s largest bank, has claimed the title of Milan’s tallest building at 218 meters (715 feet), topped by a single twirling steel spire that echoes the spires of the now-dwarfed Duomo in the distance.

Landlocked Milan had to dig a navigable system of canals to ease commerce and construction throughout the centuries. Today, the canals are the center of Milan’s nightlife — lined with restaurants and cafes — but there is plenty to see by day. An antiques market featuring more than 350 sellers unpacks on the banks of the Naviglio Grande every last Sunday of the month except in July.

The Vicolo privato del Lavandai — literally the launderers alley — is where, until the 1950s, women would come and wash clothes using wooden washboards on the banks of the Naviglio Grande.

And the Ponte di Pietra, or stone bridge, was originally made out of wood, rebuilt in cast iron by the Austrians in the 1900s and eventually cast in concrete, the current version. Once, wealthy residents collected tithings for a crossing. Today it is free.