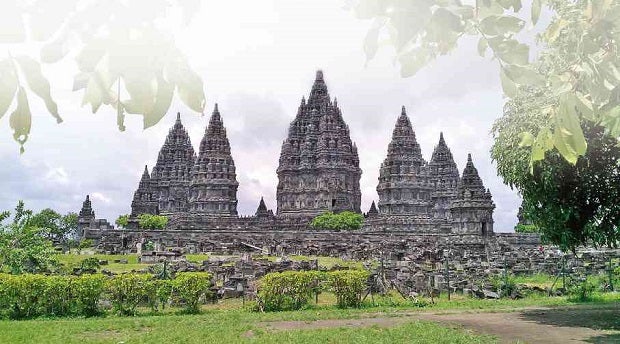 Jogja in a jiffy–and A-1 service all the way

Bali has traditionally held the crown as Indonesia’s biggest tourist attraction. In 2012, according to Indonesia’s tourism ministry, some 3.2 million visitors out of 8 million tourists headed to the magical isle with its sparkling beaches, kinetic nightlife and mystical Hindu culture.

In terms of the highest star-hotel room-occupancy rate, however, records show that one other destination beat Bali. Jogjakarta (the official name is Yogyakarta, but is commonly pronounced as Jogjakarta, or the local endearment, Jogja), in the southern part of Indonesia’s Central Java province, notched 65.62 percent in 2012 against Bali’s 63.2 percent.

Jogja’s profile as a star tourist destination can only rise higher with the recent inauguration of thrice-weekly flights to the city by Silk Air, the regional wing of Singapore Airlines. From Changi Airport, Silk Air now flies Mondays, Fridays and Sundays to Jogja’s Adisucipto International Airport using its 180-seater Airbus A319s and A320s, which have both Business and Economy classes (12 seats in Business class).

The flights, in other words, while a mere one hour and 20 minutes from Changi to Jogja, are not budget flights but the same premium-amenity, full-service experience—gourmet inflight meals, wider seats and legroom, online check-in—that have made Silk Air’s parent company Singapore Airlines a legend in the business, and which have also won for Silk Air the Regional Airline of the Year honors in the Air Transport News 2013 Awards. (In the Philippines, Silk Air flies to Changi from Cebu and Davao.)

The brief flying time vastly improves on the typical eight-hour bus ride one had to take from Jakarta, Indonesia’s capital, to reach the land that’s often called the cradle of ancient Javanese civilization, the heartland of nearly everything one has come to associate with traditional Indonesian arts, history and culture: the riot of batik, the music of the gamelan, the silverworks, the kris, the wayang kulit shadow puppetry, the languorous dances and, not least, the monumental temples of Borobudur and Prambanan.

Filipino and Asian travelers who’ve had their fill of Angkor Wat in Cambodia, or the sights and sounds of Bangkok in Thailand, should make space in their itinerary for Jogjakarta, if only for the two Unesco World Heritage sites in its midst.

From the center of town it’s a short ride to Prambanan, a complex of Hindu temples dating back to the 9th century. Jogjakarta claims that the site’s 47-meter-high central tower, called the Roro Jonggrang Temple dedicated to the god Shiva, is “the tallest and the most beautiful Hindu temple in the world”—and who would argue with that when finally in the presence of the breathtaking marvel of stonemasonry that marks the pinnacle of the vanished Mataram kingdom of ancient Java?

If Prambanan is an altar to the Hindu pantheon, Borobudur is a shrine to the Buddhist faith—and also built sometime in the 9th century, which gives one an idea of the remarkable coexistence of different faiths and cultures in this land centuries ago. Located on elevated ground, making the temple an arresting sight for miles around, Borobudur is a monolithic nine-story structure—a six-level step pyramid topped by three round platforms—adorned with some 2,672 relief panels, 32 lion statues and 504 Buddha figures.

The experience of climbing Borobudur is meant to approximate the journey to enlightenment—the higher one went, the closer he or she got to Nirvana, represented by the Arupadhatu, the last three circular levels decorated with a profusion of stupas whose round forms suggest the formlessness and harmony of heaven.

Prambanan and Borobudur are unlike many other world monuments in one respect. They are not ruins or empty structures, but living buildings that continue to serve as active ramparts of faith and community life in the area. Hindu devotees still stage rituals and festivals in Prambanan, while Buddhist monks and believers troop to Borobudur for worship and pilgrimage.

On summer nights, under a full moon, with a spectacularly lit Roro Jonggrang Temple and its sister towers as backdrop, the locals have staged the Ramayana Ballet for the last 36 years—the Indian epic now seamlessly indigenized, its retelling a showcase of classical Javanese costume, music, dance and drama.

In the neighboring city of Solo (or Surakarta), to which Silk Air also flies, that fidelity to tradition and native art can be seen in villages that host the wayang kulit puppet shows for hours every night, or devote themselves to painstaking silverworks or traditional weaponry. Streets and warrens are built around centers for the manufacturing and trade of batik, the city’s version of which is known to derive from an older, more intricate tradition.

Solo has a lavish Museum of Batik that displays vintage bolts of the prized cloth from as far back as the Dutch colonial period. A peek at the back of the museum reveals hundreds of people working by hand to produce fresh iterations of the iconic textile, whose character, the museum curator is quick to point out, is not “in the patterns, but in the process.”

That may well be said, too, for the soulful, organic cultural buffet that underpins life in Jogjakarta. There are no theme parks in this part of Indonesia, no gargantuan Western-style malls. What one can revel in is authenticity—kept unembellished, proudly preserved. The temples, markets, palaces, the ceremonial dances, the native arts and crafts are not surface decorative artifacts, but are the pulsing, breathing hallmarks of a rich, age-old culture interwoven into the daily lives of ordinary Javanese.

Silk Air’s flights to Jogja should make savoring this rich tapestry an easier, more convenient experience. To further sweeten the pot, both Singapore Airlines and Silk Air are offering, until March this year, the Singapore Stopover Holiday packages of five days and four nights (four in Jogjakarta, one in Singapore) or four days and three nights. Overnight stay in Singapore is needed because Silk Air’s first flight to Jogja is at 8:10 a.m.

The packages include hotel accommodations in both Jogja and Changi, tours of Borobudur, Prambanan, assorted palaces and markets for shopping, and meals in heritage restaurants.

Both airlines have also increased their baggage allowance, from 30 kg of checked-in baggage to 40 kg for Business class passengers, and 30 kg from 20 kg for Economy passengers. And Changi Airport is not about to be left behind with its own unique enticement—a dollar voucher worth $40 redeemable by passengers transiting through the airport.

That $40 voucher, valid for one-time use, can buy a number of items, from chocolates to souvenirs, at more than 450 retail, food and service outlets in Changi. A gracious sendoff, if you will, for those heading out to various parts of the world, including Jogjakarta, from Singapore’s pride of an airport.

To book Silk Air flights to Jogjakarta via Singapore Airlines, or inquire about the Singapore Stopover Holiday packages, call 7568888. For Cebu passengers, call 5057872, for Davao 2275301. Visit www.singaporeair.com.sg or www.silkair.com.