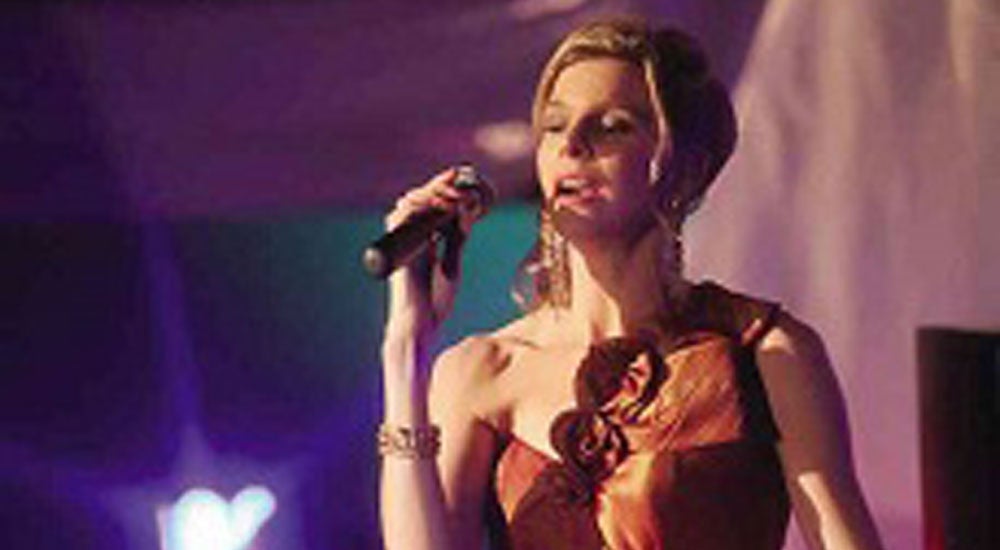 MANILA, Philippines—At the height of Super Typhoon Yolanda, singer Kevyn Lettau was in the United States watching over her mother who lay dying.

“Two days after, she passed away. And when I heard about the storm’s devastation, I was at a loss for words because it was an emotional thing for me, too, since I consider the Philippines my home away from home,” said Lettau, who is one of 60 international and local artists performing in “Heal Our Land,” a benefit concert happening Friday night at Mall of Asia (MOA) Arena in Pasay City.

Lettau—a Brazilian jazz vocalist born in Germany, who was discovered by Sergio Mendes in 1984 and who has held a number of successful shows in the Philippines—spoke to reporters on Thursday at a press conference for the Yolanda benefit gig held at Solaire Resort and Casino. She was joined by 13 other foreign artists led by jazz pianist David Benoit.

“I was a struggling musician in 1981 playing in bar mitzvah when I first got a call to play in the Philippines,” recalled Benoit, who, like Lettau, went on to achieve popularity in the country. “It was a no-brainer when I talked to [concert promoter] Ed Bitanga about doing the show. It’s something I can easily do to give back to Filipinos.”

All the performers have waived their professional talent fees for the concert.

A key figure that made “Heal Our Land” possible was saxophonist Michael Paulo, a Filipino-American based in the United States who had met Bitanga several years ago with Benoit. It was Paulo, a former member of the Hawaiian pop-rock band Kalapana, who did most of the phone calls to all the foreign artists in the lineup.

“I had to do it to raise awareness on the need to rebuild the lives of those still suffering from Yolanda,” Paulo said.

“I’m Mexican and I have Filipino friends in Los Angeles,” said Jessy J. “When Yolanda happened, it broke my heart. It was like having a brother or a sister in trouble.”

“Playing music is a great thing for this project,” Schreuders said.

“It’s a small world. Helping out those in need is a wonderful thing,” Phillips pointed out.

Songs not played before

“I can totally relate to what happened in the Philippines. Twenty years ago there was an earthquake in Northridge in the US, although of course the magnitude of a storm like Yolanda was much more than that,” explained Karukas, who added that the audience at MOA Arena Friday night “will hear songs we’ve never played before. I’ve been asked to play something I haven’t done in a long time.”

Before finalizing the lineup, Bitanga told the Inquirer, “it got to a point that I was receiving calls from high-profile artists from the USA and Europe.”

Other notable musicians such as Earl Klugh, Al Jarreau and Sheila E expressed their desire to join after hearing about the benefit, but Bitanga said “they couldn’t get out of their prior commitments. Nevertheless, I remain very thankful that all these artists were true to their intentions in wanting to participate and help.”

David Pack hopes to feel the love again in the Philippines