Whispers from Seville: From bacalao to ‘salmorejo’ | Lifestyle.INQ ❮ ❯ 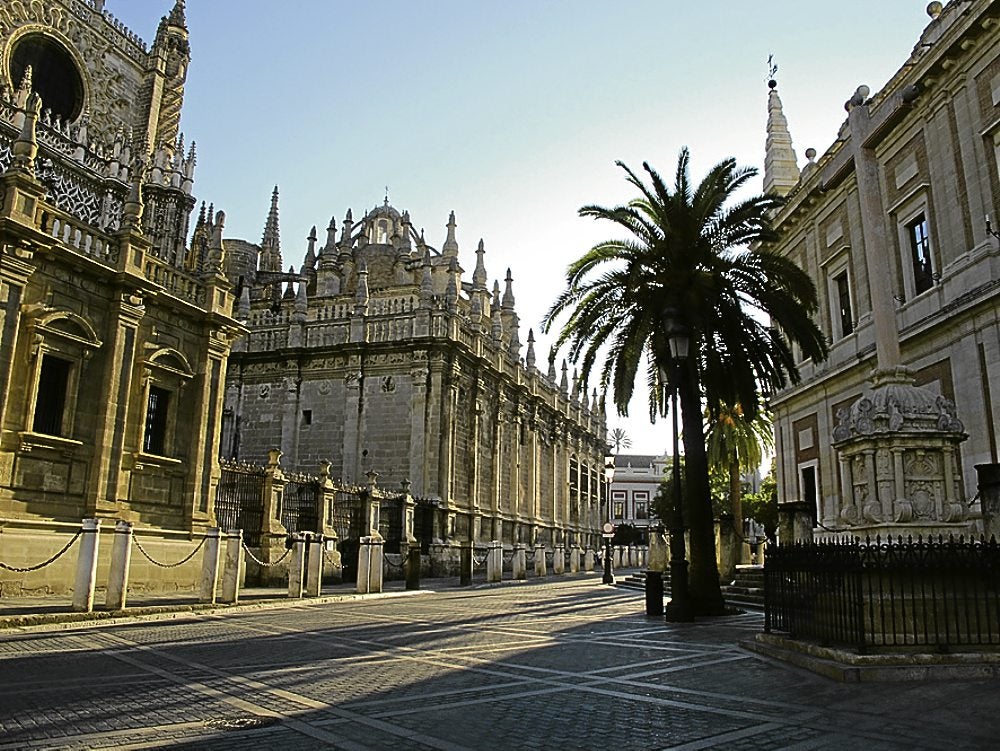 Whispers from Seville: From bacalao to ‘salmorejo’

The last stop in my week-long itinerary was Seville. I was going down for just an overnight jaunt from Madrid to attend a short meeting. It almost seemed such a waste to exert all that effort. What could I hope to even see or experience about the city?

I had the good fortune to visit this grand Andalucian metropolis a couple of times in the past. The last occasion was in connection with an international conference on museums. We had been billeted in the newer section of town. I still recall streetscapes of faceless concrete walls and bleak sidewalks baking in the noonday heat. I was not eager to return to this environment.

As it turned out, memory did not serve me well. I had only remembered the less appealing aspects of Seville. Much more awaited me.

To begin with, the trip down from Madrid on the high velocity train (AVE) was very relaxing. The ride was so smooth that one hardly felt anything but the invigorating hum of the engines as the landscapes of Southern Spain unfolded beyond the windows.

The countryside was an endless curve of dryness: slope upon barren slope rising to touch an unbearably blue sky. One begins to understand why the conquistadores felt the need to go out and explore new dominions. Growing up in such a desiccated region where every element is boiled down to its barest minimum must generate a yearning to feel the pulsing, boundless fecundity of torrid, tropical realms.

A minor catastrophe ensued as soon as our train reached the station. I had been relying on consulting the tourism office for directions to my hotel. Unfortunately, even though it was only about 8 p.m., the visitors’ assistance desk was already closed. How was I to find my lodgings for the night?

Fortunately, I was emboldened to throw myself at the mercy of the first cab driver I encountered. The fates were kind to me that day and instead of being kidnapped and sold into slavery, I was whisked off to my hotel which, as it turned out, was just minutes from the station.

I had been booked in a lovely establishment in the old quarter of the city. I soon saw why many people find Seville so charming: There were romantic plazas which sheltered quaint cafés, gorgeous buildings with elaborately carved façades, tiny shops that tantalized with exquisite confections.

My hotel was the Fernando III on Calle San José. My room had wonderful views of glistening domes and distant towers. We even had a rooftop pool. Since it was a clear summer evening with a full moon, I had a vision of myself lazing in cooling waters, watching as the districts of Seville unfurled before me like an admiral’s banner. I rushed out to buy a swimsuit.

Sadly, by the time I returned, the pool had closed. What about an early morning dip? This, too, was not to be—swimming was  allowed only after 10 a.m. Spain ran under a dif

ferent clock, I was reminded.

To console myself, I set off again. I soon came upon a gelato establishment. Surveying the flavors that were being offered, I smiled. Yes, indeed, I was on the Iberian Peninsula.  Nowhere else in the world would there be such a gelato flavor: turron!

The next morning, I set out early for my meeting. As I turned a corner, I encountered the magnificent mass of the Cathedral: wave upon wave of stone burnished gold by the dawn. Dominating the entire scene was the temple’s lofty bell tower, which had been a minaret in a previous avatar. It is so loved by the locals that they have a nickname for it: La Giralda.

On the other side of the street was the solemn façade of the Archivo de las Indias, fabled repository of the accounts of the ages. Glistening amid distant shadows further off was the gate of the Alcazar, the vast palace that, about a thousand years ago, was the home of the former Moorish rulers of Seville.

I stopped to breathe deep in the sheer pageantry of it all. I was in the presence of one of Europe’s most impressive cathedrals—crowned with a lofty spire, a symbol of how one faith’s landmark may be reinvented by another. Facing this is an incredible archive, a treasure house of stories that spanned oceans and empires. Finally, there is a palace, huge walls surrounding magical courtyards. Yes, this was a plaza that had witnessed the full force of history. This was the kind of space from which the world was ruled.

I so wanted to decipher the mysteries of every corner. But I barely had time for a quick circuit of the cathedral and to tour the archives. There would be no chance to see the Alcazar. In a previous visit, I attended an evening reception there. From a balcony, I had caught the glimpse of a fairyland of gardens, massive palm trees hiding the hints of the most delicate of fountains. How I would have wanted to stroll amid such splendor. Sadly, like my swim beneath the moon, this, too, was not to be.

What was left then? What of Seville would I be allowed to savor and bring back from this journey?

It was my hostess, Señora Maria Isabel Simo, director of the Archives, who would hold the answer. She had been forewarned that the poor Filipino who had been deposited on her doorstep had been raised according to a different routine.  While to many Spaniards, the day was just beginning at about 11 a.m., this denizen of a faraway former colony was already dizzy from hunger.

Mercifully, she ordered a stop to our meetings and took me out for a snack. We went to a nearby café called Azabache. I had visions of Helena Guerrero (who had once owned a fashion label of the same name) suddenly materializing to take our orders. But instead, we were in a self-service restaurant and my host’s assistant gamely went to get our food. He came back carrying wedges of bread on which we were to crush a slice of tomato that in turn would be lavished with streams of olive oil. Such a simple combination, but amazingly delicious!

After a few more hours, we would go out again for the real meal of the day. It turns out my hostess had arranged an entire feast for me. This time, she led me to a famous eatery called Baco, which, she explained, was housed in what used to be a store for textiles.

Baco is well-known for bacalao, the celebrated salted cod, which is the stuff of Spanish culinary legend. We started with a helping of tiny herbed potato omelets made more savory by slivers of the world-renowned fish: Tortillas de Patata con Herbabuena Cubierta de Laminas de Bacalao.

This was followed by a plate of cheese and ham: Hamon Iberico de Bellota, Caña de Lomo Iberico, Queso de Manchego. There was also a fresh salad spiked with more bacalao and a dish of roasted vegetables.

To create a gustatory pause, we were served a refreshing cold soup: salmorejo. Señora Simo, seeing my interest as evidenced by the velocity of my consumption, courteously

wrote down the recipe.

Salmorejo was a medley of garlic, ham, tomatoes, bread soaked in water, half a red pepper, and, finally, the basic building blocks of oil, salt and vinegar, all pounded together into a light porridge. She says that this concoction was her husband’s masterpiece.

While we relished the soup, we spiced our conversations with observations on how many ingredients in this heady mixture had crossed oceans to end up in our bowl. Red pepper, for example, had once been native to the Americas. This vegetable, and its even more intense cousin, the chili, would be carried in the Spanish galleons to the farthest reaches of the planet. They were now part of the identity of almost every nation in Asia and Africa.

Finally came the main course of medallions of bacalao dotted with home-made mayonesa on a bed of richly flavored tomatoes. I was truly sated. That said, I somehow found the space for dessert: a sumptuous cake of dark chocolate and nuts. As Señora Simo walked me back to the hotel to get my bags for the trip home, she pointed out more city sites—the bishop’s palace, the house where Columbus’ son had lived. At one point, she stopped and invited me to turn around. As I did, I encountered a view of the Giralda in all its grandeur. This was a proud structure that had seen the parade of the epochs, that had witnessed monarchs assume and then abandon their thrones. This was a structure that had stood silent as cultures mixed and merged, as continents were conquered and then transformed.

Suddenly, I understood. I had no reason for remorse. I had experienced Seville, if even for a few moments. Places may yield their stories through intense research, peregrinations and excavations. Yet the meanings of a city may just as well come to you as a whisper, a flavor that lingers on your tongue and then is gone.

The writer would like to thank Ambassador Jorge Domecq, Antonio Garcia and the Spanish Embassy for arranging his trip; and the Archivo General de las Indias for hosting his visit to Seville.