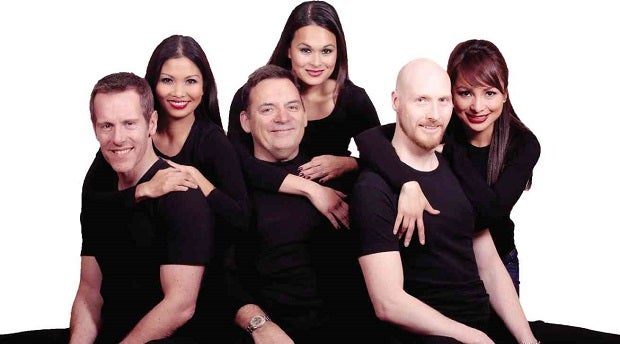 The post-Valentine presentation—offering a complete repertoire of music, song and dance—will have its gala on Feb. 21, 7:30 p.m., at the Aliw Theater, CCP Complex, Pasay City. Other performances are set on Feb. 22-23, March 1-2.

“Heart 2 Heart” features the special participation of prima ballerina Lisa Macuja-Elizalde, who is also Ballet Manila’s artistic director. She dances opposite principal dancer Rudy de Dios in “The Last Poem,” choreographed by Augustus “Bam” Damian III, which tells the story of a man and his dying beloved.

“Lune” is a short, witty take on the 1920s era of the Charleston dance and the two-step. “Shutter” is characterized by jazz-like movements. “Corvus,” the Latin word for crow, combines fast movements and defined showmanship to articulate the powerful image of the bird it is named after.

Ballet Manila staples like the all-male “Aramica” and the romantic “MAZN,” as well as the classical pas de deux “Harlequinade,” are likewise featured.

After making their debut in last year’s “Ballet & Ballads,” for which they won an Aliw Award as Best New Artist, the West End Mamas this time brings with them the West End Papas.

There will be songs from “Les Miserables” and “Starlight Express,” OPM tunes and a Disney/“Frozen” medley. Rousing numbers like “Eto Na-Doobidoo” and “In The Mood” will have the audience clapping and humming along.

“Jammin’”—a number featuring a violinist, a surprise guest trumpet player and 16 ballerinas on pointe—is also something to watch out for.

“Ballet & Ballads” was conceptualized by Manila Broadcasting Company chairperson Fred J. Elizalde, Macuja-Elizalde’s husband. Combining the resources of MBC and Ballet Manila, it has sought to popularize ballet all over the country in line with the dance company’s mission of bringing ballet to the people.

Launched in 1998, the series has been presented in major venues in Metro Manila and has been taken on numerous provincial tours. Previous editions of the series have featured such pop stars as Ariel Rivera, Janno Gibbs, Jaya, Nyoy Volante, Lani Misalucha, Toni Gonzaga, Kyla and Freestyle.

Explaining the broad appeal of the long-running series, Macuja-Elizalde notes: “It combines the musical appeal of a concert and the visual delight of the ballet; that’s why it’s always fun.”