What goes on behind that mask | Lifestyle.INQ ❮ ❯ 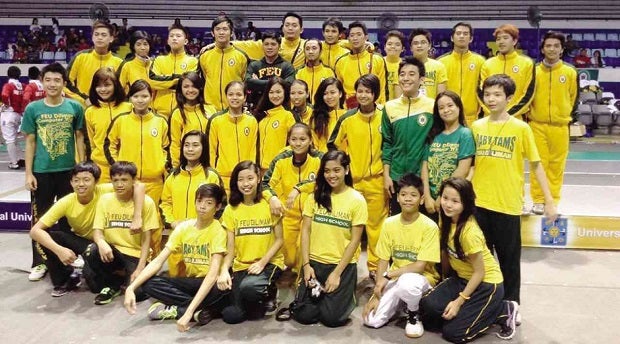 What goes on behind that mask

At first glance, fencing looks easy. But behind each touché (a hit or touch) is a heart full of courage, a mind full of strength and a spirit ready to fight until the end.

The recently concluded University Athletic Association of the Philippines (UAAP) Season 76 fencing championships  were clear proof of how the best may fall and how those who strive may rise above the rest. It was the turning of the tide for some and a season full of surprises for many.

The spirit of camaraderie was alive and well. But once we’ve stepped on the piste, plugged our body wires to our blades and put on our fencing masks, the hunger for victory begins. When “prêt, ale” is finally said by the referee, we consider ourselves rivals until the last touché has been made.

To be behind that fencing mask means we’ve conditioned ourselves to come out the victor. But the road to the last touché isn’t always easy. Strength of mind and character is a prerequisite to that sweet scream after removing the mask.

Physical strength alone is not enough.

It takes will to win, and an intelligent mind to successfully deliver an attack, produce a single light and rejoice at every point.

All fencers who played this season showed power and a great will to win. But only the highest levels of courage and intellect take home the gold.

When the last touché is made and the referee has given the call to the winner, an ear-piercing scream will be heard behind that fencing mask—a sound which reverberates at all sides of the competition hall. It’s an affirmation of school pride and individual glory.

And that loud scream would be proof of how hard we’ve trained, of the nights our coaches scolded us and of how nervous we’ve felt on that very day of the fencing championships.

One rejoices and another cries. And when the mask is finally removed, it’s a relief after being rivals for a moment. In the end, we shake hands and even hug each other.

Behind that fencing mask is a warrior who would never give up, for the love of the sport and for the pride of his or her school. Behind that mask are lessons, memories, hardships and triumphs that people never see.

In all games, one rises as a victor and the other the vanquished. But like all games, there are always lessons learned in defeat or in triumph. To the schools who defended their championship titles, to those who rose in their rankings and to those who unfortunately came in last, congratulations for putting up a good fight.