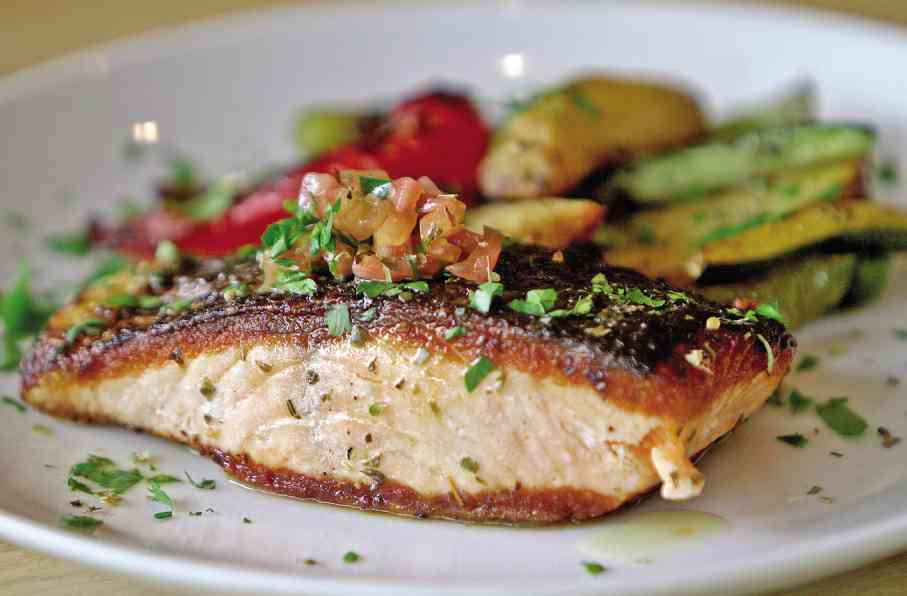 The UP Town Center in Katipunan, Quezon City, has yet to be fully operational, but it has already attracted homeowners and students who attend nearby schools. It teems with dining establishments, many of them first-timers or new dining concepts from established restaurateurs.

One of the new entrants is Kos Greek Ouzeri, located at the back near Ginza Bairin.

Owned and managed by First Gourmet Academy (FGA), the restaurant was conceived so that graduates of the culinary school located nearby at Capitol Hills Drive would have a place to learn the ropes. Since 2009 when the school opened, it has produced over 200 graduates.

Romeo Mercado, FGA president, said the idea behind Kos was to give the graduates a training ground before they work in other restaurants or put up their own.

Swedish chef and FGA director Mats Loo oversees the restaurant with chef Yoli Naluz, a graduate of the school.

“Yoli signed up for a short course at FGA but decided to continue and enroll in a graduate course,” Loo said. Naluz impressed Loo with her skills; eventually, he asked her to join him set up the restaurant.

At Kos, the dips and the freshly baked bread should not be missed. The chef pulled out all the stops, with not just one or two dips but 15 distinct dips.

For example, he paired yogurt and cucumber with garlic and dill (Tzatziki), whipped Greek feta with hot red peppers (Tyrokefteri), diced beets with yogurt and walnuts (Pantzarosalata), and came up with a tapenade-like spread made entirely of piquant Kalamata olives (Pasta Elias)—my favorite.

Loo and Mercado decided on a Greek restaurant because the Mediterranean diet is simple fare made of whole foods, and is known to be very healthy.

“Since we opened, I’ve actually lost 15 lbs,” the chef said. Quite surprising, since being part of the opening team of a restaurant entails tasting and retasting the different dishes.

Aside from the appetizers, the menu includes soups, salads, pasta, seafood, gyros, souvlaki, meat dishes and vegetable side dishes.

“This is food that will keep you full for a long time,” Mercado said.

Before he and his Filipino wife decided to settle in the country, Loo worked on cruise ships for well over a decade. The long-haul trips would take them all over Europe where he and the

kitchen staff prepared the signature dishes of the different islands where the ship docked.

“That’s where I really honed my skills. I learned how to properly make these Greek dishes, so I can safely say the food we serve at Kos is as authentic as it can get without having a Greek chef,” he said.

The restaurant has been operating for a little over three months, but Mercado said that there has been quite a number of repeat customers.

“Regular diners come in, bringing friends who, in turn, bring their own friends. They usually start with two or three mezzes or dips, then move on to a salad or a main dish. People who like Greek food really like Greek food,” he said.