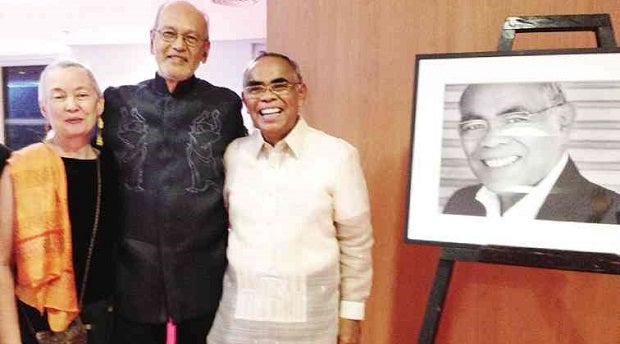 Back to teaching, Dr. Joven Cuanang says medicine is about understanding humans

He reports that he was just listening to the lecture of 2000 Nobel Prize winner and neuropsychiatrist Eric Kandel, author of “In Search of Memory,” on YouTube.

“He figured out the biochemical mechanism of how you retain your short-term and long-term memory. He’s the greatest neuroscientist ever, and idol ko siya. See?”

He is thrilled at the realization. “I have time to do this now!”

And indeed he does, precisely because of his decision to retire. “I’m so happy I survived it,” says the neurologist, teacher and patron of the arts, of his stint.

“There were difficult situations, when people would distrust what nurses and doctors do; that’s always hard, even if what was done was right. Still, I enjoyed it. I thrive under pressure.”

The pressure of getting what was then being touted as a world-class hospital off the ground in 2010 was tremendous.

“Saan na ang mga pasyente?” he recalls thinking at the beginning. “Fortunately we had experience in developing the Quezon City hospital. Still, even with this beautiful complex, how do you start training doctors and nurses? Expectations were very high.”

With the details of operations now out of his hands, Cuanang has more time to go into long-term visioning, which is what he enjoys most. That’s why this former dean of the College of Medicine of the University of the East-Ramon Magsaysay Memorial Medical Center (UERMMMC) is happy to be returning to the academe, as a teacher of undergraduates, residents and fellows, and as chairman of the board of St. Luke’s College of Medicine.

“My job is to integrate the college of medicine with the affairs of the medical center so it will blossom, like a Mayo Clinic, like a Johns Hopkins. In the end, your expectation of the best clinical outcomes will depend on a conglomerate of the people who are doing it, and the technology and systems under which you operate. Five years ago, we decided that if we were to have the good doctors at St. Luke’s, we had to invest in the education of medical students.”

Thus, students who get into the medical school must have a “very high” National Medical Admission Test (NMAT) score of 90, but scholarships are available for honor students.

The hospital, Cuanang reveals, is investing in the school to the tune of P50 million a year to fund the scholarships. It’s an investment “unprecedented in the Filipino setting, maybe even in Asia.”

With the hospital also putting money into research, Cuanang himself wants to go into further studies in neurology, expanding the local data bank on strokes and studying brain tumors and neurodegenerative diseases.

“One thing we have to teach students is how to be continuous learners. Walang katapusan ito. Kung tumigil ka, maiiwanan ka.”

His teaching schedule won’t be hectic, Cuanang assures, because he would rather take his students to the patient’s bedside to observe.

“That’s the best! I see many things that they don’t see. Libro pa sila, eh—ako, libro plus 42 years as a neurologist. Helloooo!”

He taught for so long, Cuanang says, “I have seen a lot of my students become great doctors. I must have had about 150 neurologists and neurosurgeons who went through my classes.

“One day, when I was having lots of problems at the hospital, a package arrived. It was a book written by my former student, now an associate professor at Johns Hopkins. In the preface, he wrote, ‘I owe all of my interest to my professor in the Philippines, Dr. Joven Cuanang, who taught me the rudiments of studying the brain.’ Mababayaran mo ba yon? Nawala agad pagod ko.”

The brain doctor scoffs at the distinction between right-brainers and left-brainers.

“Your whole brain has to work when you’re thinking of something. People have asked me, ‘Why are you interested in art when you’re a doctor?’ Sabi ko, helloooo?!”

‘To keep me sane’

The art in Cuanang’s life has always been there, “to keep me sane,” he says with hearty laughter.

His first art purchase was a book piece by Manuel Baldemor on Antipolo, where Cuanang lives. He became a collector because he wanted to be surrounded by beautiful things, he says.

His famous first forays into contemporary Philippine art to help a group of young artists eventually led to the expansion of his Antipolo residence and gardens into the Pinto Art Museum, where early works by these same artists were displayed like clothes on a clothesline.

When the artists were commissioned to do the huge mural in Pinto, “Karnabal,” that is now a crown jewel in Cuanang’s collection, the doctor would feed them.

“Ang lalakas kumain ng mga yan!” he jokes. Incidentally, those kids would become the Salingpusa group, which included the likes of Manny Garibay, Mark Justiniani, Elmer Borlongan and John Santos, to whom Cuanang will always be “Manong.”

Small wonder then that St. Luke’s is also famous for the eye-popping artworks displayed all over the building. In the main lobby, John Santos’ gorgeous 2009 oil painting, “Lifeline,” draws the eye, a surreal, modern interpretation of medicine.

Cuanang managed to amass a fantastic collection for the hospital through a barter agreement, with the artists getting some kind of medical insurance in exchange for their work.

During the hospital’s opening cocktails, the Santos mural was a hit—which drove up the artwork’s estimated cost from an initial P2 million to almost P30 million today.

After a recent inventory, Cuanang discovered that he owns around 900 artworks, collected since 1987-1988, and he has never, ever parted with a piece.

When asked how he chooses art, he gives an interesting answer: “Chuk,” he says, tapping his chest, mimicking the sound of an arrow piercing the heart.

“Chuk. Regardless of medium or subject. When I enter a gallery, it’s immediate. One scan, and I know what I want. There’s no pattern; they don’t all look alike. Nowadays people keep talking about investing. I say, that’s right, but you have to take a look at the artwork and see how it touches you emotionally.”

Cuanang is also relieved that he has more time to visit his beautiful beachside resort, Sitio Remedios, in Currimao, Ilocos Norte, twice a month (“Before, it would be once every two months!”). He likes to take the hose from his gardener and water his lush garden in Antipolo, a meditative exercise for him, and he settles down to watch old movies by Truffaut or Bergman thrice a week.

Of course, he’s expectedly got a new project brewing. “I was telling my neighbors in our subdivision in Antipolo, ‘Let’s plant trees.’” Turns out that Cuanang has been instrumental in practically reforesting his environs, which were flat, barren land when he first moved there.

“I found out that if you plant one tree and take care of it, the multiplier effect is fantastic. All the trees there came from one narra, in front of my house. Being able to reforest is possible. I’m building an arboretum, with a wellness walk and where children can play, and then a bird sanctuary.”

Come to think of it, nurturing trees should be a cinch compared to molding the country’s future life savers. Cuanang says he considers teaching nurturing work, even as he can be a terror when students lack discipline.

He worries that the current crop of future doctors is exposed to too many distractions—“and if you are into medicine, you need focus. You have to understand what you want. You have to be a professional medical student, which means you have to compartmentalize. And they are too dependent on technology, when medicine is about understanding humans.

“I teach them to look into the eyes and pay attention, because they will see so much. The art of listening and the art of observation are more important than any image the CT scan will come up with. Aside from the knowledge base, it’s the art of taking care of a patient that will mark you as a physician—or a technician!”

True to his name, Dr. Joven Cuanang manages to stay perpetually young at heart because he loves what he does. As he recently said in a message to the golden and silver jubilarians of UERMMMC, quoting Epicurus: “Not what we have but what we enjoy, constitutes our abundance.”

And that’s why this physician will always know exactly how to heal himself.