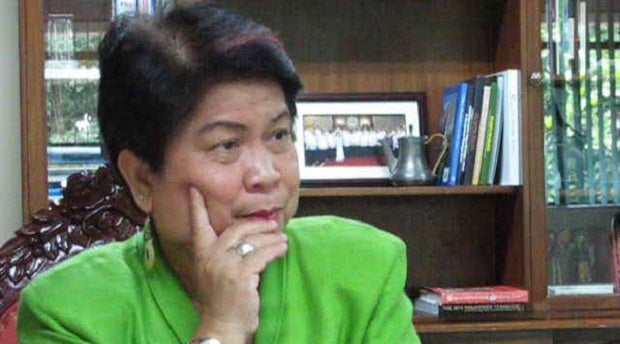 MANILA, Philippines—Social Welfare Secretary Dinky Soliman on Saturday urged those wishing to adopt a child to do it “the right way” by going through the legal adoption or court petition process.

Soliman made the call during the celebration of Adoption Consciousness Week from Feb. 15 to 23. The week-long event aims to disseminate basic information about adoption, including the processes, requirements, benefits and effects.

“Legal adoption offers security and ensures the best interest of the child. That is why the Department of Social Welfare and Development discourages direct placement and is against the simulation of birth certificates,” Soliman said.

This year’s theme, “Legal na Pag-aampon sa Lahat ng Pagkakataon,” emphasizes the importance of adhering to the legal adoption process in every situation, including after disasters.

“This is especially true in the situation of orphaned children in Eastern Visayas where some Supertyphoon Yolanda survivors have taken custody of some orphans in their localities,” Soliman said.

She said Adoption Help Desks had been set up in select SM and Ayala Malls in Metro Manila to provide information on adoption to interested families and individuals.

The desks are manned by social workers from DSWD Field Offices IV-A and IV-B, as well as accredited child-placing agencies such as Norfil Foundation Inc. and Kaisahang Buhay Foundation.

“Children orphaned by Yolanda deserve to receive the proper psychological and material support needed for their recovery,” Soliman said.

The DSWD, in partnership with local government units, international and local nongovernment organizations, has initiated the Rapid Family Tracing and Reunification Program for the registration of orphaned children.

As of December 2013, the DSWD has listed 87 children who were orphaned due to the typhoon.

Soliman said that through registration, the families and individuals who are taking custody of orphaned children can become foster families or parents, and may avail themselves of the benefits provided for under the Foster Care Act of 2012.

In 2012, the DSWD issued the Implementing Rules and Regulations of the Foster Care Act, or Republic Act No. 10165, which includes qualifications for those interested in being a foster parent or providing temporary care to abused, abandoned, neglected children and children with special needs.

The law also includes provisions on adopting a foster child.

The activities for this year’s Adoption Consciousness Week include the launch of the adoption dashboard, a photo exhibit of adoptive families and their adopted children, and a forum on the professional practice of social work on adoption in different settings.

Over 400 kids in orphanages waiting for adoption–DSWD