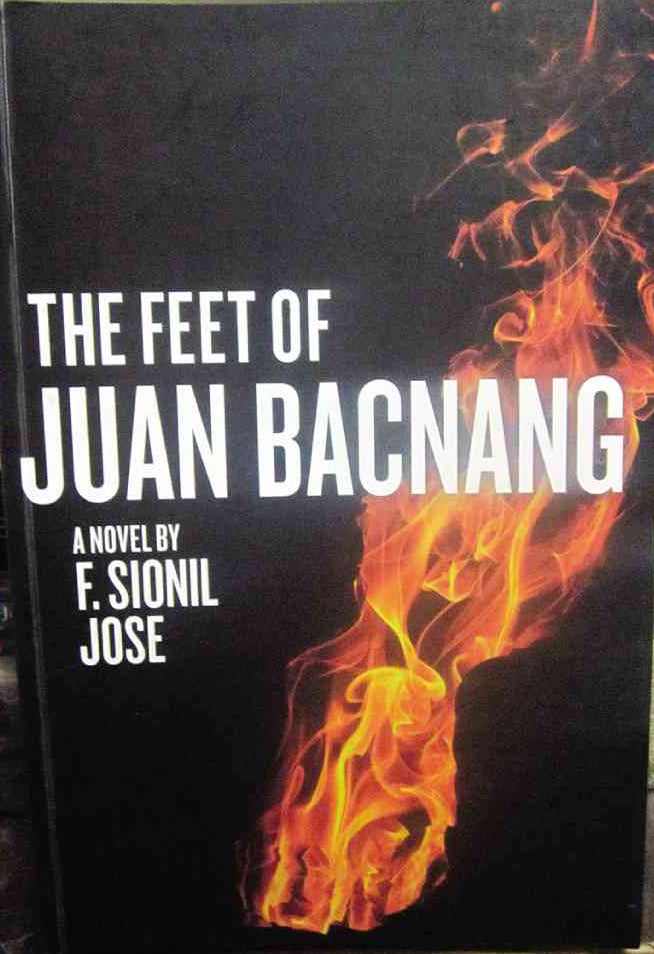 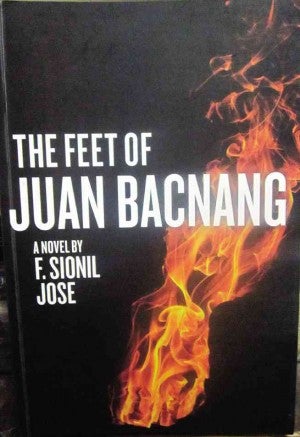 The most recent novel of National Artist F. Sionil José, strangely titled “The Feet of Juan Bacnang,” is, like most of his oeuvre  based on his thoughts, reflections, advocacies—if one may use that abused word—on the state of the Philippines circa late 20th century. Also on his background and experiences, the experiences of others, readings, news reports, common knowledge and the like.

In short, as Hemingway once famously said, the writer invents from what he knows.

The protagonist is a fully realized character named Juan Bacnang, a bastard son of a mestizo senator who becomes Juan Bacnang de la Cruz IV, a low-profile but powerful figure in the political circles in Manila.

Juan (later Manong Johnny) is lusty, handsome, intelligent, charming, ambitious and ruthless. He also has deformed feet, the toes joined by a thick ligament “very much like what forms the webbed feet of ducks.” This unattractive feet, signifying deformity of the body and of the spirit, Juan inherited from his father, Juan de la Cruz III, and he in turn passed it on to his son.

Juan is from the fictional barrio of Nalipatan in the North, the son of a peasant mother seduced or raped by the senator. Juan himself commits homicide, rapes a barrio lass he lusts after, and is forced to flee to Manila where his father, who longs for a son, joyfully accepts him after inspecting his feet.

A highly sexed man, Juan surrounds himself with willing women. He is irresistible to them. He has an incestuous relationship with a half-sister, rescues from prostitution the girl he raped in his barrio, marries an heiress from the South, and keeps his sister-in-law as a mistress.

His major influences are his father and the latter’s half-brother, a shadowy figure simply known as The Leader. He is corrupt, is elected president, and Juan does his every bidding.

There is a political enemy of The Leader, Congressman Nano, who spends three months (not three years) researching in the United States on The Leader’s crimes and other unlawful activities. He is assassinated shortly after returning to the country.

And there is a courageous newspaperman, Tured, who is marked for liquidation.

Any resemblance to real-life events and characters is purely coincidental or just in your imagination, dear reader.

Juan’s aides, bodyguards, members of his private army—all from the North and loyal to the death—leave a trail of blood. All who stand in the way of Sunny Johnny and The Leader are neutralized.

But be careful, Juan. Your actions have consequences for you and your family. At least in fiction, not necessarily in real life. For those who have committed crimes in the past are back with us.

This novel is unputdownable and fascinating, particularly when it dissects the Ilocano culture of clannishness and absolute loyalty to your master.

There is only one thing wrong here: The language, specifically the dialogue, seems a bit stilted. The characters talk the way the author does, not the way they should, considering their background.

The problem is the medium, English. But, of course, one cannot blame José for writing in the language he is most comfortable in. Writing in his native Ilocano will limit his readership, and a literary work in Tagalog may be beyond his competence.

So, English will do. In fact, Churchill’s “all-conquering language” has been kind to José, leading to many translations and international praise from the critics. There is only the Nobel Prize to be won, a signal honor which, alas, keeps eluding him.

“The Feet of Juan Bacnang” is available in Solidaridad Bookstore, tel. 2541068; and National Book Store.