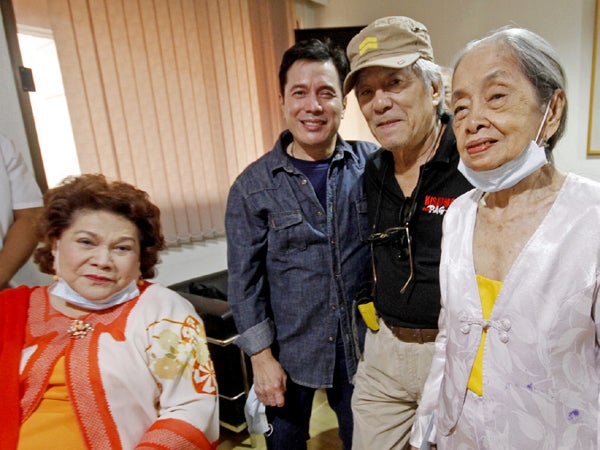 Moreno has been confined in the hospital for more than a month now after he almost asphyxiated on his food and has “aspiration pneumonia.”

However, his doctors said he can be discharged any day now and just be taken care of at home.

Although he couldn’t speak, Moreno was feebly responding to friends who have surrounded his bed to greet him.

Moreno, who is in his mid-80s – his age is something he never reveals – is a pillar of Philippine fashion. He was named National Artist by then President Gloria Macapagal-Arroyo – a selection, with many others (Federico Alcuaz, Bobby Manosa, to name a few) that was ordered rescinded by the Supreme Court last year.