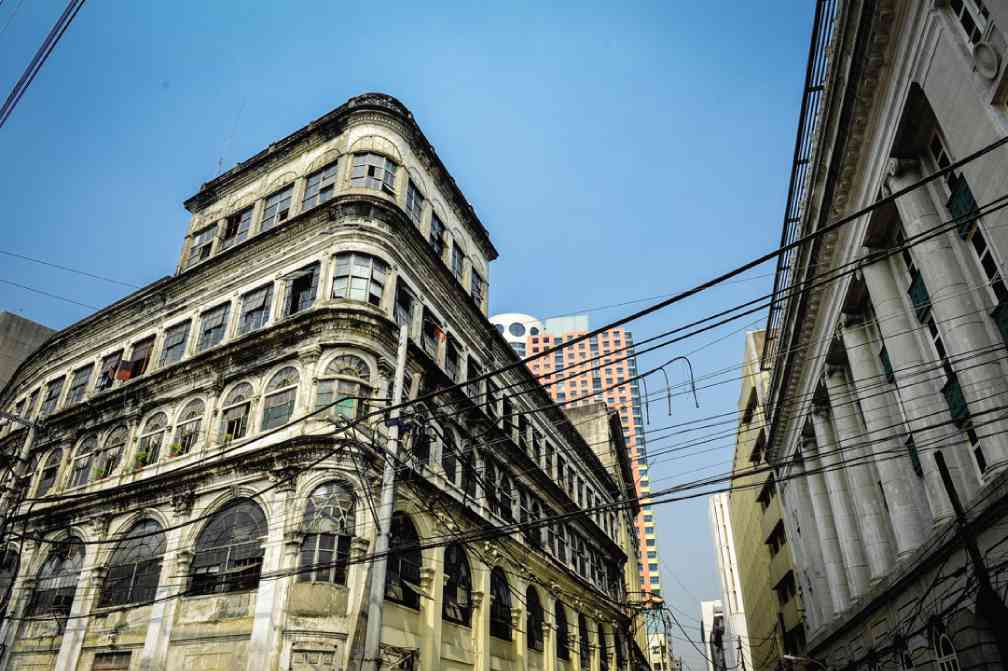 The copper plaque with the engraved name of El Hogar Filipino and the building’s time capsule have been removed, raising fears that the new owner might tear down this century-old heritage structure.

A time capsule “usually has coins, bank notes, newspaper, and the list of people who had participated in the erection of the building,” said Regalado Trota José, archivist of the University of Santo Tomas Archives and former commissioner for cultural heritage of the National Commission for Culture and the Arts.

“So, mahalagang salamin ng lipunan ng gusali ang nakalagay sa time capsule (The contents are essentially a reflection of the society where the building is located),” he added.

The time capsule, said to contain things mostly written in Spanish, was removed together with the copper plaque. It was placed at the back of the latter.

Built in 1914 on the corner of Juan Luna   Street and Muelle de Industria Street  in Binondo, Manila, the four-story structure was designed by Ramon Irureta-Goyena and Francisco Perez-Muñoz with elements of Neoclassical and Renaissance styles.

Described as airy and arcaded, it housed  Sociedad El Hogar Filipino, a financing cooperative founded by Don Antonio Melian, and the offices of Smith Bell and Co.

It survived  World War II and a number of earthquakes. It is one of two remaining American-era structures in the area facing  Pasig River.

Heritage advocates are proposing the building be preserved and converted instead into something similar to what was done on its neighbor—the Pacific Commercial Company Building. The latter  is now called  Juan Luna E-Services; it is located across El Hogar and has been restored and will soon become a call-center hub.

“El Hogar should be given adaptive reuse and converted into luxury apartments,” she said.

The society’s position on the building is to obey Republic Act  10066, or the National Cultural Heritage Act of 2009, which protects, preserves, conserves and promotes the nation’s cultural heritage, its property and histories, and the ethnicity of local communities among others.

Yu is also for the adaptive reuse of the building.

“As for El Hogar, aside from residence, maybe it could serve as a campus for a university,” he said.

Araneta  disclosed that there was a plan to develop El Hogar last year but it was shelved by the National Historical Commission of the Philippines (NHCP) during a meeting called by chair  Maria Serena Diokno because the construction company that had interest in it would like to demolish the building.

The company, which Araneta identified as a certain Pyramid Construction, would like to build “a high-rise (building) decorated with arches on the façade of the first and second stories.”

“They called it the New El Hogar,” she said. “Those present at the meeting tried to convince them to integrate the heritage structure (into the new structure) like they do in Europe, the US, China, etc. NHCP disapproved the demolition.”

The new owner reportedly would like to turn the building into a warehouse.

Earlier reports tagged Megaworld Corporation as the building’s new owner, but its director for strategic marketing and communications, Harold Geronimo, denied it. 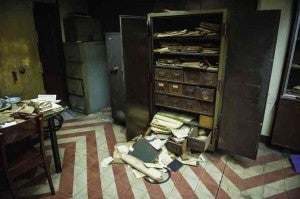 More than two weeks after news broke out that El Hogar’s ownership had changed hands, its security guards became stricter, not allowing anyone to take pictures of the building reportedly upon orders by the new owner.

Upon hearing that the building might be demolished or turned into a warehouse, photographer Kevin Cascon decided to go and take some photos of the historic edifice.

“I didn’t expect to be told by the guards that taking pictures of the building is not allowed. When I asked why, they could not give me an answer and they could not show where the rule was written,” he said .

“The streets of Manila are public space, and as far as I know, a person, whether professional photographer or not, whatever camera he or she uses, has every right to take photographs in public,” he added.

Cascon was on the street outside the building when he was prevented from taking pictures. He has posted his experience on  Facebook.

“Having studied architecture in college,” Cascon said, “I also know the value of preserving and documenting historical treasures such as El Hogar building. They are living testaments to the art and science of architecture of the past; they help us understand the culture of our ancestors; and they are valued all over the world as income-generating tourist destinations and sights.

“Destroying or failing to preserve our cultural heritage is a disservice not only to the country, but also to humanity in general. If we do not value our architecture, we might as well destroy all paintings, sculpture, literature, and other forms of art, along with the buildings wherein they are kept.”

Cascon’s experience was the exact opposite of a group of artists from the Urban Sketchers Philippines who did a “sketch walk” recently at El Hogar.

The group was not restricted by the guards.

“They (guards) never reminded us not to take pictures,” he said.

“Sketching is not as intrusive as taking pictures,” Arlegui explained.

“In numbers, sketching disarms and just captivates people around. That never almost happens when taking pictures. We were making pictures, not taking them. That’s the biggest difference. Of course, some of us took snap shots in the end when they weren’t looking, but I guess the security guards regarded us as onlookers.”