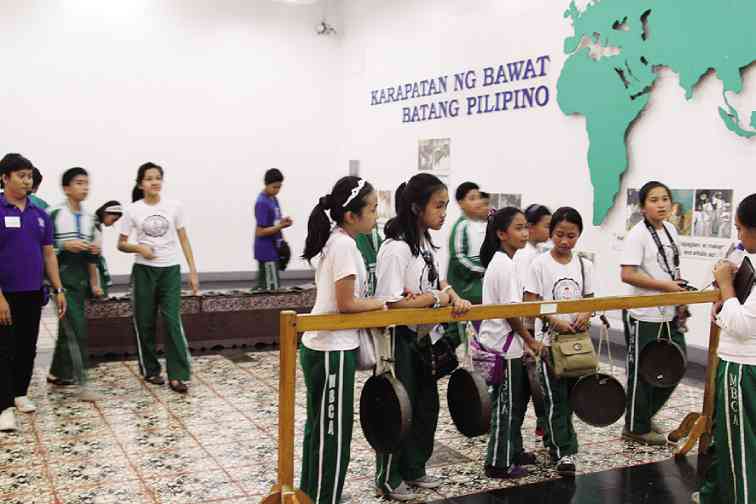 ELEMENTARY students having their field trip at Museo Pambata

CCP’s ‘Pasinaya’: Whirlwind art tour from sun-up to -down

On its 10th year, the Pasinaya Open House Festival of the Cultural Center of the Philippines (CCP) is set to grow bigger as it expands to various museums and galleries in Manila. The festival is on March 16.

“This is the largest multi-arts festival in the country, which involves more than 3,000 artists,” CCP artistic director Chris Millado said. “Last year, we hit over 50,000 (spectators) and we are expecting more this year. That’s why we are expanding our partners.”

In the previous years, Pasinaya was held only at the CCP Complex. Now there will be other venues and centers of activities. Art jeepneys, provided by the Jeepney Arts Festival, will ferry the audience to the other locations, said Millado.

Metropolitan Museum of Manila (Met), Museo Pambata and 1335 Mabini in Ermita are the art spots on the Roxas Boulevard route.

Audiences will be able to view the works of National Artist Napoleon Abueva in the exhibit “Abueva: The Power of Form” at the Met.

The museum is also showcasing the works of different Japanese artists in “Winter Garden: the Exploration of Micropop Imagination in Japanese Contemporary,” and the installation of Colombian artist Nicholas Consuegra.

The Intramuros leg of Pasinaya will visit Bahay Tsinoy, National Commission for Culture and the Arts gallery, and Casa Manila.

“We’ll have a board game that is similar to Othello, the Chinese-style cat’s cradle, and Chinese jackstone,” Bahay Tsinoy director Meah Ang See said. “We’ll teach basic calligraphy, and we’re tentatively looking to having a Tai Chi class if someone is available.”

The Museum of the Filipino People will present historic artifacts, such as ancient pre-Hispanic and Hispanic cannons and traditional Philippine garments.

Jeremy Barns, director of National Museum, said he would welcome the Pasinaya audience to the museum’s two buildings. He added the museum planned to mount classical performances during the festival.

Entrance fees to the participating museums and galleries will be waived as long as visitors get a Pasinaya band for a donation of at least P50.