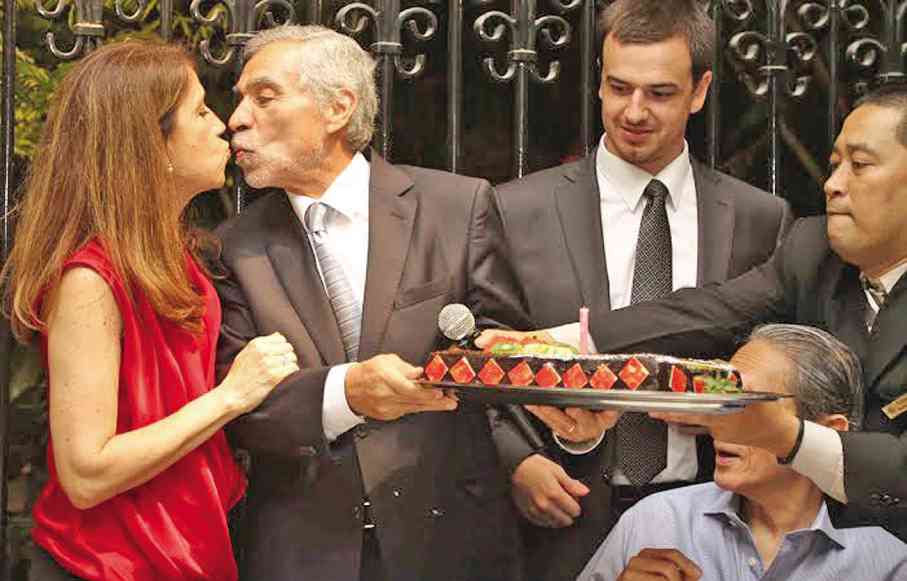 At the birthday dinner of Paulina Silva, her husband, Ambassador of Chile Roberto Mayorga delivered a speech showering her with superlatives.

“She is a fantastic lady, incredible, marvelous,” said Mayorga with enthusiasm.

To which she hammed it up by striking up mock fashion-model poses.

He pointed out that his wife’s distinctive quality is her tenacity. “When she wants something, she fights for it. She gets what she wants.” It was that same quality that made her an effective president of the Spouses of Heads of Mission, a civic group of envoys’ wives.

Catered by Diamond Hotel, the intimate dinner of 60 was attended by mostly Filipino friends and some members of the diplomatic corps. The event should show that the relationship between the two countries goes beyond the merely formal and diplomatic.

Rustan’s president Zenaida Tantoco lived across the street. She invited the couple to the family’s annual New Year’s Ball. Although they had only been in the country for three months, they felt a sense of belonging.

“She embraced us as her neighbors,” said Mayorga.

When the Embassy of Chile organized the Calidad Humana Essay Contest, it partnered with Oscar Lopez’s Benpres Holdings and George Yang’s McDonald’s. Lopez and Yang came for dinner. Lopez is exploring the possibility of investing in geothermal energy in Chile. Last year, his family sponsored the exhibit of Chilean painter Claudio Bravo.

When the Mayorgas first arrived, Jorge and Stella Araneta, the former  also an honorary consul of Colombia, welcomed them with open hearts. Now that the Mayorgas are returning to Chile, Araneta still showed a big heart. He offered the Araneta Coliseum as venue for the Chilean Embassy’s Smile for the World Singing Contest in November.

In all, the birthday party wasn’t just marking Madame Paulina’s milestone, but a celebration of long-lasting friendships. Marge C. Enriquez