War of the Aces and Flores? | Inquirer Lifestyle ❮ ❯ 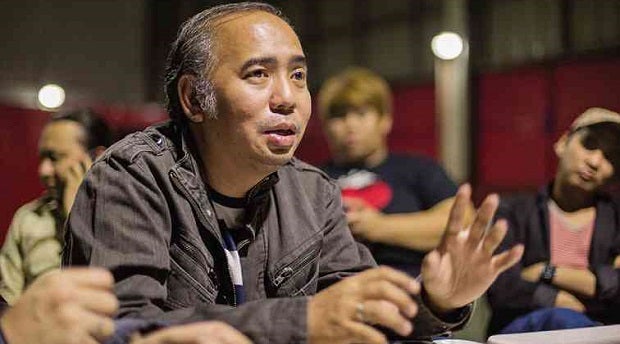 RODGIL Flores, head of Kagandahang Flores, does not reject beauty queen hopefuls since he believes that there’s beauty in every woman hungry enough to ask for his help. JILSON SECKLER TIU

War of the Aces and Flores?

Although Rodgil Flores and Jonas Gaffud, two of the country’s leading beauty queen makers, insist they’re “friends,” their respective supporters, including a number of current protégés, are threatening to tear that friendship apart.

On the night Inquirer Lifestyle visited Flores’ training camp in Quezon City, we were surprised to find beauty contest veteran Mary Jean Lastimosa introducing herself alongside a bevy of newbies and familiar faces.

A favorite among Filipino beauty pageant fans, Lastimosa joined Binibining Pilipinas in 2011 and 2012. Although she didn’t win, she bagged on both tries the lion’s share of special awards, including second runner-up. With Flores’ help, she hopes to finally bring home one of the four Binibining Pilipinas crowns up for grabs come March 30.

What made a good number of people raise their eyebrows is her decision to switch camps from Aces & Queens, headed by Gaffud, to Flores’ Kagandahang Flores (KF).

She didn’t disclose her reason for leaving, but when we asked her how she felt about it, Lastimosa dropped a short, loaded statement: “I’m much happier now.”

“I guess she said that in the context that we had to change everything about her,” said George Garrido, KF’s resident catwalk guru. “We told her to scrap everything and start fresh.”

Flores seemed resigned to the fact that when he decided to accept Lastimosa, his friendship with Gaffud “would never be the same again.”

Although there have been other girls who have switched camps in the past, these movements had been a step up for them.

Tugonon, for instance, left a lesser-known camp two years ago for Aces & Queens, which helped hone her to do well in Miss Universe.

Since KF and Aces are two of the biggest, oldest and most accomplished beauty camps in the country today, what Lastimosa did was akin to moving from one big TV network to another. It was bound to be controversial.

“If they want to transfer, I always tell the girls that I don’t want to hear horror stories about their former mentors,” said Flores. “I just tell them to be grateful to those who helped them in the past.”

Accepting transferees is a group decision, Flores added. He also took a hands-off approach regarding Lastimosa’s decision to leave her old home to join KF.

“I told her to do it properly by letting her former mentors know,” he said. “Since none of the girls is under contract, I also felt that I don’t have to explain to anyone why MJ (Lastimosa’s nickname) is here.”

Gaffud, in a separate interview, merely shrugged at Lastimosa’s decision.

“Personally, I wasn’t hurt because I’m used to show biz and modeling where people come and go,” said Gaffud, who runs talent and modeling agency Mercator.

“Rodgil and I are friends. I remember him saying he didn’t want any trouble or misunderstanding between us. He could have just called or texted me to inform me of MJ’s decision. He didn’t.”

Lastimosa, whom Mark Besana and Arnold Mercado of Aces & Queens accused of initially “trying to lie,” eventually informed them of her decision to switch camps by texting them through Viber, a popular smartphone app.

“It’s the person’s option whether to stay or leave,” said Gaffud. “But if you ask me, they should do it properly by having enough decency to say it in person.”

Gaffud also bristles at detractors for calling his group Ahas (Snakes) & Queens in social media, which he blames for fueling the rivalry and causing a “cold war” between the two groups.

“I’ve come across many stories in a number of websites, including Missosology (a popular website devoted to beauty pageants), saying many things against us, including our supposed penchant to pirate other girls,” he said. “That’s not true. It seems they’re glorifying KF at our expense. They’re advancing the impression that we’re bad and that other camps can do no wrong.”

But members of KF, especially Jerome Balute, a Bicolano and a former member of Aces & Queens, also expressed misgivings about how rivals “lure and intercept” trainees.

Balute claims to have discovered and groomed fellow Albay native Yvethe Santiago, a current Binibining Pilipinas frontrunner and touted as the next Venus Raj, only to see her join Aces & Queens.

“I helped train that girl up to the time she won Miss Bicolandia,” he said. “We were, in fact, waiting for her because she told us she was all set to go to Manila and join KF to prepare for Binibini. Ginagapang na pala nila (the other camp, it turned out, already made moves behind the scenes).”

Balute suspects that “pressure” from the provincial governor and other supporters, who were probably enticed by the other camp, forced Santiago to renege on her promise to join KF.

The supposed enticements, said Balute, included presenting Santiago’s supporters with pictures of Ariella Arida. “It was like saying that if you let us train your bet, we could also produce a winner.”

“Yvethe and I saw each other the other day at a Binibining Pilipinas event,” said Balute. “She tried to approach me as if nothing happened. Since I wanted to teach the girl a lesson, I brushed off her attempt at making beso and told her umalis ka, dadaan ako (get out of my way). She nearly cried.”

It may seem odd for outsiders to see these groups, which supposedly don’t earn anything from such endeavors, warring over turf. But pride and bragging rights, not money, are fueling their drive to attract and train potential winners.

Businesswoman Karen Agustin, a former Binibining Pilipinas Universe and a product of KF, had a more logical take on the issue.

“Even if you have a manager or are already identified with a camp, at the end of the day, it’s still the girl who makes her own decisions,” said the personality development coach. “In fact, all these beauty pageant organizers would prefer that girls don’t have managers when they join. That’s why we don’t manage them.”