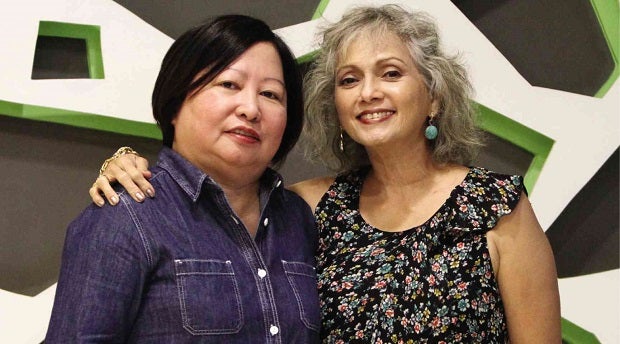 Following the Edsa People Power Revolution in February 1986, the theater industry underwent changes. The Cultural Center of the Philippines saw the exit of Bulwagang Gantimpala (now Gantimpala Theater) and Teatro Pilipino from the complex, and the birth of CCP’s resident theater company Tanghalang Pilipino. Gantimpala and TP are still alive and kicking.

In the private sector, a trailblazing theater entity was also born. Though it has effectively gone into semi-retirement, it seems poised for a big comeback.

Talent manager Girlie Rodis and singer-actress Celeste Legaspi remembers that after Edsa, “the euphoria was there”—and so they rode the wave to found Musical Theatre Philippines (Musicat).

At the time, as Inquirer Theater editor Gibbs Cadiz noted in his blog, “Musicat was a unique undertaking in that it was the only local theater company exclusively dedicated to commissioning and mounting original Filipino musicals.”

Newer and younger audiences may have never heard of these productions before, but “Katy!” generated acclaim anew last year in a restaging by Spotlight Artists Centre, while “Sino Ka Ba” was mounted by Gantimpala Theater from 2011 to 2012.

Legaspi had been headlining concerts in the years leading up to 1986 and had been a member of Tinio’s Teatro Pilipino. She was known for adding theatrical elements to her shows. She did a bit where Max Alvarado and Dencio Padilla came out on stage and exchanged gunfire with Fernando Poe Jr. on a video screen.

“Interactive! It was a hit with audiences at the time,” she recalls.

She also sang duets with herself via video. “Ginaya ako ni Barbra!” she laughs, referring to Barbra Streisand, who would make the set piece a staple in her latter-day concerts.

Legaspi and Rodis, who until now serves as Legaspi’s manager and producer, jumped off from this inherent sense of the theatrical into full-fledged musical-theater production with “Katy!” It had Mitch Valdes as the titular “Bodabil Queen” Katy dela Cruz, and Legaspi as her fictional foil Olivia, with music by Ryan Cayabyab, libretto by Jose Javier Reyes and direction by Nestor Torre.

“We also had Bernardo Bernardo as Tatay, Marco Sison as Peping, Gigi Posadas as Mary Walter, the late Tenten Muñoz as young Katy,” says Rodis. “We were able to invite Katy herself to come and watch. We arranged for her to arrive in a Rolls Royce, wearing a fancy gown by Ernest Santiago. It was always magical when she would come up the stage, looking regal and svelte at 83, wearing three-inch heels.”

Rodis is also the manager of the likes of Joanna Ampil (currently starring as Grizabella in the European tour of “Cats”), Julia Abueva (presently in the West End rehearsing for “Miss Saigon” as a Kim alternate), Rachel Alejandro, Cris Villonco, Arthur Espiritu, Cara Manglapus and Mikee Cojuangco-Jaworski.

But her major joy, she says, is producing original Filipino musicals. Or as Cadiz quoted her: “To this day I still don’t own my house, but I own seven librettos!”

After “Katy!” came “Kenkoy Loves Rosing,” based on the komiks by writer Romualdo Ramos and illustrator Tony Velasquez. It starred Regine Velasquez, Janno Gibbs and Nonie Buencamino. The music was by Bob Serrano (of the singing group Tux) and Archie Castillo, with libretto by Boy Noriega.

“Alikabok,” meanwhile, inspired by Juan Luna’s painting “La Bulaqueña,” was about the Katipunera Bising Vallejo, played by Alejandro. Villonco alternated with Dianne de la Fuente in the title role in a restaging in 2002. The music was by Cayabyab, libretto by Noel Balmaceda with revisions by Legaspi’s daughter Waya Gallardo for the restaging.

“Sino Ka Ba, Jose Rizal?” starred Ogie Alcasid, Mikee Cojuangco, Alejandro and Sam Concepcion (as the young Jose Rizal), with music and libretto by Legaspi’s husband Nonoy Gallardo. It was based on Leon Ma. Guerrero’s “The First Filipino,” a biography of Rizal, with additional lyrics by Rene Villanueva.

Then there was “Larawan,” based on National Artist for Literature Nick Joaquin’s play “A Portrait of the Artist as Filipino.” Tinio, also eventually declared a National Artist (for Theater and Literature), served as both director and translator/librettist (he died a few days before the musical’s premiere).

“Ryan was worried that Rolando wouldn’t like his music, and was overjoyed when Rolando said he was very happy with it. When I first heard the music with Rolando’s libretto, I said to Girlie, ‘This will be our masterpiece,’” recalls Legaspi.

Another Joaquin play—the English-language “Tatarin: A Witches’ Sabbath in Three Acts,” his adaptation of his own short story “The Summer Solstice”—became the musical “Fire Water Woman.” It showcased Jenine Desiderio, Michael Williams and Carla Martinez, plus the music of Louie Ocampo, lyrics by Tats Rejante-Manahan and book by Manahan and Bart Guingona.

“We dared premiere at CCP’s Tanghalang Aurelio Tolentino at the same time the touring production of ‘Miss Saigon’ was showing in Tanghalang Nicanor Abelardo! It’s heartening to note that we were completely sold out. Leo Valdez and Lea Salonga (playing the Engineer and Kim) would visit us while we were rehearsing,” recounts Legaspi.

But in 2007, the partners decided to close down Musicat.

“We ran into some unscrupulous provincial producers who did not pay us. I certainly felt tired of it all,” says Legaspi.

“We realized sadly that although our passion for creating and producing original musicals was strong and sure, the audience that had patronized [our productions] was no longer interested,” adds Rodis.

But you can’t really keep a pair of passionate, driven women down for too long. Musicat resurfaced in 2008 when it staged “Saranggola ni Pepe” for the National Theater Festival (libretto by Waya Gallardo and music by Nonoy Gallardo).

Its discography is now being rediscovered and restaged more frequently. Aside from Spotlight Artists Centre and Gantimpala Theater, even foreign groups have been licensing productions from Musicat.

The Banyuhay Cultural Arts Guild in Doha, Qatar, staged “Alikabok” a few years ago and is planning to stage “Kenkoy Loves Rosing” this year.

“They have empathy with Kenkoy because we turned his character into an OFW,” say Legaspi.

“It’s faster to license from us now with the Internet,” says Rodis. She’s even uploaded videos of “Larawan” (the full musical) and excerpts of “Katy!” on YouTube for the whole world to watch.

“I’m hopeful that audiences are eager to watch Filipino musicals again. Last year’s restaging of Katy! was a revelation and inspiration,” she says.

Musicat has not only resurfaced, it is evolving, says Legaspi. “We’re looking forward to other different undertakings while maximizing our properties. We’re making a film version of ‘Larawan.’ It’s exciting and a totally new challenge.”

“Larawan is my favorite musical,” says Rodis. “It needs to be seen by our youth, to remind them that there was a time when art flourished and our senators were statesmen. That’s why it’s the first of our musicals that we are turning into a film.”

Both Legaspi and Rodis are judges in the first-ever English musical playwriting competition open to Filipinos 18 years old and above, amateurs and published writers alike. The winner will win P1 million. The competition is organized by Ignacio B. Gimenez Foundation, a nonprofit organization dedicated in part to supporting the promotion of Filipino arts and culture.