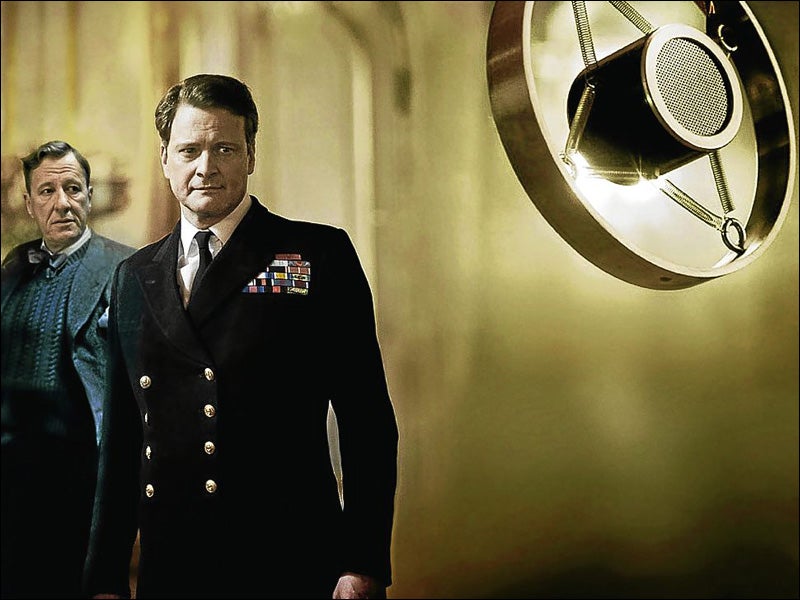 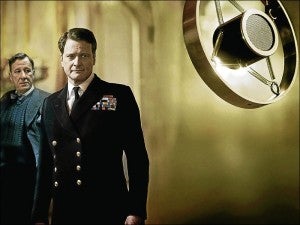 MANILA, Philippines—“The King’s Speech” tells the otherwise not too well-known story of King George VI and his assumption to the throne.

In the film, the King (Colin Firth), originally known as Prince Albert Duke of York, is suffering from a stammer even as he is forced to ascend to the throne after his brother, Edward (Guy Pearce), abdicates to marry a divorced woman, something that is forbidden in the British kingdom.

Fearing that his speech disorder would only humiliate George and discredit his authority on the throne, his wife Elizabeth (Helena Bonham-Carter) employs the services of speech therapist Lionel Logue (Geoffrey Rush), who has unorthodox methods that he claims have been proven effective.

Although by law, Lionel and King George VI are not equals in the British monarchy, the two break from their class distinctions and work together to overcome George’s stammer even as Britain moves closer to war.

More than being a historical British drama, the film comes off as a powerful, touching masterpiece, thanks to its witty script and riveting performances from its main cast.

Although examining the lives of royals and British monarchy always arouses our interest, the real joy in the “King Speech” comes from watching the tour-de-force performances of Firth and Rush, who play King George VI and Lionel, respectively. 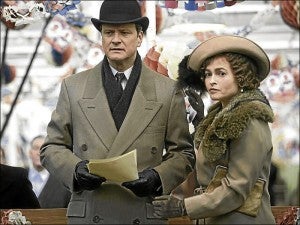 We see the two start off in their proper places—a king and his subject. But as the story progresses, we see them set aside their differences and see each other as equals, at least in the office of Lionel.

Like two proud lions measuring each other, they engage in an emotional battle: On one side is an uptight prince who never thought he’d be king; and on the other, a failed, whimsical actor-turned-speech therapist who uses unconventional methods on his patients.

Lionel insists they call each other on a first name basis—“my turf, my rules”—to which King George VI, or Bertie, as he is commonly called, initially objects but later realizes the therapist may be his only hope and only friend in the world.

It is the unique relationship between the king and the commoner that becomes the source of the film’s drama, joy and comedy. During their sessions, they argue bitterly, share a few drinks, achieve progress on Bertie’s disorder, exchange personal stories, and suddenly cease all contact after Lionel’s persistence leads us to discover that George’s horrible childhood may have been the main cause of his stammer.

But in the end, true to the predictability of a feel-good film, they find common ground.

Firth couldn’t have done any better in portraying and humanizing a King whose confidence has been dealt a serious blow because of his stammer. The silences between syllables, the words seemingly stuck in his throat while delivering an important address, and the embarrassment on his face—Firth delivers these perfectly.

Rush, as Lionel, is the exact opposite. He mocks the British monarchy, eschews all formalities, and provides the much-needed light moments and comedy in a heavily dramatic film.

The other cast members also give laudable performances. It’s nice to see Bonham-Carter not in a bizarre outfit or in a merciless mood. She, instead, portrays a genuinely concerned wife who wants nothing but the best for her husband, their children, and the future of Britain.

We also see a stellar performance from Derek Jacobi, who plays the Archbishop of Canterbury. But Timothy Spall, who stars as Winston Churchill, almost makes a parody of his role as he acts it out like he was in a cartoon.

In the end, the film still belongs to Bertie and Lionel. Everything else builds up to that one moment of both triumph and tragedy—where Bertie delivers his radio speech and declares war on Germany while being gently guided by Lionel. Here, the two create the film’s most inspiring moment, showing the culmination of all of their struggles together.

“The King’s Speech” is exclusively showing at Glorietta 4, Greenbelt 3 and TriNoma.