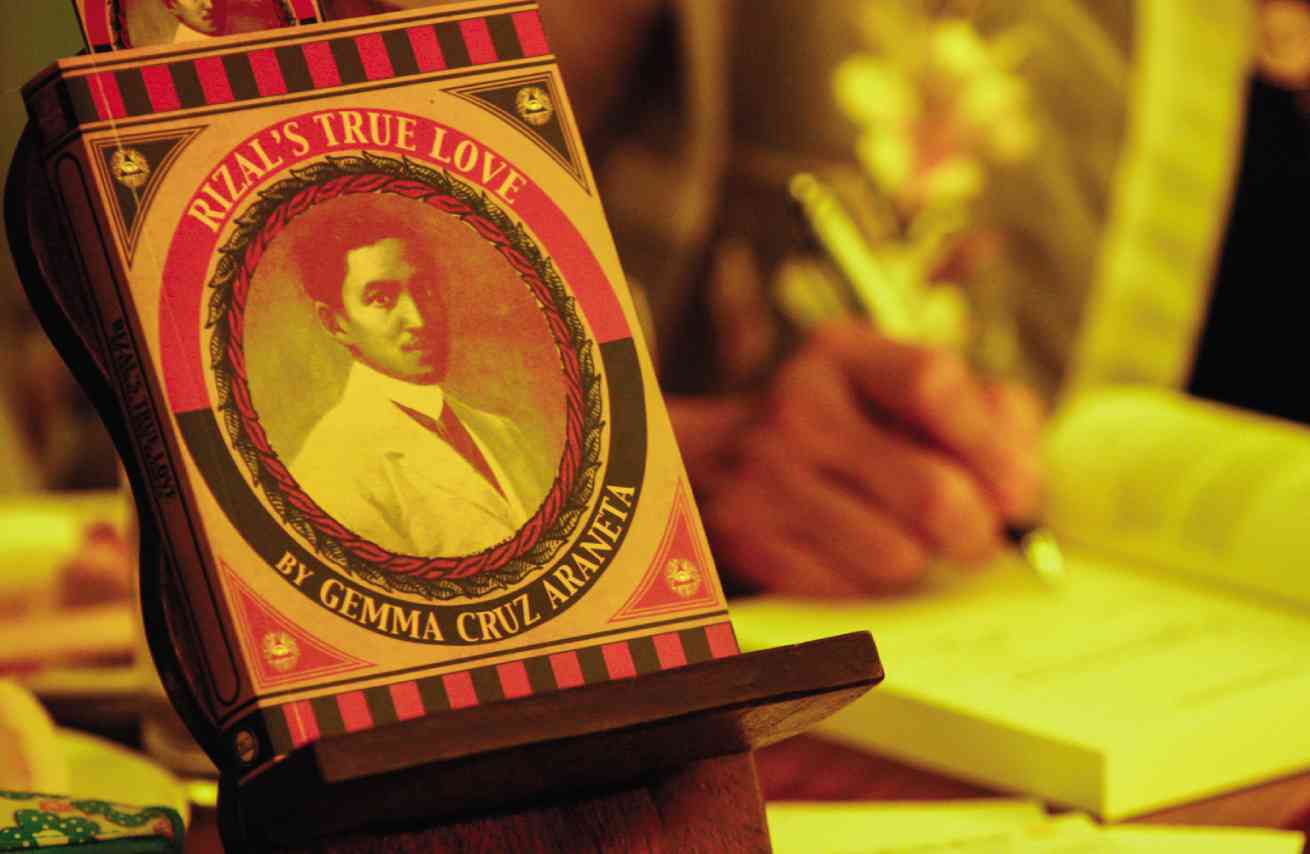 The phrase “beauty and brains” would be too simplistic, if not downright insulting, in describing Gemma Cruz-Araneta.

The newspaper columnist who specializes in the dissection and analysis of historical events is also president and chair of the Heritage Conservation Society, the private group that safeguards architectural treasures around the country.

She served as Tourism Secretary during the Estrada administration, but is probably best known as the first Filipino Miss International who donned the cape and wore the crown 50 years back.

Araneta’s deep level of exposure to culture and history could be considered a happy blend of biology and circumstance.

She comes from a family whose earlier members were afforded front seats in significant historical events.

Respected diplomat Leon Ma. Guerrero III, one of the country’s first substantial multi-hyphenates, was an uncle.

Araneta regarded her grandfather and grandmother Filomena Francisco, the country’s first woman pharmacist, as admirers of the national hero.

It was her lola who pointed out Araneta’s biological link to Rizal. And for that, the little girl was to “study well, behave, and not put the hero to shame.”

Meanwhile, stepfather “Daddy Nakpil” would sneak out of the main hall of San Agustin Church during the Sunday Mass sermon and admire its centuries-old architecture.

“Siguro I was 8 or 9.  Sumusunod ako sa kaniya and he would explain to me all these arches, their names. ‘Look at this painting, this is St. So-and-so… During those days they would build these churches made of adobe.’ Mga ganu’n,” Araneta noted.

She said it was those observations made by adults that awakened her interest in culture and history.

“When Daddy Nakpil and Mommy got married, we were invited to go to that house in Barbosa, and I saw this Julio Nakpil. I asked my mom, ‘sino ’yan?’  He was an imposing figure. Cotton pajamas and looking very ancient,” she recalled.

Cultural watchers were no longer surprised when Araneta launched her seventh book, “Rizal’s True Love,” on March 12 at the Brida Bistro at the Power Plant mall in Rockwell, Makati.

Atmosphere played a vital role in the event.

The restaurant was spruced up like a patio with potted plants and white metal grills reminiscent of gates and barandillas of mid-century houses of the Filipino upper class.

Guests were treated to a feast of Spanish-Filipino-inspired merienda of ensaymada, torta España and chorizo pan de sal. And the shopping bag that came with each copy of the book was the exact shade of red of the Katipunan flag.

The belle of the tertulia wore an embroidered barong cardigan over a simple black outfit. She autographed copies of her book atop an antique desk that also carried a life-size bust of the national hero.

Much has already been said about Araneta wanting to stress a point about the new book’s title.

Rizal’s greatest love is no one among the ladies he was linked to during his time. It remained his beloved country, Filipinas, until his martyrdom in Bagumbayan.

Araneta had rolled her eyes countless times when, as vice chair of the Manila Historical and Heritage Commission created by Mayor Alfredo Lim, students of Philippine history would flock to her office and nudge her with inane questions about her great-granduncle’s love life.

It seemed there were only two things about Rizal that stuck with the young ones (and even among journalists tasked to do their yearly features on him): Rizal the Macho had a string of girlfriends, and that he was shot at that site that has turned into a lovers’ promenade.

Worse, many of these students had no clue why the Spaniards ordered Rizal’s execution.

Of course, Araneta had also heard about that outrageous urban legend that Rizal fathered Adolf Hitler.

“Bakit ganu’n? Maybe the course was not being taught properly?  Or baka naman ’yung teacher ayaw mag-research,” she surmised.

And to the peskiest student who would insist on knowing whom Rizal “loved best,” Araneta had only this to say: “Hindi ko kilala ang mga girlfriends na ’yan!”

Good thing that Lim was committed to instilling love for country among the Manileños, she said.

Every time the mayor was set to unveil a historical marker or lead the commemoration of a historical event in the city, he would ask her to do research and use the input to “craft relevant messages and eulogies” to remember which hero and what happened.

The materials, usually sought from the library of the Lopez Museum, would eventually find their way to her column in the Manila Bulletin.

One fine day, a school principal suggested that Araneta compile her research and the resulting columns on historical figures and events and turn the effort into a book.

At the book launch, Araneta urged her friends to buy extra copies that would be sent to Manila public school libraries.  The books would carry the donors’ names, and the beneficiary schools’ principals would issue a receipt to acknowledge their generosity.

With that girlfriend thing done to death, Araneta wishes that 21st century compatriots would instead focus on Rizal’s insights.

Had Filipinos taken these to heart a long time ago, the country would probably be in a much better place than it is right now, she said.

In one entry, Araneta lamented that Rizal died young but left “an almost bottomless trove of knowledge and wisdom, including a veritable plan for nation-building, a blueprint for strengthening our national character and identity.”

“He clearly indicated in his writings what every Filipino should do. For example… there is a lot to learn from other countries, but stressed the importance of knowing everything there is to know about our own native land,” she noted.

Rizal’s used his exile in Dapitan to experiment in urban planning and engineering, and that was in the 19th century, Araneta said.

Politicians, more specifically, would save time and cash studying Rizal instead of enrolling in Public Administration courses taken grudgingly to beef up their resumes.

Araneta noted that successors of previously elected officials “indiscriminately demolish everything their predecessors had begun and accomplished. As if respect for history were an anomaly, the proverbial wheel has to be reinvented each time (a new administration takes over).”

“It seems that our political leaders who ostensibly aspire for national regeneration have never bothered to read Rizal, much less heed his advice. Rizal said they should possess a high level of morality, which is definitely an ‘intense and serious requirement.’ That is the standard he set,” the columnist insisted.

One of the issues Araneta stressed in the book was the global mindset that Rizal and his colleagues developed during their stay in Europe.

Contrary to his playboy image, Rizal admired the independence and assertiveness displayed by European women.

Which was why he encouraged the women to Malolos to study, think wisely and raise children capable of critical thought.

A weak and unlearned woman, he implied, had little use in society.

The tome does not concentrate on Rizal. Discussions on his contemporaries including Marcelo H. del Pilar, Mariano Ponce, Apolinario Mabini, Antonio Luna and Bonifacio are plentiful.

Araneta pooh-poohed the spin made by local Marxists in the 1960s who polarized Rizal and Bonifacio in supposedly conflicting camps.

One chapter quoted Dr. Floro Quibuyen of the University of the Philippines and Sydney University arguing that Rizal was a revolutionary, contrary to claims made by Teodoro Agoncillo and Renato Constantino.

“He began as a reformist, a Propagandist, but eventually espoused revolution,” Araneta said.

She also said Quibuyen “expounded on Rizal’s concepts of what a revolution is not, his political strategies, his analysis of the true causes of social ills in the Philippines, his plan to study the Cuban anti-colonial war in situ.”

Araneta said her elders already raised the alarm in the 1950s when Philippine history was taught “from a colonial point of view.”

Teaching in the following decade swung to the other extreme when history “was squeezed into a Marxist mold and purveyors of ‘class struggle’ made our heroes fight each other (Rizal against Bonifacio, Ilustrados versus Katipuneros, etc.),” she added.

Araneta lamented that Philippine history “became divisive when it should be a tool for national unity.”

George Aseniero, who wrote the introduction to Araneta’s book, said Rizal was painted as “enemy No. 1” for allegedly refusing to espouse revolution.

The scholar also took up Rizal’s alleged retraction just before his execution.

“A lot of books (have been) written about the retraction during his last hours, (that) he succumbed to a crisis of faith and retracted, took back everything he said that was offensive to the institutions of his time,” Aseniero said.

Aseniero also said Araneta wrote her pieces in an informal tone that makes it easy for young students to relate to.

But then, senior citizens have no excuse missing out on this book either. Check out the large font. It makes all the difference.