The Knight and the Bouillon Cube | Inquirer Lifestyle ❮ ❯ 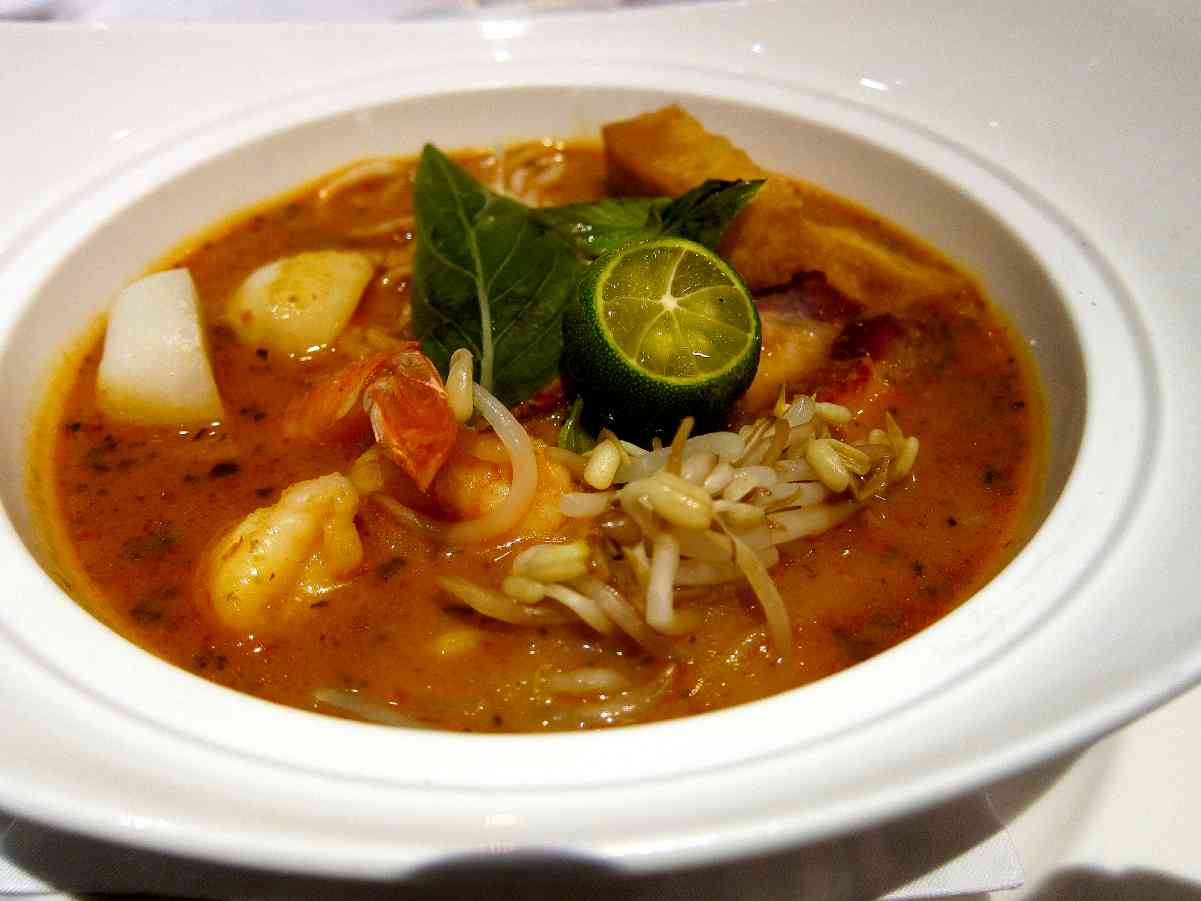 The Knight and the Bouillon Cube

WHILE being a member of a gourmet club is fun, you don’t have to be a knight to honor and enjoy good food

I HAD an interesting conversation with a new inductee of the prestigious La Confrérie de la Chaîne des Rôtisseurs, an exclusive society founded in Paris in 1950 that is described on the web as “devoted to promoting fine dining and preserving the camaraderie and pleasures of the table”:

Margaux: So you have now been “knighted” as a gourmet. Naks. Do you cook?

Inductee: Well, I’m still a believer in the bouillon cube.

Flashback to 2004 when I had my first conversation with foodie couple Romy Dorotan and Amy Besa in the (now gone) one and only Filipino restaurant in New York’s SOHO district, Cendrillon. Amy ranted, “On our last trip to Manila, we went to this fine dining Filipino restaurant and were so disappointed that they use bouillon cubes! Why can’t they make their own stock?”

How do you know they used bouillon cubes, I asked. “You can taste it,” they said emphatically.

But this is not to say that this man’s sacrilegious preference for the bouillon cube is reflective of the society’s appreciation of gustatory pleasures. As a matter of fact, at the Chaine des Rotisseurs “Tryst with Madame Ning” at The Peninsula Manila last March 14, when they inducted new members – the sacrilegious pakwan sinigang maker among them – they showed not only their passion but their understanding of, and commitment to, all things gourmet.

When you become a member, you are given an identification card that reads “Membre Gourmet Degustateur” (which Google translates to “Member Gourmet Taster”). Fancy enough, under the member’s name reads “chevaler” or, translated, “knight.” Oh Lord!

The knighthood event was fit for a king. At this induction for its new members, the Rigodon Ballroom of The Peninsula displayed two very long banquet tables dressed with centerpieces as tall as Charice Pempengco, made even more dramatic by the dim lights effecting purple hues. Coined “Tryst with Madame Ning,” the banquet engaged the services of over 20 chefs and over 30 waiters.

Of the items on the menu, most outstanding were the foie gras as it tasted rich yet delicate and not heavy on the tongue, while the prosciutto that circled it was ever so thinly sliced, adding just the right amount of porky saltiness. The fig-apple compote punctuated the dish’s salty nature with a tart sweetness, completing the duel of flavors. Also head- or rather, tongue-turning was the tandoori prawn and scallop. It was very fashion forward how the chef incorporated Indian flavors into the seafood and how the “knights” paired this with a German reisling (Richter Mülheimer Sonnenlay Riesling Zeppelin label 2008). And though my pleasant but peasant personality did not agree with all of the knights’ wine selections, I did fall in love with the Salon de Ning Champagne Rose Brut.

But I don’t believe you need to be part of a society to “develop gastronomic values.” What you need is the desire to seek out good cooks and eat!

On her last trip, since we could not go all the way to Bulacan for authentic home cooking, Amy Besa made arrangements with Chef See Cheong Yan, culinary head at Enderun Colleges, to whip up his mom’s legendary laksa. There was no fancy wine pairing, no dress code, no pomp whatsoever, just really good noodle soup. It was an experience of flavors from the chili to the coriander creeping, then clinging onto your tongue before the noodles would usher them away in preparation for the next sip. A peasant dish – no knights here – but a memorable celebration of food nonetheless.

On another night, there was just a comparison of coffees at the restaurant Mamou: the beans of Benguet versus those from Basilan. Sip and savor, taste and learn.

So while a society is fun, you can fight for your gourmet-hood without a society. In the world of food, everyone’s a knight! Well, except maybe the bouillon-using sinigang maker. He’s a jester. And except the following ladies who have helped me develop my own “gustatory values”: Amy Besa, Glenda Barretto, Nana Ozaeta, Felice Sta. Maria, Myrna Segismundo, Jill Sandique, Micky Fenix. They’re goddesses. •