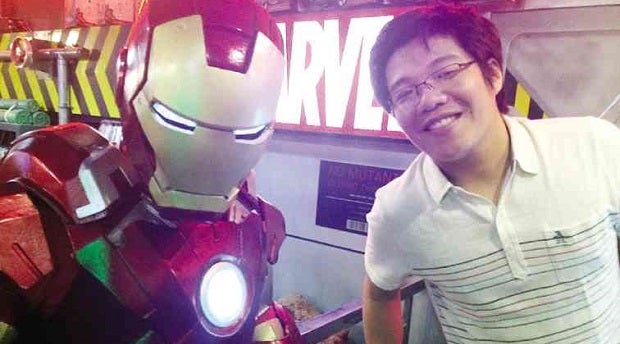 It’s amazing, uncanny and mighty that Marvel Comics commemorates its 75th anniversary in 2014 with the “House of Ideas” having unleashed the likes of Spider-Man, Fantastic Four, Avengers, Iron Man and X-Men throughout that time and tracing its origins to 1939’s “Marvel Comics” No. 1. This year also brings the newest addition to the Marvel Studios cinematic universe: “Captain America: The Winter Soldier.” The new movie, which has Chris Evans reprising his role as Steve Rogers, is a sequel to 2011’s “Captain America: The First Avenger.”

To celebrate this milestone, Kapow! Universe—the authorized retailer of Marvel merchandise in the Philippines and the first Kapow! Store in Southeast Asia—had for its first special event a small exhibit and comic book signing at its Glorietta 5 store in Makati recently. The event featured artists who did sketches for fans in Kapow’s own version of artists’ alley.

The event’s featured guest was superstar comic book artist Leinil Francis Yu, the Filipino talent who had drawn all of Marvel’s iconic stars and most prominently provided the art for the “Secret Invasion” series. Yu graciously sketched, posed for photographs and even fielded questions from fans. For example, his favorite character to draw was Wolverine; no surprises there, but he said his second favorite character to draw is the teleporting mutant Nightcrawler. Didn’t expect that, did you? After all, Yu first came into prominence drawing the X-Men. Yu’s work will again be seen gracing the flagship series “Avengers,” beginning with No. 29 in May.

Never one to forget comic history, Kapow! Universe also exhibited key issues featuring Captain America and the other characters appearing in “The Winter Soldier” such as the Falcon, Black Widow, Nick Fury and Bucky Barnes. These classic issues solidify the timeline for the Star Spangled Avenger, who first appeared in 1941’s “Captain America Comics” No. 1 and created by Jack Kirby and Joe Simon, two of comicdom’s most esteemed creators. It’s a testament to the dynamism of Captain America that a character created during World War II can still have thrilling adventures in the 21st century.

Kapow! also took the opportunity to launch the three Marvelously cute Funko Pop! Vinyl collectible figures from the new film: Captain America, Black Widow and the Winter Soldier himself. These figures combined the mystique of the new movie and the plastic sweetness that Pop! is known for. Check out the head on that Cap figure.

“We had a really great day at the store! We got the chance to meet a lot of people who shared their passion for everything Marvel,” said Kapow! co-owner Ivan Guerrero. “The best part was seeing everybody geek out at different points during the day. Everybody, from the guest artists, to the customers and even the event organizers, found something to go gaga for! I think that really speaks millions about the way Marvel stories brings together the fandom.”