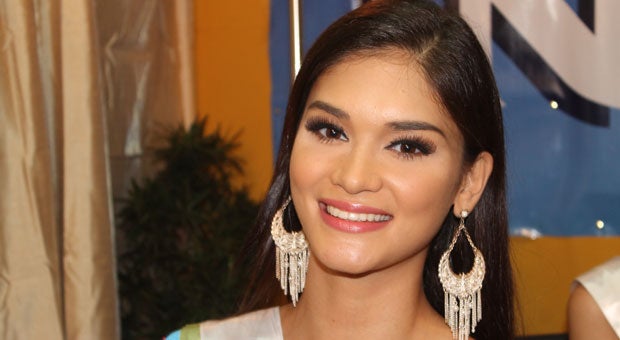 Netizens think it did.

The names of both the senator and the actress-turned-beauty queen occasionally trended on Twitter on Monday, with pageant fans weighing in on the controversy.

Many believed Angara’s decision to ask in Filipino threw off Wurtzbach, who hails from Cagayan de Oro and lived in England.

“Ano yung pinakamagandang leksyon na maituturo ng isang babae sa buong mundo (What is the most important lesson that a woman can tell the world)?” Angara, who was among the competition judges, asked.

(The lesson that a woman may impart to the world is having trust in herself. What you call intuition. If you have intuition you will be able to find your place in the world. Even if you are not sure with what you feel or think, if you are intuitive, then you will become successful in whatever you do in your life.)

Before giving his question, Angara asked Wurtzbach, “Okay lang ba Tagalog (Can I ask it in Tagalog)?”

The 24-year old did not win any crown during the Bb. Pilipinas pageant but bagged special awards from the contest sponsors. She received the She’s So Jag Award and was hailed Miss Philippines Airlines.

Fans of the actress, who is a former talent of ABS-CBN’s Star Magic, said it was Angara’s fault why Wurtzbach didn’t place in the competition. Meanwhile, others defended the senator, saying he shouldn’t be the one to blame.

Even the Instagram accounts of both Angara and Wurtzbach received unsolicited comments from netizens.

Nevertheless, the actress, posted on Instagram, “Grateful that I was able to experience what it’s like to be a part of the pageant world. When I placed 1st runner up last year, I gave all my time, effort & love to my job. I had so much fun! I just tried again because I wanted to know of this was really meant for me. But how do you know if you don’t take chances, right?” 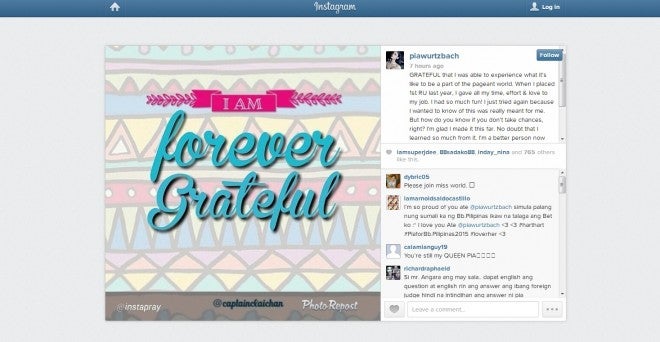 “I’m glad I made it this far. No doubt that I learned so much from it. I’m a better person now than I was a year ago. Thank you to my mentors from Aces & Queens for teaching me everything I know & transforming me! & to my supporters for pushing me & encouraging me. Thank you!!! Time to turn the page & move on to a new chapter!” she added.

Wurtzbach, known by her screen name Pia Romero, was born in Stuttgart, Germany but raised in the Philippines before spending several years in England. She was the sole runner up in last year’s Binibining Pilipinas competition.