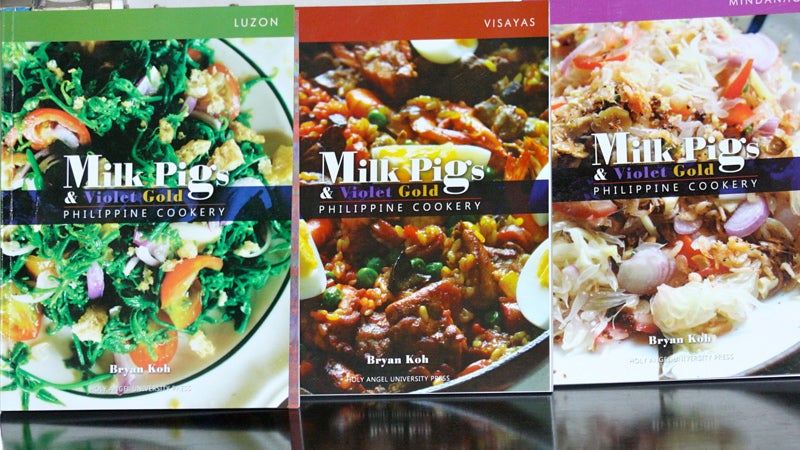 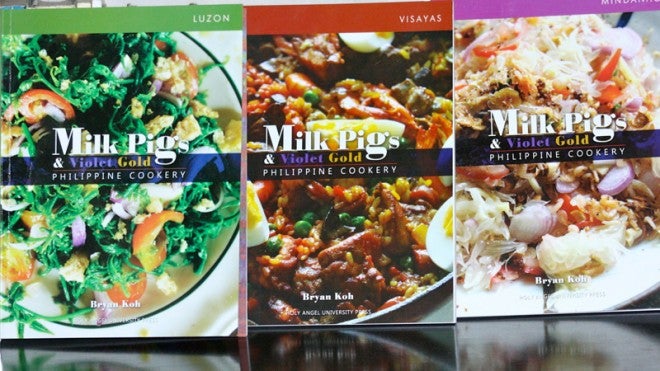 Their gratitude to the 30-year-old Singaporean was well placed.

Koh must have been the first foreigner to produce a wide compilation of recipes painstakingly gathered from local cooks through meals in public markets, restaurants, carinderia (eateries), cafés and private kitchens from Aparri town in the northern tip of Luzon mainland to Zamboanga City in Mindanao.

Accompanying the recipes were good photographs, light accounts and a helpful glossary and index.

“It’s an authentic snapshot of Filipino cuisine,” Koh told the Inquirer, speaking of his three-volume book that is arranged according to the three main islands of Luzon, the Visayas and Mindanao.

It was copublished by Holy Angel University’s Center for Kapampangan Studies (CKS).

“I did not want to come across as an authority. I’m on a journey. I’m just a scribe,” said Koh, a mathematics major from National University of Singapore, the same university where the idea for a Southeast Asian cookbook cropped up before he took up Master of Management in Hospitality at Cornell-Nanyang Institute.

“This goes way back, from my yayas (nannies),” he said.

He was 2 years old when Baltazar worked for the Koh household beginning in 1986. She made adobo, sinigang and pinakbet weekly fares, he remembered.

Koh said Baltazar left in 1997 when she reached her 50s and moved to her relatives in Canada.

Mendoza cooked the same meals and introduced more fish dishes as she worked from 1997 until she left for Russia in 2009.

“They were two of the best cooks in the household. It’s a different experience when the cooking comes with care and love. I was fortunate to be exposed to such food,” Koh said.

He said he was grateful to his nannies because they allowed him to cook with them. “They gave me the foundations,” he said.

He honored them by relating how they cooked the family’s favorite meals.

It was when he took an assignment, as a freelance journalist, that he encountered The Farm, a place for wellness in San Benito in Lipa City in Batangas province, in 2008.

“After eating their raw food, I was completely riveted,” Koh said.

That was when he decided that he would write a Southeast Asian cookbook by starting with the Philippines “by learning more, going into the unexplored [cuisine] that few cookbooks pursued and understanding why Philippine food is misunderstood.”

“Two years ago, I got an e-mail signed ‘K. Bryan’ who asked for my mom’s recipe for tidtad (dinuguan or blood stew), which had two kinds of blood. He found this out from Ajinomoto’s book, ‘Pinoy Umami on Mekeni’s Meals,’” Castro said.

This, he said, began their friendship.

“[Koh] got around from the kindness of total strangers,” Castro said, pointing out that many Filipinos helped Koh complete his adventure.

“Thanks for celebrating our cuisine,” Tantingco told Koh.

“He’s no more a stranger to the culinary delights of our country,” Castro said.

To go global, Filipino cuisine should not compromise