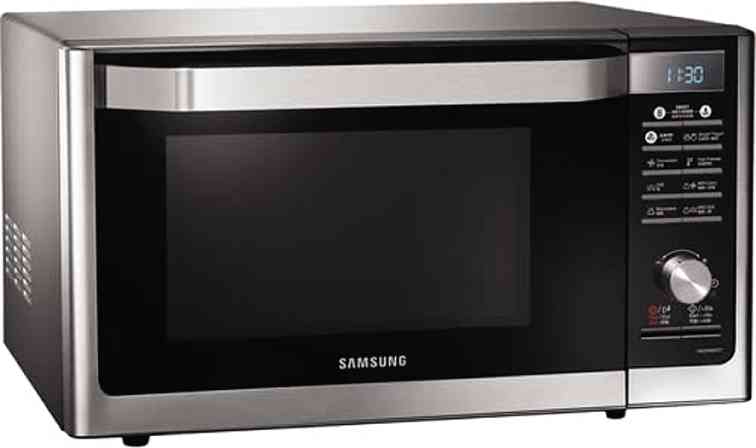 The Smart Oven has a Slim Fry function that allows you to fry food the healthier way.

The future is here.

Home appliances just got smarter. No longer are they mere machines whose sole purpose is to help people with their daily rituals. The innovative minds behind Samsung Electronics have come up with units that are so smart they almost do the thinking for their users.

The conventional microwave, for instance, may soon become a thing of the past. That may as well be, considering it was invented right after the World War II. With Samsung’s Smart Oven, reheating food no longer means nuking out essential nutrients. Quite the contrary, food preparation just got healthier.

Its Slim Fry function for example, guarantees healthier cooking without sacrificing on flavor. Just brush oil lightly on uncooked food, such as sliced potatoes or salmon, and they will come out fried and crisp sans all the excess oil.

The Smart Oven comes with preprogrammed recipes for yogurt-making and dough-proofing.

Cooking for dummies is  easier with state-of-the-art sensors that automatically determine the food’s temperature—whether it’s fresh, frozen or chilled—and adjusts heat accordingly so food is never overcooked or undercooked.

There’s no need to worry about escalating electric bills either. Equipped with Samsung’s Digital Inverter technology, the desired temperature is maintained without the unit frequently shutting on and off. Less energy fluctuation translates to up to 60 percent less electricity consumption compared to the conventional A/C.

The Smart Air Conditioner also comes with a Virus Doctor that neutralizes air contaminants to ensure only clean air is produced. This safety feature has earned numerous awards, including AHR Expo Innovation Award, Air Day Minister of the Environmental Award and the Jang Young Sil Award.

The unit can be remotely controlled via a phone app so a user can schedule its operation, turn the A/C on or off, or select an operation mode or temperature anytime, anywhere where a Wi-Fi connection is available.

A kitchen conversational piece is the new Food Showcase Refrigerator that has two overlapping doors—a thin metal cooling door over a showcase door—thus turning stored food into a showcase of sorts.

A Showcase fridge is accessed by opening the thin metal door, allowing one to view stored food while deciding which one to pick. This way, food remains cool as cool air is sealed in more efficiently until the door is fully opened. It also provides a quick access to the condiments stored in its shelves.

Storage in a Showcase ref is divided into three family zones. The upper portion may be the cooking zone, where raw food and ingredients are stored. The middle portion is the family zone for food consumed regularly and the lower portion is the kid zone where children can easily reach for their favorite snacks.

The Food Showcase Refrigerator comes equipped with Digital Inverter technology enclosed in an elegant touch display that shows temperature in the fridge and freezer.

Also out this year is the Front Load Washing Machine that comes with Ecobubble technology. This eliminates the step of washing clothes in warm water. Detergent is now completely dissolved even in cold water, so energy is saved, cutting laundry time in half.

It produces less noise than the conventional washing machine, and also come with the Digital Inverter technology.