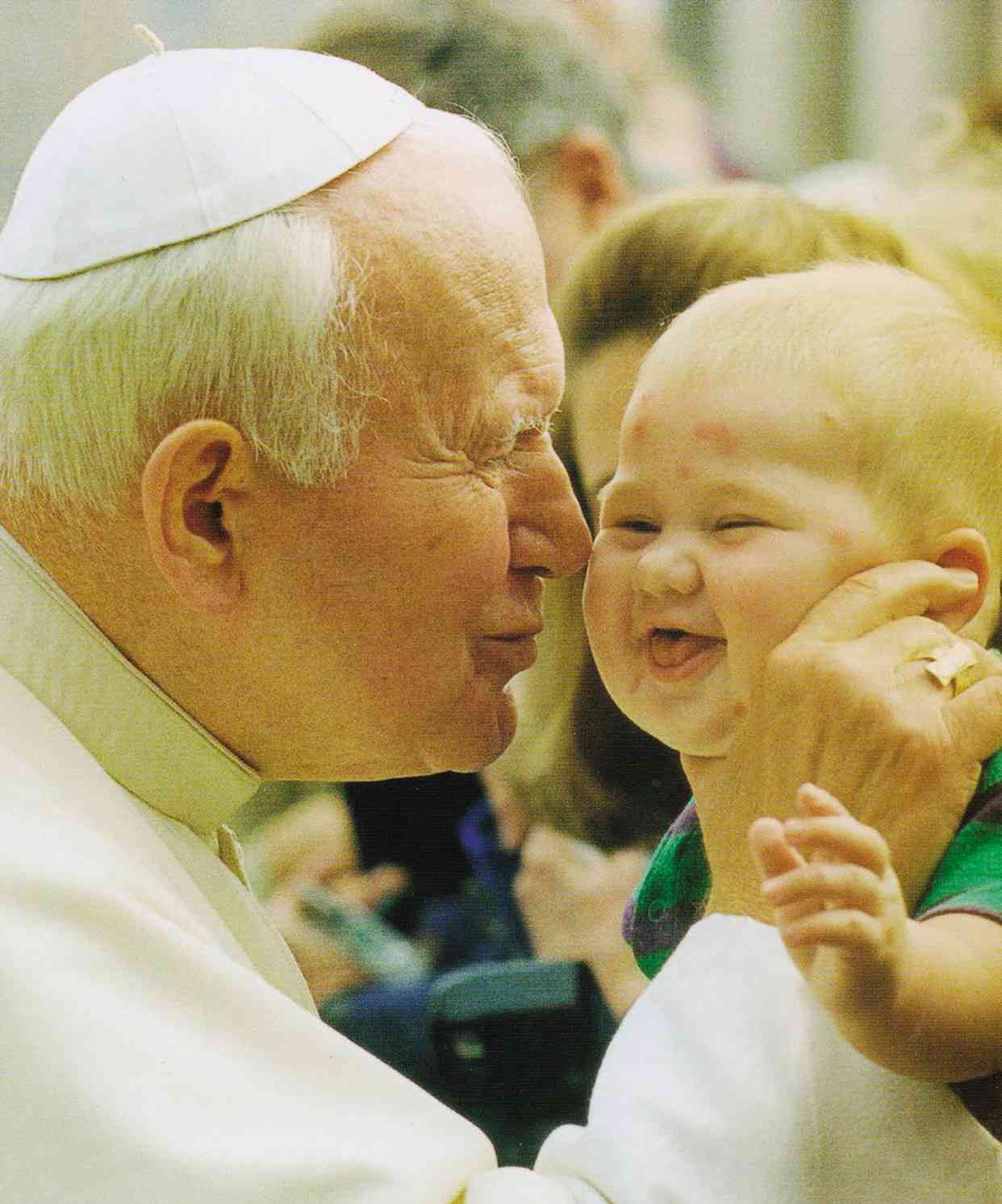 My family has always looked up to Karol Jozef Wojtyla or Pope John Paul II as he was more popularly known. His contribution to the Catholic Church enabled the practice of religion to have a smooth transition into the modern way of living. Aside from this, he also formed close relations with other religions and beliefs, showing that no matter what or whom we believe in, we are all still human and we should all respect and love each other.

Pope John Paul II was unlike any other Pope of the Catholic Church. As “The Pilgrim Pope,” he traveled to over a hundred countries to spread the word of God. His love for children made him start World Youth Day in 1986, and to this day, World Youth Day is celebrated in numerous countries each year.

When Pope John Paul II visited the Philippines for World Youth Day in 1995, my mother said it was the biggest mass celebration in the country, with over seven million people attending the papal mass. That was in January and a month after, in February, I was born. This was the reason I was indirectly named after him, with many other boys born that year.

My nickname is Gio and my middle names are Ivan Paolo, so when combined they become Gio-Ivan Paolo or Giovanni Paolo, the Italian for John Paul.

With his name incorporated in mine, my family looked up to him all the more; he would be an amazing role  model for me when I grew up.

Fast forward to 2005. I have an older female cousin who always dreamt of bringing her mother and my mother to Europe. Now that she has enough money, she can afford to take them on the trip, with me tagging along.

We flew to our first destination in Italy, which was Rome. At the Leonardo Da Vinci Airport in Rome, a taxi driver called out to my family. He approached us introducing himself as Lim, saying he was a Filipino and was offering his services to drive us around the whole duration of our stay. My family readily accepted and thanked God for the blessing. With his services, we saved a lot of money.

That first night, we stayed in the convent of Filipino religious nuns. It would be our base in Rome. Again, blessings came to us in the form of shelter. Our little studio had a small kitchen where we were allowed to prepare our meals.

The passing of a pope

It was coincidental, if not providential that we arrived in Rome at noon of April 2. Toward midnight of the same day Pope John Paul II passed away.

I remember waking up the next morning and being told by my mother that black smoke was coming out of the chimney of the Vatican, signifying the Pope’s passing. We were barely in Rome for 24 hours and so much had already happened!

At 11 a.m. of our second day, the Pope’s body was released for viewing to the public. The wake was held inside St. Peter’s Basilica in the Vatican. My cousin, aunt, mother and I made it a point to line up as soon as we could so we could be one of the first to view the late Pope. Apparently tens of thousands of people also had the same idea, so we were stuck in the middle of a great crowd, all wanting to see the Pope one last time. The back of the line was half a kilometer away from the entrance of the church, so that was where we joined the line.

Lining up on the streets of Rome to see the Pope was quite an experience. We did not know how long it would take before we could enter the church, but knowing that this was a once-in-a-lifetime experience, we persevered and stayed in line.

Occasionally, I would hop over the fence just to use a portalet . My family and I would also take turns in saving our spot in the line, while others would rest and sit on the sidewalk.

I can remember my aunt telling me that in one instance when I was sleeping on the sidewalk, a journalist approached her and asked if he could take a picture of me, a 10-year-old boy, resting as he waited for his turn to see the Holy Father.

This was one instance when having a child was beneficial to my family. Since my family had me, event officials took extra care of us, making sure that I would not get tired or injured in the process of lining up. I would occasionally hear “Mi scusi, bambino” (Excuse me, child here), warning them that there was a child and they should make sure I did not get injured or trampled on.

Whenever any of us would get hungry, we would just hop over the fence and buy a slice of pizza from one of the food stalls along the sidewalk and bring it back to the line with us. Since it was very cold, and my aunt could not cope with cold well, she asked the Order of Malta,  if she could lie down in one of their first aid tents. They allowed her. I followed and rested, too, for a while. The tent was heated and comfortably warm, complete with blankets and foldable beds, but I did not stay long since I had to make way for other people who needed to use the tent more than I did.

International media was all over the venue. Cameras were pointed in all directions, as newscasters reported on the Vatican City.

Being Asian, we probably caught the attention of the  NBS News crew. Soon, a female interviewer approached my family and asked if she could interview us. They asked us questions like

“What was your primary reason for lining up?” and “If the Pope could hear you now, what would you tell him?” To that, I made my family proud by answering, “I hope that he has a happy home in heaven, as he did here on earth.”

Fourteen long hours after we started our half-kilometer journey to the church, we finally made it; we entered the church at 1 a.m. the next day. As we slowly approached the altar, we continued to pray.

And then there he was, Pope John Paul II. Wearing a red soutane, with the Swiss Guards by his side.

We knelt down very briefly to say a short prayer, were told to stand up to give way to the next person in line, then we walked away. Fourteen hours of lining up, all for that one brief, blessed, moment.

My family’s devotion to Blessed John Paul II continues to grow every day, and I myself continue to pray to him and ask for his guidance.

On April 27, he will be canonized a saint. And henceforth, I can tell people that I have seen this saint with my own eyes. Soon-to-be Pope St. John Paul II will always be a part of me.