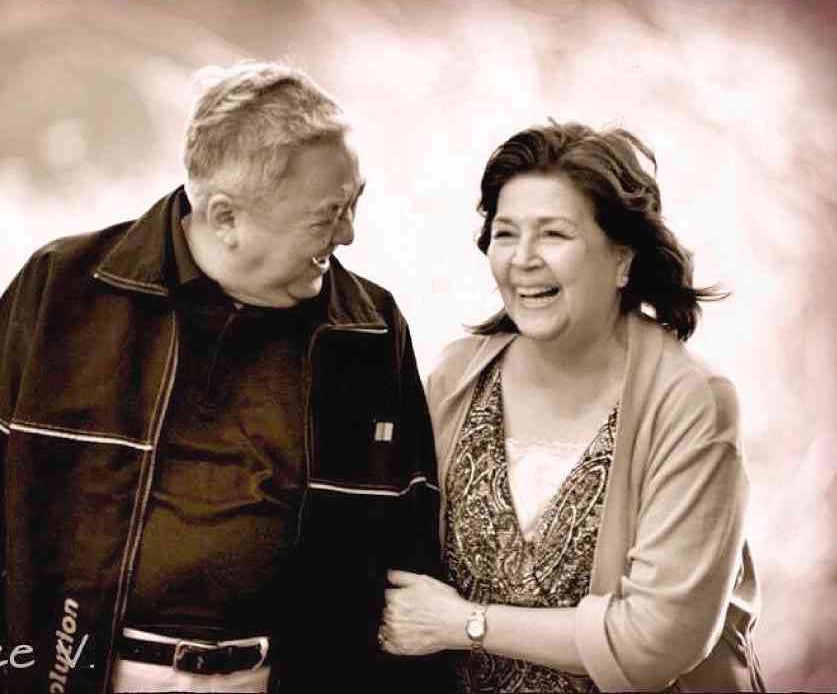 There was no grand ceremony or a fancy bridal dress when Boots Anson wed Pete Roa in Washington, DC, in 1964, then later at the Assumption Convent in Manila. The couple had eloped.

But when she weds for the second time, the actress will be as resplendent as every June bride should be, in a wedding dress by her friend and sometime employee Eddie Baddeo.

When Baddeo heard the news that “Ma’am Boots” had gotten engaged last year, he quickly called her and offered to make her bridal gown, a gesture that was graciously accepted.

“It has been my longtime dream to dress her for a big occasion,” Baddeo says. “She was so mabait to me. I wanted to extend my gratitude.”

Unknown to many, Boots Anson Roa gave Baddeo his first job as a designer, in 1979, for the family-owned garment factory Trade House Inc., which made one-off and RTW clothes called Boots on the Racks, sold at Rustan’s, SM, Anson’s, Gaisano and Orient Pearl. He had just finished his studies at Samson Institute. Baddeo worked for the actress for 1½ years; he reported to her directly.

Over the years, the designer and the actress stayed in touch, and he would make clothes for her on occasion.

“When I heard that she was getting married again, ako ang lumapit sa kanya,” he says.

Roa, 69, was widowed in 2007. On June 14, she will wed Francisco “King” Rodrigo, 74, also a widower, an international lawyer and former consul general of the Philippines to the US. His father was the late Sen. Francisco “Soc” Rodrigo. He and Pete Roa were classmates.

Their wedding day will also be the groom’s birthday, says Baddeo.

The designer presented three sketches to Roa, who zeroed in on the classic princess-cut, long-sleeve style to be made of ecru piña silk and heavy lace. There will be an underskirt of piña silk with metallic mesh lining and a short fishtail. It will be embellished with caviar and rhinestone beads and will feature a short veil. She will wear low-heel pumps, also designed by Baddeo.

“She specifically asked for low heels because the groom isn’t very tall,” says the designer. “The dress will also have a built-in corset.”

Baddeo will also be making the barong tagalog of the groom.

The wedding will be held at the Archbishop’s Palace in Mandaluyong, to be officiated by Manila Archbishop Luis Antonio Cardinal Tagle. The principal sponsors will be headed by Manila Mayor Joseph Estrada, Susan Roces and Marichu Vera Perez-Maceda. Roa’s daughter, news anchor Chiqui Roa Puno, will be matron of honor.

Reception will be held at the Wack Wack Country Club. Floral decor at the church will be by Elaine Rojas Villar and Jun Han. Color motif is purple, says Baddeo. He’s not making the clothes for the entourage, though he’s designing two other dresses for the wedding, for the sisters of the bride and the groom.

“She chose a classic style for the dress, and I think it suits a classic beauty like her,” says the designer. “At 69, she’s still very beautiful, even without makeup… She’s excited about the wedding.”