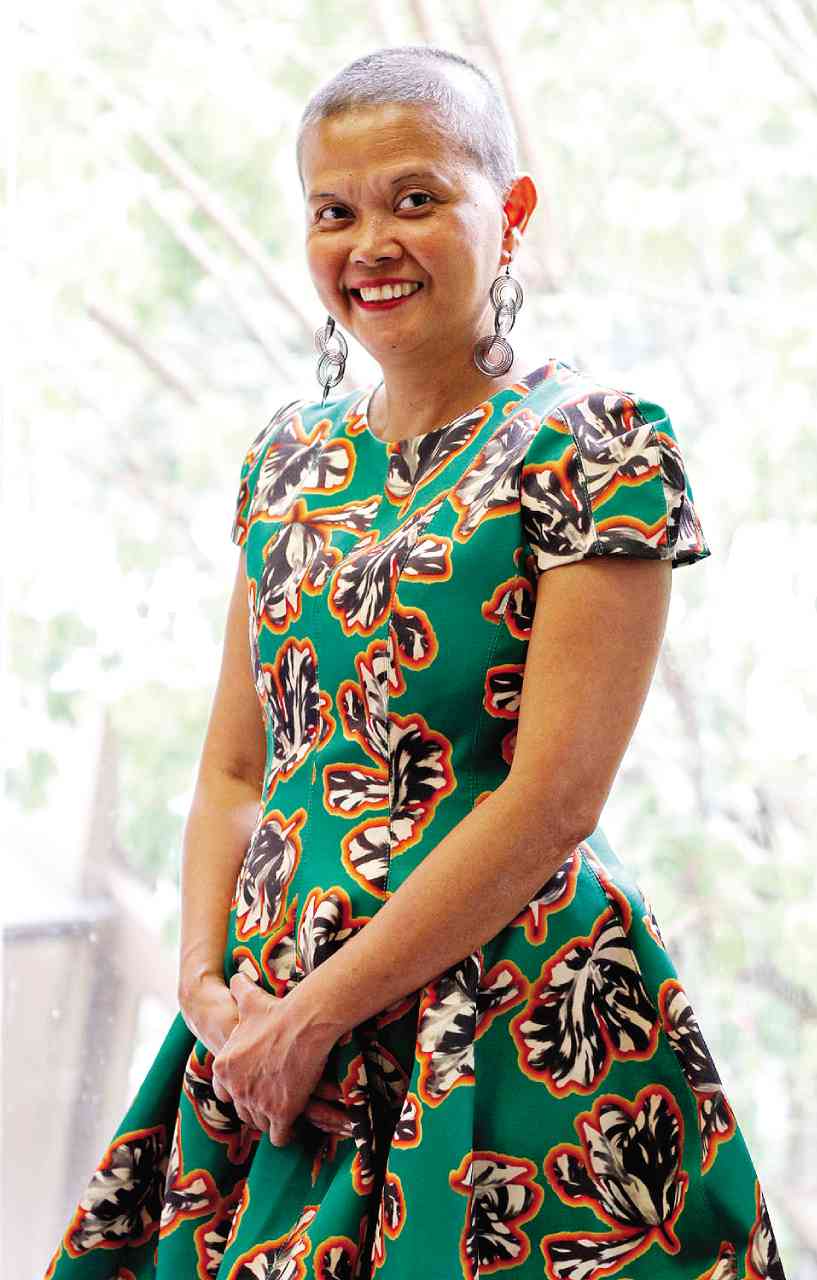 Philippine novelist wins US book award amid cancer and ‘Yolanda’

“Last year was a very weird year,” says Gina Apostol. For the award-winning Philippine novelist, 2013 was a year of ravages and richness, of worry and wonderment, the kind of year that other people make up for their books.

In July, the United States-based Apostol was diagnosed with stage 1 breast cancer and underwent surgery and chemotherapy. At the same time, Apostol’s 2012 novel, “Gun Dealers’ Daughter,” published in the US by W.W. Norton & Co., received the prestigious PEN Open Book Award. But when one looks closer, the connections are even more striking.

Sitting in a Makati bookstore with her head almost bald, Apostol smiles wryly and explains that the exact same day she found out she had been nominated for the award was the same day she received her diagnosis. She literally found out she had won on her way to surgery. And while she was going through chemo, she found out Super Typhoon “Yolanda” had leveled her beloved Tacloban City. “All of these things were happening at the same time,” she notes.

All of this is part of an unusually eventful journey even for a writer. Born Gina Lourdes Delgado Apostol, she was the second of children raised by their artist-mother Virginia. She grew up in Tacloban and was educated at Divine Word College. She decamped to Manila where she earned her bachelor’s degree from the University of the Philippines Diliman. She got her masters degree in creative writing from the Johns Hopkins University in Maryland.

That trajectory—Manila, Tacloban, Baltimore, New Hampshire and New York—included some rough times. In 1998, her husband, Arne Tangherlini died, something that Apostol still finds hard to discuss sometimes. “You don’t recover,” she says, shaking her head.” It’s difficult every year particularly when his death anniversary in May approaches. I try to keep my life as simple as possible.” That trajectory has also included some phenomenal fiction. Her first two novels, 1997’s “Bibliolepsy” (UP Press) and 2009’s “The Revolution According to Raymundo Mata,” (Anvil Publishing) both received National Book Awards from the Manila Critics Circle. “Gun Dealers’ Daughter” garnered praise from the PEN Open Book Award judges who wrote in the citation: “You will feel sure (and you will be correct) that you have discovered a great fiction writer in the midst of making literary history… Through this novel we see how fiction can scrape out a future, demand a re-look at the past—it is a reckoning kind of book. Not only does this novel make an argument for social revolution, it makes an argument for the role of literature in revolution—the argument being that literature can be revolution.”

Apostol continues to work on this revolutionary literature in any and all her free time away from teaching literature at Fieldston School, a New York prep school. She has just moved to the Village in Manhattan and summers in Hadley, Massachusetts. “I really enjoy writing; it’s all I do when I’m not teaching,” she says. She gamely faced her cancer, undergoing a bilateral mastectomy and the attached procedures before undergoing chemo for risk reduction. Today, she is cancer free—and home.

“I kind of came home to rest from my cancer treatment,” Apostol explains. While here for a few weeks, she enjoyed a trip to the beach, being with her family and savoring the food. “I’ve been eating everything. I try to eat  taho every day. I eat  pan de sal—because you just cannot get good pan de sal except in the Philippines.” 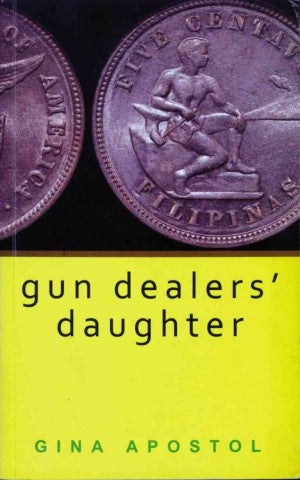 Visiting Tacloban was a bracing experience for her. “It was very, very difficult because it’s a really ruined place,” she recalls. “You can see it’s going to be a difficult recovery.” She was also there to research her next novel, “William McKinley’s World,” which is partly set in Tacloban and Balangiga in the 1900s. She’s still working on the first draft of that novel and while she believes she may finish that draft within the year, she admits she revises a lot. “I will let the novel sit and think about it a little more,” she says.

Her novel will include something new—some personal connections. The protagonists are named after two of her grandfathers, Francisco and Jorge Delgado. “They both experience the advent of the American war differently as one is a collaborator and one is a gerilya,” she says, adding it’s about the conflict between loyalty and survival. It’s her most—and honestly only—personal book so far, as it includes actual family details. “My family’s story is what I’m kind of including but also hiding in the book.”

She’s also working on several other books, including “The Unintended,” which was excerpted in the Jessica Hagedorn-edited “Manila Noir” anthology. Then there is another bizarre twist: “The interesting thing is that my current novel is a woman dealing with the death of her mom due to breast cancer. And then I got breast cancer. My friend was saying, next time you should write about winning the lottery.” She’s thinking about something funny, a short, amusing piece, as well as a book about Rizal the novelist for English readers.

Memory and language are intertwined in her books. Apostol plays tricks with her characters’ narratives constantly, from “Bibliolepsy’s” Primi to Raymundo Mata and “Gun Dealers’” Soledad. Anvil Publishing’s Karina Bolasco says that Apostol’s strength is that she “thinks deeply and intelligently about her craft. She is very alert and conscious when talking to her readers but certainly without sounding flat or editorializing. The fun for her in writing is that she is much a part of what she has control over.”

Her work is complex and rewarding; she understands this: “If we don’t challenge our readers then there’s no real progress. I think there are writers who are very happy writing the romance novel. If I could write the romance novel then I would write a romance novel if that made me happy. I’m not that kind of writer. I can’t be anyone else. I don’t do it to be complex, I do it because it fits the way I view reality. I think that having different kinds of reading experiences for the Filipino is good.”

She is reflective but also resolute about what she’s been through: “I think it’s very intense to go through cancer. But I had already gone through something intense. The death of my husband was that. My life had already been changed. With Arne’s death, I just had to figure out how to get back to writing, because he was so tied into my writing. Cancer to me was nothing when I got it, but the actual experience of chemotherapy was horrifying.  I also had to get back to writing. I don’t believe cancer should define a person, but it does affect a person.”

Actually, there’s more hair on her head now than before, and Apostol has found a sanctuary in coming home before she has to head back to her writing life abroad. It’s another year, after all. “Even when I was done with chemo, I really felt like a sick person,” Gina Apostol says. “But then when I got here, my hair grew a little bit more. I’ve begun to feel better because I’m home. Well, also maybe because of the taho.”