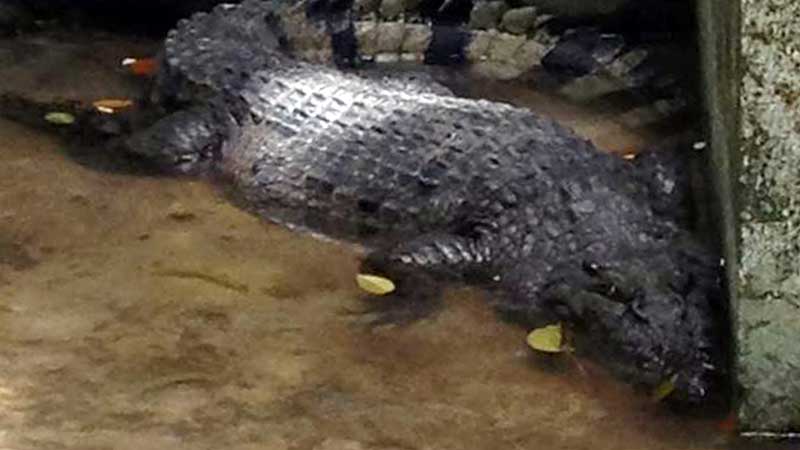 No tourist draw, Malang the croc will remain wild

MANILA, Philippines—The crocodile named Malang will no longer be a tourist attraction.

Wildlife authorities have recommended the release into the wild of the 2.18-meter Philippine freshwater crocodile, which is believed to be the largest of its kind ever captured.

Biodiversity Management Bureau (BMB) director Theresa Mundita Lim said her agency, based on consultation with scientific experts, would advise local officials to free the reptile that was caught by fisherfolk in the Liguasan Marsh on April 12.

But she added that Malang, named after the town of M’lang in North Cotabato where it was caught, would have to undergo a series of health tests before it would be released into the wild.

“Community awareness campaigns” will also be held in the town to make local residents understand the importance of saving endemic species like Malang.

“We need to make sure that the communities and LGU are aware of the benefits of the release, so they become true partners in protecting the species in its natural habitat,” Lim said.

Malang is believed to be the largest Philippine freshwater crocodile (Crocodylus mindorensis) ever caught. The critically endangered species can grow to a maximum of 3.05 meters, according to wildlife journals.

Two crocodilian species exist in the Philippines, the Philippine freshwater crocodile, which is endemic to the country, and the Indo-Pacific crocodile, or Crocodylus porosus, which is widely distributed throughout the tropical areas of Asia and the Pacific regions.

The Philippine croc is a relatively small species compared to its Indo-Pacific cousin, which can grow up to several meters long.

The 6.09-meter “Lolong,” the world’s largest captive crocodile found in Agusan Marsh, which died of pneumonia and cardiac arrest in February last year, was an Indo-Pacific crocodile.

‘Malang’ next crocodile attraction after ‘Lolong’