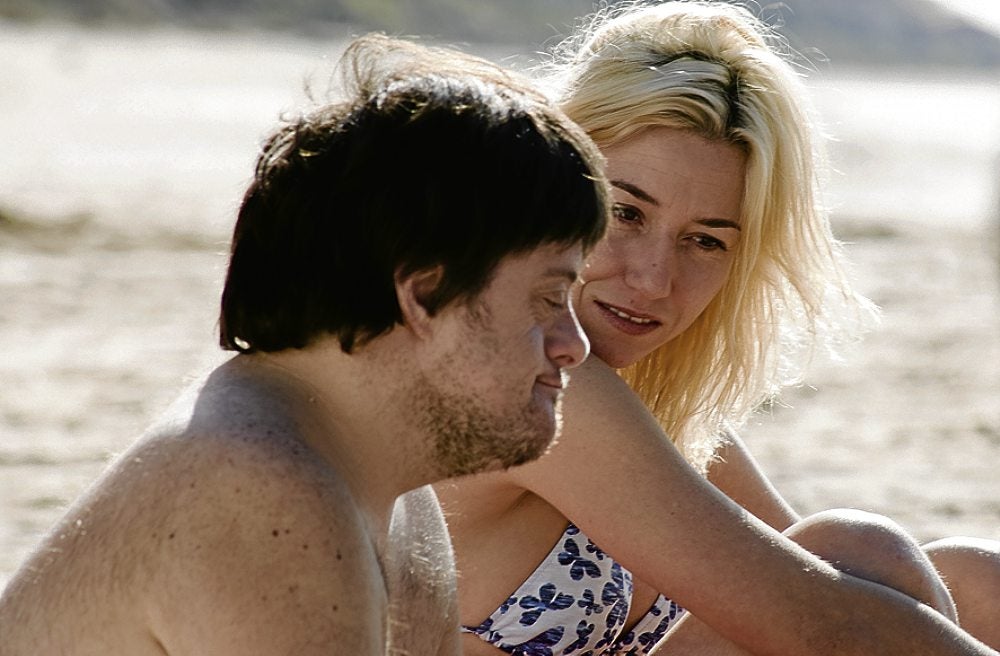 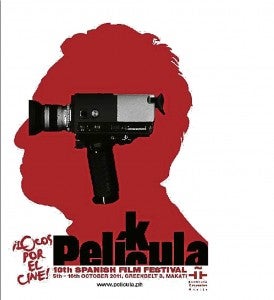 He is Daniel Sanz: a 34-year-old gentleman from Sevilla, bright, bubbly, single, and has just started work in a company. She is Laura Valiente: almost of the same age, not so bubbly, and is working in the same company as Daniel.

Theirs would have been an ordinary love story, but “Yo, También” (one of the movies featured in Pelicula, the Spanish film festival, October 5-16, Greenbelt 3 cinemas; visit www.pelicula.ph) has something special. Daniel has Down’s syndrome, but has somehow managed to finish university, thanks to the devotion and perseverance of his mother Ma. Ángeles.

One immediately picks up the particular facie of Down’s syndrome in Daniel: small head, protruding tongue (affecting the speech), flat nasal bridge, up-slanting of the eyes, with short and stubby fingers among other features.

But Daniel is atypical: He is intelligent, has finished his university studies, and has a funny streak in him, seeing the absurd in almost everything, making him and those around him laugh.

Inevitably he falls in love with his officemate Laura, a cigarette-smoking, hard-as-they-come, bitter woman who has difficult issues with her own family. She has unresolved and hostile relationships with her  father, who lies in a coma in the hospital, and with her brothers.

Slowly, the two protagonists, like the dance company that helps those with Down’s express themselves through dance, at first circle each other warily, but later, incidents help them find solutions to their problems, not the least their true affection and respect for the other. Daniel’s mother is understandably overprotective of him, and this somehow prevents him from growing emotionally, so that we see Daniel in the earlier part of the film crying easily, and having difficulty handling frustrations. Later, he navigates both this and his own world seamlessly, transformed by his love for Laura.

The side story of Luisa and Pedro, two young people also afflicted with Down’s adds texture to the movie, and reiterates the truth: that people with Down’s syndrome may look different, but their daily struggles, their desires, their feelings are no different.

That is what “Yo, También” reminds us in the film. It’s tongue-in-cheek subtitle, “Why would you want to be normal?” pokes us in the ribs, not quite so gently. The title song repeats this, as it says. “I, too, have my dreams…” sung by the successful Guille Milkyway, who won a Goya award in 2010 for Best Song.

Shot in Sevilla, Huelva and Madrid, the movie treats viewers to  beautiful cinematography.

Pablo Pineda, the actor who played the lead role, really has Down’s Syndrome. He does not have a low IQ, although he has all the physical symptoms. Pablo has a degree in Teaching from the university, the very first European with the syndrome to have done so. He is currently finishing his masteral studies in Psychological Pedagogy, with emphasis on teaching mentally challenged students. 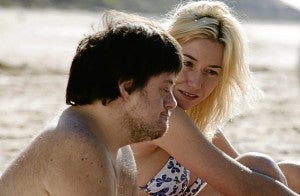 In one interview, he humbly says that he is not an actor, but that he agreed to do the film because he wants to open people’s eyes about Down’s, underlining the fact that those with the syndrome can also hurt, especially emotionally, and that they, too, have their own dreams, and most importantly, that they can also love.

Lourdes, the sister of one of the directors, Antonio Naharro, plays Luisa; she also has Down’s. And Antonio himself played the role of Daniel’s brother. He says these aspects make the film honest and authentic. Isabel Lorca Garcia, who plays Ma. Ángeles, Daniel’s mother, gives a sterling performance.

Winner of several awards (Plata de Concha (Silver Shell) awards in the 2010 San Sebastian Film Festival: Best Actor for Pablo Pineda; Best Actress for Lola Dueñas who plays Laura) and a 2010 Goya for Dueñas as Best Actress as well, the movie underscores our bias against “different” people, and how we can change it, because they, too, have their own stories, and in reality, they are no different from us.

Alice Sun-Cua is a physician and poet.