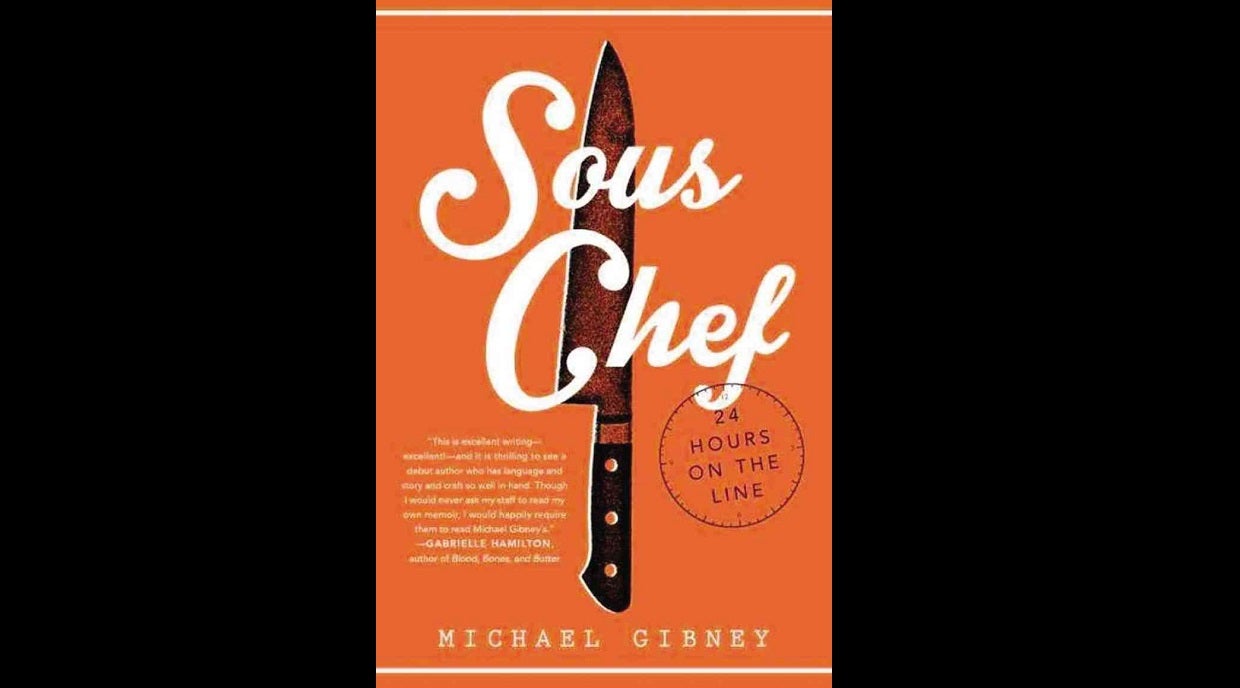 ‘Sous Chef’ is an immersive adventure 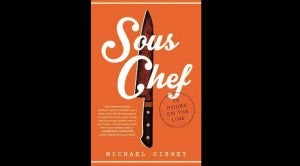 In the age of many a self-proclaimed food “expert,” where anyone with a smartphone can snap a photo of a plated dish, upload it to a website or Instagram along with a few choice adjectives ranging from delicious to scrumptious to blah, it must be maddening for chefs to have their oeuvres scrutinized, dissected and nitpicked by anyone on social media.

We are all guilty of this attitude—delivering snap judgments on restaurants based on one unfavorable dining experience. Former New York Times food critic Ruth Reichl was more lenient than today’s social media-addicted diner because she gives a restaurant three separate opportunities to prove itself before handing down her verdict.

If you’re the type of food critic who enjoys nitpicking, or if you’re simply a chef who needs to be reminded of why you decided to become one in the first place, we urge you to rush to the nearest bookstore and grab a copy of Michael Gibney’s brilliant debut novel, “Sous Chef.”

The book’s concept is intriguing. Gibney, who has done his tour of kitchens as a chef, offers readers a glimpse into “24 hours on the line,” focusing on the intensely frenetic activity behind a day in a fancy New York restaurant. And, as if the book weren’t immersive enough, the story is told from a second-person narrative, plunging you right into the heart of an exhilarating, if exhausting journey.

“Sous Chef” is both informative and extremely entertaining. The first lesson: a sous chef is an executive chef’s second-in-command, tasked to manage chefs below him, as well as making sure that materials have been delivered on time and correctly; they are also in charge of checking if the kitchen was cleaned properly from the previous night’s service, and keeping track of inventory.

Daily specials for example, are cooked to help get rid of ingredients that are expiring soon, often done on the fly as the sous chefs work on a dish based on what materials need to be used up.

“A kitchen’s identity is shaped mainly by two things: cuisine and technique—what you cook and how you cook it,” writes Gibney. In this book, you are made to realize that cooking is pure science. Flavors, aromas, texture and color are “simple” chemical reactions, and the chefs are the mad scientists that coax these reactions out of protein, produce, oils and spices.

What you don’t realize, though, until you’re halfway into dinner service, is that being a chef is back-breaking, spirit-bending work. A restaurant is pretty much like a never-ending Broadway musical; day in and day out it’s the same performance, and you must perform exactly the same every evening, maybe even better if you can swing it. It’s an everyday challenge, especially with variables that change daily without warning. (When are ingredients ever exactly alike?)

If you’re also thinking of opening a restaurant just because you love to putter around in the kitchen, read this book first. We were only reading and we felt like curling up in a ball after the author took us through the rigorous process of cooking for a battalion of diners.

It’ll also occur to you how adventurous the dining experience is, entrusting your stomach to a person whose hygiene habits you have no idea about. The kitchen is a breeding ground for bacteria, and this is a thread you don’t want to keep pulling on, lest your germaphobe alter-ego decides it can’t handle eating at a restaurant after all.

“Ten years in this industry is like two dozen in another. The food one makes might still be great, but after so many years, customers inevitably grow tired of his fare. They want what’s cutting-edge, and with each passing year, staying ahead of the curve becomes harder and harder,” writes Gibney, a note that will resonate with every chef and restaurateur out there.

Whether you’re a foodie, a chef, a culinary student or instructor, or someone who loves a good yarn, this book is not to be missed.