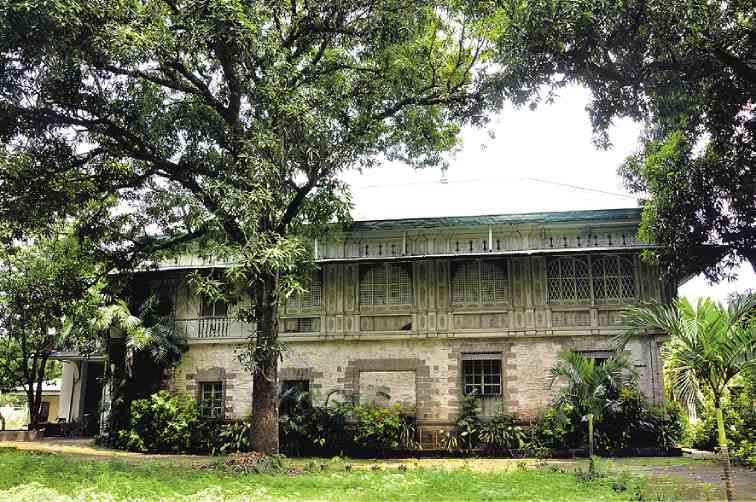 The old mansions of Bulacan–and their tales 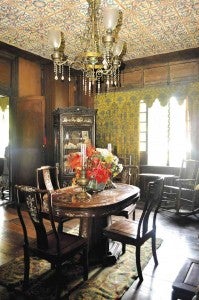 When in Bulacan, it’s sacrilege to miss and pass up the chance to visit its many ancestral homes. Amid the ravages of nature and time, not a few homes in Malolos and San Miguel towns still stand proudly and are kept intact. Just as interesting are the tales—nothing less historic—of people who live and have lived in these historical treasures.

Take for instance the Bautista mansion tucked right smack in the busy Kamistisuhan Street in Malolos.

The two-story mansion, built in 1877, used to house the Ministry of Interiors during the First Philippine Republic. The house had heroes like José Rizal as guests at the height of the La Liga Filipina movement. It was later inhabited by the family of José Bautista whose descendants include writer Dez Bautista, who welcomed Inquirer Lifestyle in a recent tour of the house he inherited from parents José and Norma.

Upon entrance to the grand old mansion, visitors are ushered in to the wooden staircase leading up to the spacious sala, where pieces of furniture are well worth our gawking and veneration. Etched with bone inlay designs popular to Central Luzon, the locally sourced furniture was not part of the original mansion. There are crystal chandeliers—more than 10 of them—and paintings of artists like Amorsolo, Hidalgo and Guerrero. In a small room lies the family’s prized collection of life-size religious statues, which are placed on carrozas for the town’s annual Lenten procession.

“This house used to be a municipal hall, school and camp of the Japanese army at various points of the revolution,” Dez said of the structure he has been trying to restore to its former glory.

The balcony offers the best vantage point during town parades and processions, he said. “We could just sit and see everything from here over coffee.”

Dez throws parties and invites friends over whenever he cooks up old Bulacan recipes, which he calls “period meals.” He learned to prepare them from his own family’s treasured recipes.

From the balcony of Dez’s mansion, one sees other so-called “Kamistisuhan houses” (named after the street) whose architectural designs evoke Spanish buildings of the late 19th century.

To date, construction is underway in Dez’s sprawling property to transform it into a private venue for garden wedding receptions and other functions.

Dez offers a culinary and cultural tour of Malolos and other sites in Bulacan. Those who take the tour will be treated to his “period meals” and old Bulacan recipes inside the Bautista mansion. For inquiries, call Dez at 0915-9897333. 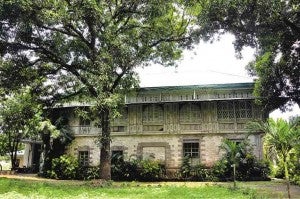 Memorabilia of the revolution

A visit to San Miguel town farther north of the province took us to three ancestral houses of equal historical value.

On Rizal Street in Brgy. San Vicente, the Tecson ancestral home is a must-see. It was once used as headquarters of Gen. Emilio Aguinaldo prior to his signing the Pact of Biak na Bato. Descendants of Simon Tecson would later claim the actual signing of the peace treaty took place in the house and not in the cave of Biak-na-Bato. The tintero, or inkwell, used in the signing and Aguinaldo’s bed are among the memorabilia preserved in the house.

The Sevilla house, a three-story structure on Tecson Street built in 1921 by former municipal president Catalino Sevilla, is a face of grandeur. However, restoration is needed because the building’s foundation has not been well-kept. Locals call it malaking bahay (big house). The third level used to be a spacious ballroom where the Celia Club, composed of local elite, would throw luxurious soirees. During World War II, the house served as headquarters of the Japanese Army.

It came as no huge surprise, really, that Bulacan prides itself on historical and cultural legacy. Not a few National Artists and heroes have lived here.

Not to be missed while on a tour of Malolos is Casa Real Shrine, which serves as town museum. From the time it was built in 1580, it had undergone various transformations and at different times was used as the seat of the government, banquet hall, hospital, military headquarters, school and post office. Shrine curator Ma. Corazon T. Sitjar said the original building was built with cogon and bamboo, replaced by hardwood and tile, later rebuilt using bricks and mortar. 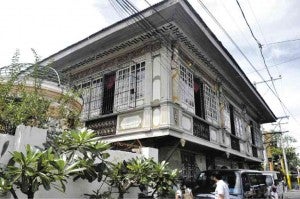 The shrine is now mainly dedicated to the 21 Women of Malolos, famous figures in the revolution. Rizal wrote a letter to these ladies lauding their courage. The letter was printed in La Solidaridad, the propaganda movement’s newspaper published in Spain.

Photos of the women and the letter from the National Hero are part of the shrine’s collection.

Also featured in Casa Real Shrine are magnificent pieces of period furniture, bone-inlaid—a signature of Bulacan pieces. Exquisite Filipino costumes such as terno, kamisa and nightgowns worn by prominent women of Malolos have been preserved as well.

The second floor of the two-story structure features two exhibits: “Eminent Bulakeñas,” which pays tribute to the distinguished daughters of Bulacan, and “Filipina Firsts,” which honors 100 Filipinas who excelled in professional fields or events previously dominated by men.