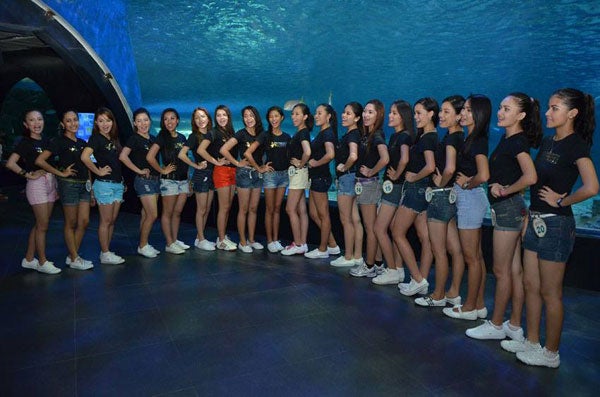 MANILA, Philippines—The search for young beauties who embody the advocacies of conservation, preservation and protection is nearing its end. The coronation night for Miss Teen Earth and Little Miss Earth Philippines will be held on May 27 at the Mall of Asia Arena.

The coronation rites will cap a nationwide search for girls who conveyed a genuine love for mother Earth and who are capable of becoming ‘Earth Champions’ even at a young age.

It all began in January where hundreds of hopefuls aged 4-9 and 13-17 flocked to auditions in Cagayan de Oro, Cebu, Davao, Iloilo, Naga, Baguio, Batangas, Pampanga and Manila. Nearly a thousand girls took part over the course of several weeks. Through a series of preliminary eliminations, the list was narrowed down to 20 teens and 20 little girls.

Less than a week after the 40 finalists were named, they were all brought to Manila to begin their journey. The next few days saw a flurry of activity. Each teen contestant was assigned to one little girl to act as her ‘big sister’ over the course of their journey.

On day one, the finalists wowed everyone in their first photo shoot for the free pageant supplement, ‘Roots.’ The girls donned the simple yet fashionable ‘Jeepney’ collection by stylist Jeffry Rogador. Teen Actress and singer Julie Anne San Jose also had a photo shoot for the supplement’s cover on the same day. After a fun-filled day they all returned to Holiday Inn to get some beauty rest and to prepare for the next activities. The next day, the girls were treated to a seminar facilitated by maker of Beauty Queens Jonas Gaffud who taught the girls the same tips he gave the likes of Venus Raj and Megan Young.Then the girls got a surprise guest, in the form of another Jonas Gaffud-trained beauty, Shamcey Supsup. She began mentoring the girls by sharing her experiences and her journey towards becoming a beauty queen.

They also visited some of the media partners. The little girls went to the office of Total Girl Magazine, where they met the whole magazine team and got free issues of Total Girl. The teens, on the other hand, went to the office of Celebrity Mom and Inside Showbiz at One Mega Group. They then proceeded to the Philippine Daily Inquirer offices where they toured the editorial offices and the radio station.

To end the day, TV Host and actor IC Mendoza, who is also the PR Head of the pageant, delivered an informative talk on how to handle interviews and the press. Special guests that night were respected Entertainment Journalists Dolly Anne Carvajal and Nelson Canlas. 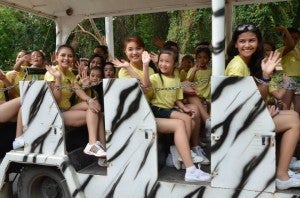 The next day, they headed to Manila Ocean Park where they had fun interacting with marine life and had the opportunity to bond with one another. And in the afternoon, their mentor Shamcey Supsup accompanied them to the Tagaytay Residence Inn where numerous fun activities awaited them; including a tree-planting activity.

Next on the agenda was a trip to Zoocobia in Clark, Pampanga, where they again pariticipated in a fun tree-planting activity. Then in the afternoon they visited Zoobic Safari in Subic where they were treated to an entertaining animal show, a thrilling lion and tiger safari and an exciting visit to the crocodile park.

For their last activity, the candidates visited Gandica Cafe in Ortigas where they tried some archery lessons.

For the first time since its inception, the pageant will also be aired on national television on June 8, 2014 on GMA-7’s SNBO. For more information, log on to: missteenearth.ph