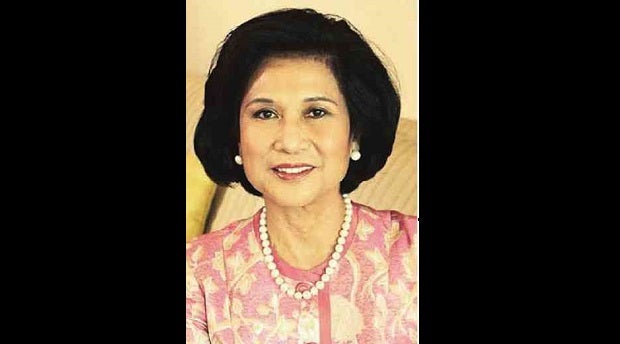 “All things are working out together for good in my life now.”

We are still in the merry month of May and there is every reason for you to be smiling happily.

I can now hear the contradictory thoughts of those who think they have no reason to be glad—the terrible traffic, excruciating heat, high electricity and water rates, the PDAF scam and other excuses they can think of to make it the weary month of May instead.

Truly, they have missed the mark and have become a sinner of the most terminal kind.

For those who missed my column on April 20, I mentioned that the word “sin” comes from an old archery term meaning “missing the mark.”

How does one hit the bull’s-eye then?

Since we are all created to enjoy life to the fullest under all circumstances, here are some suggestions.

On top of my recommendations is optimism. Believe that no matter how things look, things will turn out for the better in the end. Each one of us has a moment when we faced a situation so difficult and yet it later turned out well.

So, take a few moments, review the so-called thorny days of your life, and view the good that came from them—these are the blessings in disguise which abound throughout our lives.

No matter how dire your circumstances are, the worst thing that could happen is that you would die; and who says that is such a bad thing? Death, after all, is going back to your Maker in heaven.

When you are truly optimistic, you will accept change as a friend. You can free yourself from unhappy situations if you don’t assume that you won’t be able to cope with the new position you find yourself in.

Many people are fearful of change and remain in a worrisome and painful state.

Those in pain must find a way to turn pain into gain.

In my younger days, I turned to creativity and painted, wrote poems, and composed music whenever I was in pain emotionally. It was my way of turning my pain into gain.

You have heard of people like Stephen Hawking who was so physically handicapped and yet became one of the world’s most eminent scientists.

A recent visitor to the country, the limbless Australian Christian evangelist and motivational speaker Nick Vujicic, has inspired humanity with his courage, perseverance and optimism.

My fourth recommendation is to develop a sense of humor.

Most people in a hospital’s intensive care unit are there because they took life very seriously; so they ended up in serious condition.

The best way to develop a sense of humor is to learn how to laugh at yourself. You would be amazed at how funny you really are, especially when you realize that you made unintelligent decisions that made you look like a fool.

Helping others is another sure way of bringing happiness into your life.

Not only does it add to your efforts in spreading more good in the world, it also moves you to forget your own burdens and challenges.

Our happiness or unhappiness depend much on our relationships. Many complexities occur in our lives because we find it hard to accept people as they are. There is always a desire to try and change them, resulting in irreparable conflicts that lead to broken friendships, broken marriages and broken hearts.

Many so-called entanglements would have been avoided had there been unconditional acceptance. We must stop trying to change others because the only one we can truly change is ourselves.

“Know thyself,” all the sages say, and by doing so, you might perhaps stumble into your own God-self.

This means finding your true place in life and doing things you love to do while divinely happy and divinely prospered.

Once you find your center, you will be ready to make a difference in the world—whether in the sunshine or in the rain.

“In 2014, let us delete envy, greed, resentment, past hurts from the inbox of our hearts; save and forward gratitude, forgiveness, thank you’s, unlimited words of affection and encouragement and lots of love.

And a dazzling December.”

I don’t do lunches, but this week I went to two that were so delightful, I might change my mind entirely about avoiding such invitations.

Their respective speeches brought the house down because they roasted each other.

Gozon spoke first: “Hindi sana ako titindig at magsasalita, pero baka hindi niyo ako makita (I was not going to stand and speak, but you may not see me).”

At Binay’s turn, he jabbed: “Baka hindi ninyo alam na si chairman Gozon at ako ay cousins (You may not know that chairman Gozon and I are cousins). Kami ay mag-cousin-taas (We are of the same height).”

Binay, who makes no secret of his desire to be the next Philippine president, also noted that this early, “nahalata ko na…marami nang sipsip (as early as now, many are already apple-polishing).”

On Wednesday, the gracious Loida Nicolas-Lewis asked me to bring some friends to lunch; so I brought along Mario Katigbak of Bulgari and Hermès, Princess Merriam Kiram of the Sultanate of Sulu, and fun couple Rene and Ann Puno.

Loida’s well-appointed apartment at the Luna Gardens in Rockwell was done by Ada Ledesma Mabilangan, wife of Ambassador Philip Mabilangan.

It has a Filipiniana theme except for the baby grand piano that welcomes visitors to the living room adjacent to the dining area.

We were surrounded with a scenic view of Makati City, and art by Amorsolo, Baldemor and BenCab, as well as a few Blancos.

Our conversation ranged from the Philippines’ recent upgrade to investment level by Standard & Poor’s (S&P), Moody’s, and Fitch Group, to how Loida campaigned for Mar Roxas’ vice presidential run despite Jojo Binay being her classmate in college.

We also discussed the Sultanate of Sulu and its ownership of Sabah. Said Princess Merriam: “Why should we claim what belongs to us?”

It has been said that President Cory Aquino became lenient about the “claim” since her predecessor Ferdinand Marcos wanted sovereignty over Sabah.

The conversation later switched to Loida inheriting Beatrice, a $4-billion company listed in the New York Stock Exchange, and how she took over by virtue of being majority stockholder in a failed investment in China.

“You cannot invest in China and compete with the Chinese…unless you want to end up a roasted Peking duck,” she warned.

We also discussed Mario’s really high-end concerns involving Bulgari and Hermès, whose items are duplicated for a pittance in China.

Those who think they are getting a bargain by buying imitation brands should brace for the sight of those cherished articles falling apart at the seams quite quickly.

On the lighter side, we talked about Rene’s forthcoming appearance in July with the New Minstrels and how he began his music career with the Ambivalent Crowd.

My sister Marla, as well as singer Cynthia Patag and director Leo Rialp were also part of the Ambivalent Crowd.

Money where it belongs

Cocktails were held for Philippine Tatler’s Traveller Magazine at the ballroom of Fairmont and Raffles Makati.

Tatler’s indefatigable publisher and managing director Irene Martel-Francisco and Traveller editor in chief Mia Borromeo gave away a variety of prizes to guests who were asked to deposit their calling cards in glass bowls at the entrance.

The lucky winners who really had no need for the prizes were Margarita Delgado (a pearl set from Jewelmer), Patsy Zobel de Ayala (a trip to anywhere in Asia via Singapore Airlines) and Nini Licaros (Coron travel package).

At the sidelines, Nini talked ecstatically about her membership in the fabulous Alphaland Balesin Island Club. I wonder if she knows the story behind the origin of the club, or the Alphaland conglomerate, or The Generics Pharmacy chain, and some condos bearing the names of foreign celebrities.

All I can say is, I am more than ecstatic that money is coming back to the Philippines where it belongs.

It was so wonderful to see the likes of Jarlath Lynch, former general manager of Shangri-La Makati at the Traveller cocktails.

He is in town now as consultant to the City of Dreams Casino. He was the most-liked general manager of all the Metro Manila five-star hotels he handled during his time.

It was also nice talking to Inno Sotto, incumbent dean of fashion designers, who hinted at something interesting that will be delightfully and dazzlingly uncovered in December.