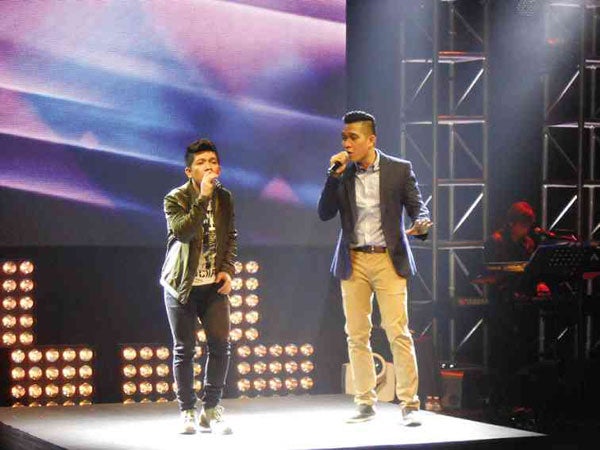 On March 7, all tickets to Taylor Swift’s June 6 concert at the SM Mall of Asia Arena reportedly sold out within 90 minutes. A source told Inquirer Lifestyle that SM’s computer system crashed due to the simultaneous online transactions for the tickets.

That’s quite a normal incident if it happened abroad, but this was in Manila—where people wait till concert day itself before buying their tickets.

A source in the venue said that the sold-out phenomenon was a result of heightened anticipation among Swift’s Filipino fans, who were ready to buy but felt frustrated when the release of the tickets was delayed for about three weeks.

Incidentally, Swift’s Manila show is part of the fourth and last leg of the American singer-songwriter’s 86-date world tour to promote her 2012 album, “Red.”

While the entire tour’s total ticket sales, according to Billboard magazine figures, has so far grossed $139.2 million, Manila promoters are hoping they and their business partners won’t lose money—since Swift’s talent fee, negotiated by hard-nosed talent agents, is said to cost more than $1 million (about P44 million), not to mention other production expenses.

More hot gigs are booked at MOA Arena. After Taylor Swift, the next show at the same venue will feature Dutch DJ Armin van Buuren on May 30.

Bigfish Manila, the same outfit that produced Armin’s previous Philippine show, is again producing his MOA Arena performance. Armin has been voted No. 1 in DJ Mag’s Top 100 list from 2007 to 2010, and again in 2013.

Metro Manila has a considerably large dance music audience; MOA Arena can accommodate over 10,000 people for concerts, and we expect at least more than half of the venue to be filled by fans partying to Armin’s trance-fueled EDM.

Still another anticipated gig to be held at MOA Arena is that of British-Irish boy band One Direction (aka 1D). The most notable factor is that it was announced on May 18—almost 10 months in advance of the actual concert date on March 21, 2015.

Inquirer Lifestyle is aware that local promoters had been trying to book 1D since last year, but agents claimed the group won’t be available till 2015. Which turned out to be true, since 1D’s current “Where We Are” tour promoting its 2013 album “Midnight Memories” ends Oct. 5 with no Asian leg.

A new tour dubbed “On the Road Again” kicks off Feb. 7, 2015, in Australia; the second leg includes the Manila date.

The advance announcement by the concert’s Manila promoter, Ovation Productions, is a good strategy, not only to give 1D’s young Pinoy fans enough time to nag their parents to buy them tickets, but also to drum up support from sponsors. Mounting concerts with top foreign acts do not always spell success to local financiers.

But, of course, the crowd won’t be aware of such things, since all that matters to them is to have a good time on concert day. (Advance tickets released last Friday reportedly sold out in an hour.)

We wish though that MOA Arena management would allow the beer in cans that it sells to be brought inside the hall, and not be poured in huge paper cups with ice—because San Miguel Pale Pilsen ends up tasting like, ugh, paper.

Nightlife at the Greenhills Shopping Center is vibrant due to the continuous operation of Music Museum (tel. 7210635 or 7216726) which opened in 1988 and is probably still the best medium-sized venue for live gigs (with a seating capacity of 700). Its theater setup is enhanced by a built-in narrow bar in front of the seats that allows food and drinks to be served while a show is in progress.

On a recent visit, we had two beers and a package pulutan of chicken drumsticks, mushrooms and fries (worth P500 plus) while watching a gig dubbed “Rock & Soul” featuring singers Jovit Baldivino and Thor Dulay. Baldivino, winner of “Pilipinas Got Talent” season 1, is supposed to represent “rock,” and Dulay, finalist in “The Voice of the Philippines” debut edition, as “soul.”

While both stood out with their own distinct vocal styles, Baldivino’s guttural rasp sounded like April Boy Regino channeling Michael Bolton. Dulay, who paid tribute to some of his influences like Boyz II Men and John Legend, also sang an original, “Kung Talagang Wala Na Tayo,” with class and clearly deserved somebody else to perform with.

By the way, across the Music Museum is Promenade, a mini-mall that houses Teatrino, a more intimate venue for live gigs. Promenade is also operated by the Music Museum Group headed by Precy Tolentino, who took over Kuh Ledesma as Music Museum owner when it reopened in 1994 after a fire broke out two years earlier.

More on Teatrino and other interesting nightlife spots at Promenade soon.