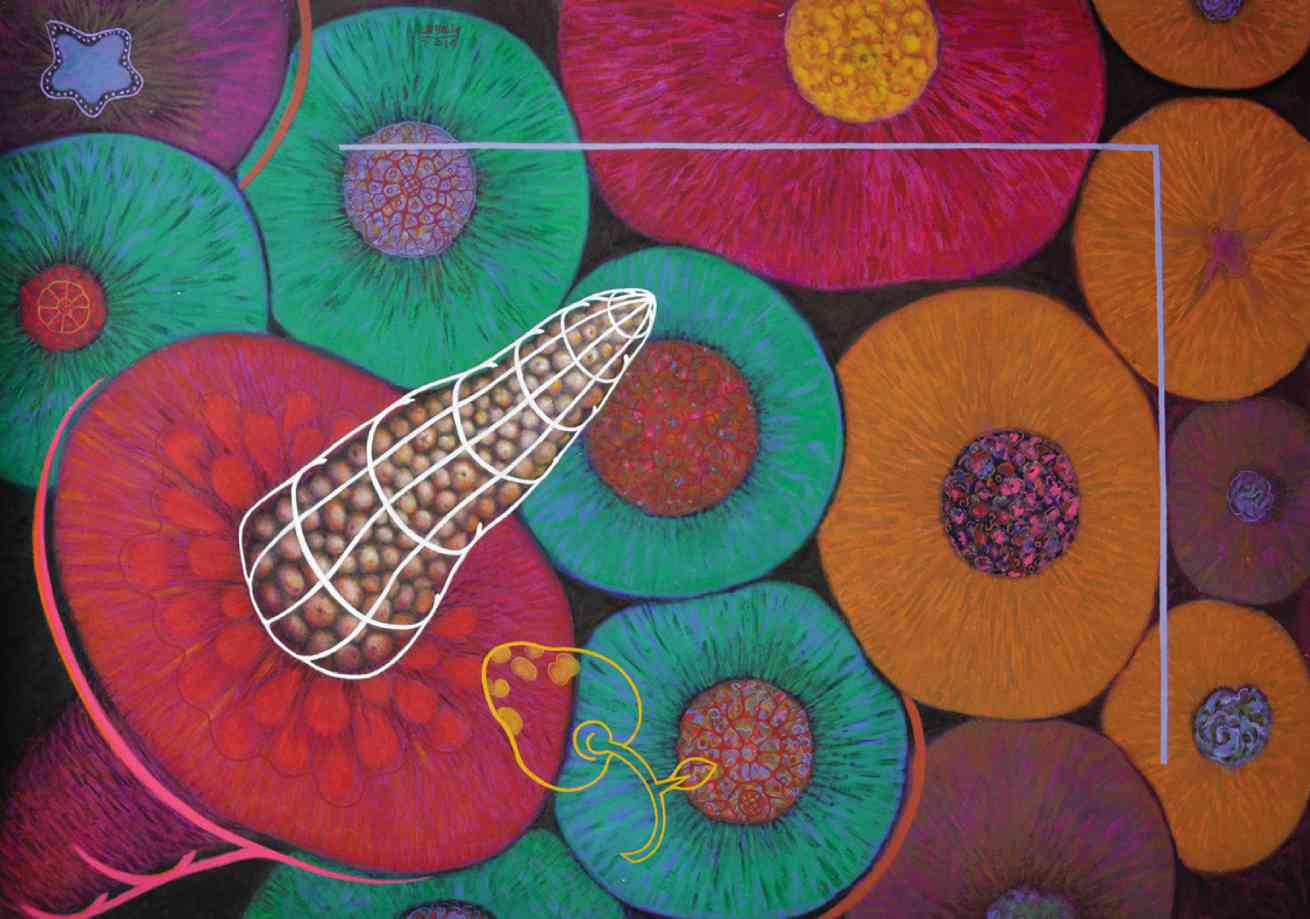 Raul Lebajo is the pioneer of environmental surrealism. He was often mentioned in the same light in the 1970s as National Artists Vicente Manansala, Victorio Edades, and Cesar Legaspi.

No less than esteemed critics Leo Benesa and Alice Guillermo have written extensively about his practice. He also has an important entry in Purita Kalaw-Ledesma’s definitive book “Pioneers of Philippine Art.” He has graced the cover of Asian Art News.

In an interview with  Reuben Cañete in 2002, Lebajo said that “… art has no boundaries. Artists must be free to explore.”

Conceptually influenced by  Magritte and utilizing the vibrant colors of Matisse, his works take on a more distinct character as ethereal abstract forms within a surreal plane and lined with a reverence for nature.

With his works featured in  important collections abroad, including the Chicago Cultural Center in the United States,  Le Plaza Hotel in Switzerland and the Asian Art Archive in Hong Kong, Lebajo is one of the most recognized artists outside the country.

Along with Galo Ocampo (b. 1913) and HR Ocampo (b. 1911), Lebajo can be credited for popularizing a distinctly Philippine brand of surrealism.

While his contemporaries were using traditional genre subjects or social themes, Lebajo was creating images that are dreamlike and hallucinogenic. This paved the way for a new generation of surrealists and expressionists, such as Olmedo.

Galerie Joaquin is featuring new works on canvas and drawings on paper of this seminal artist in “From the Mind of the Master: Raul Lebajo,” opening  May 28 and running until June 11.

Born in 1941,  Lebajo took up Art Studies at the University of the East in 1966-67. He graduated with a BFA from the Philippine Women’s University in 1969. He won  first prize in the 1968 Shell National Student Art Competition.

He has held shows around the world, including Le Plaza Hotel in Switzerland, Chicago Cultural Center, World Art Exhibit in France, National Gallery of Kuala Lumpur and  Art Center of Silpakorn University in Thailand.

Guillermo describes Lebajo’s works as “… a subtle commentary of man and his environment that is surprisingly achieved through the incongruous juxtaposition of natural forms and familiar objects.”

In “Orchard,” the background of multicolored orchards is contrasted with the foreground figure of a flower petal graphed out in white lines.

To balance the composition, straight lines in violet jut out from the top-right corner and spread toward the edges. It’s this balance of abstraction with a surreal eye for nature that defines a Lebajo work.