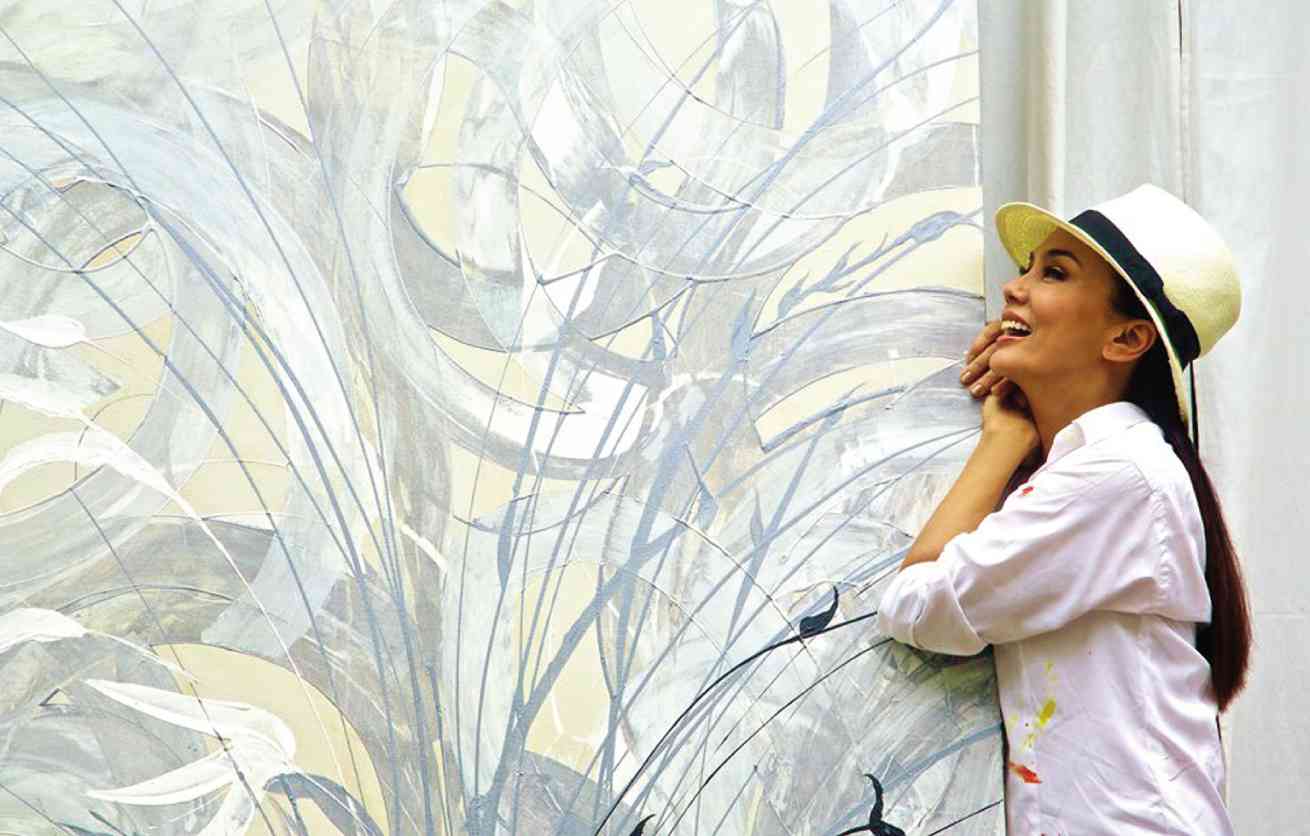 Kuh keeps the faith in music and art

Did you know that the great balladeer Tony Bennett, now at the autumn of his life, does not have to sing for his supper? His paintings exhibited at posh New York galleries are snapped up by his rabid collectors. He signs his paintings by his real name: Anthony Benedetto.

Jazz, which was the core of Miles Davis’ music, was also the impelling force behind his paintings. The late legendary trumpet master took his inspiration from African tribal art.

Or top this: Former Beatle Sir Paul (McCartney) discussed his paintings with Abstract Expressionist titan, Willem de Kooning. The crowd at his gallery shows had to be controlled as if it were a concert.

Indeed, the relationship between music and the visual arts have been symbiotic since pioneer abstractionist Wassily Kandinsky, over a century ago, compared the emotional impact of abstraction with that of music.

It should not be surprising, therefore, to find singers and musicians turning to painting as an extension of their creative expression. Or vice-versa: artists turning out to be excellent singers such as Allan Cosio and Lito Carating, both gifted with thrilling operatic voices.

As incontrovertible fact, the public knows that when it comes to stature, class and quality of singing performance, no one can touch this incomparable chanteuse. And, thus, after having duly acknowledged her supremacy in Philippine pop music, the viewer can now fully confront, objectively, without being star-struck, what Ledesma can offer to the art community.

This current exhibition, billed  “Beauty with a Purpose,” is a follow-up to her successful first solo show “Unexpected,” also held in the same venue, White Space in Makati.

Both titles carry their own unique significations. “Unexpected” is an allusion essentially to her commitment to art, a talent long sublimated, that Ledesma has only now allowed to see the light of day. Since childhood, Ledesma has always held a deep, abiding interest in painting. But, as with most artists’ lives, realistic exigencies, and practicalities, of life hold sway.

After graduating with a degree in Nursing, destiny as a singer determined her future.

“Beauty with a Purpose” sustains the visual themes of the first show, as well as exalts the bounty of her faith, with its ineffable power to seize the artist’s humanity.

The Biblical exhortation “Look at the Lillies in the field” finds it symbolic equivalence in Ledesma’s “Talahib” (Wild Grass) series. Interestingly, the revelation of this unique subject matter had dawned on Ledesma on her regular trips to her Hacienda Isabella in Indang, Cavite.

Indeed, she had asked the Divine Spirit for this inspired idea. And from the large-scale canvases, some spanning 4ft by 8ft, emerged the shimmering fields of wild grass swaying against an expanse of skies swirling with centrifugal force.

It’s tantalizing to discover the visual similarity of the talahib with sheaves of wheat, the substance of sacramental bread.

In works that are divested of the talahib images, Ledesma pursues total abstraction, in thrall to the sheer energy of oscillating gestural movements, obtaining a continuum that one can imagine extending beyond the pictorial space of the canvas.

A paean to Ledesma’s musical profession are the works in the “Musical Instruments” series. The voluptuous, sinuous shapes of the cello and the guitar, against a pitch black darkness, serve as the hollowed empty space around which eddies a golden mass of circuitous and wavy lines, an elaborate gilded filigree creating a dizzying vibration.

Ledesma admits to being inspired by the works of Gustav Klimt, the turn-of-the century Viennese artist and the preeminent exponent of Art Nouveau. Klimt’s paintings are studded with gold leaf.

What is impressive about Ledesma’s works is the balance she maintains between a seeming spontaneity with its rich potential for achieving the right emotional pitch, and a disciplined control that intuitively tells her when a work is finished and has achieved a life of its own. Ledesma does not work from any pre-designed sketch, for which reason she has never been partial to small works. She relishes the challenge of scale, armed only with her imagination, or how she imagines the final painting will emerge.

Ledesma’s newfound engagement with painting has only deepened her faith in a Higher Source. Her commitment to art making, as to her music, is itself an affirmation of her gratitude for the talents that she has been so generously blest.