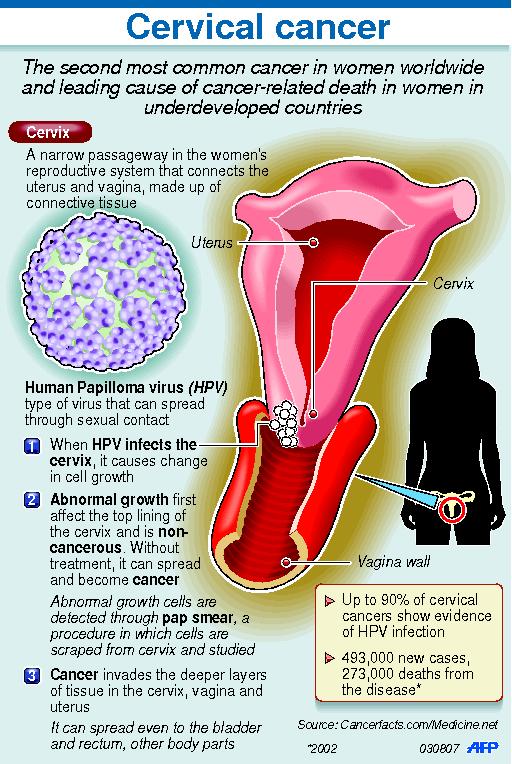 CHICAGO — Doctors are reporting their first success using immune therapy against cervical cancer, a disease caused by the virus HPV.

In a pilot study at the U.S. National Cancer Institute, the tumors of two out of nine women completely disappeared and those women remain cancer-free more than a year later.

One of the women whose tumors disappeared is Arrica Wallace, who was 35 when her cancer was discovered in 2011. It spread widely, with one tumor so large that it blocked half of her windpipe. The strongest chemotherapy and radiation failed to help, and doctors gave her less than a year to live.

“I couldn’t give up,” said Wallace, who has sons aged 8 and 12. Her doctor heard about the immune therapy trial at the Cancer Institute and got her enrolled.

“It’s been 22 months since treatment and 17 months of completely clean scans” that show no sign of cancer, Wallace said.

Researchers have made great strides recently in the hunt for ways to boost the body’s natural ability to fight cancer. The most success so far has been against the skin cancer melanoma and certain kinds of leukemia.

The second woman to have a complete response has been cancer-free for 15 months so far, said a study leader, Dr. Christian Hinrichs of the Cancer Institute.

“There’s no way to know” if the results will be permanent, he said.

A third woman had tumor shrinkage that lasted only three months. The other six women did not respond to treatment and researchers are trying to determine why.

The cervical cancer treatment in the institute’s pilot study involved sampling a woman’s tumor, isolating special immune system cells that were attacking it, multiplying them in the lab and giving them back to the patient in a one-time infusion.

The research was discussed Monday at an American Society of Clinical Oncology conference in Chicago.