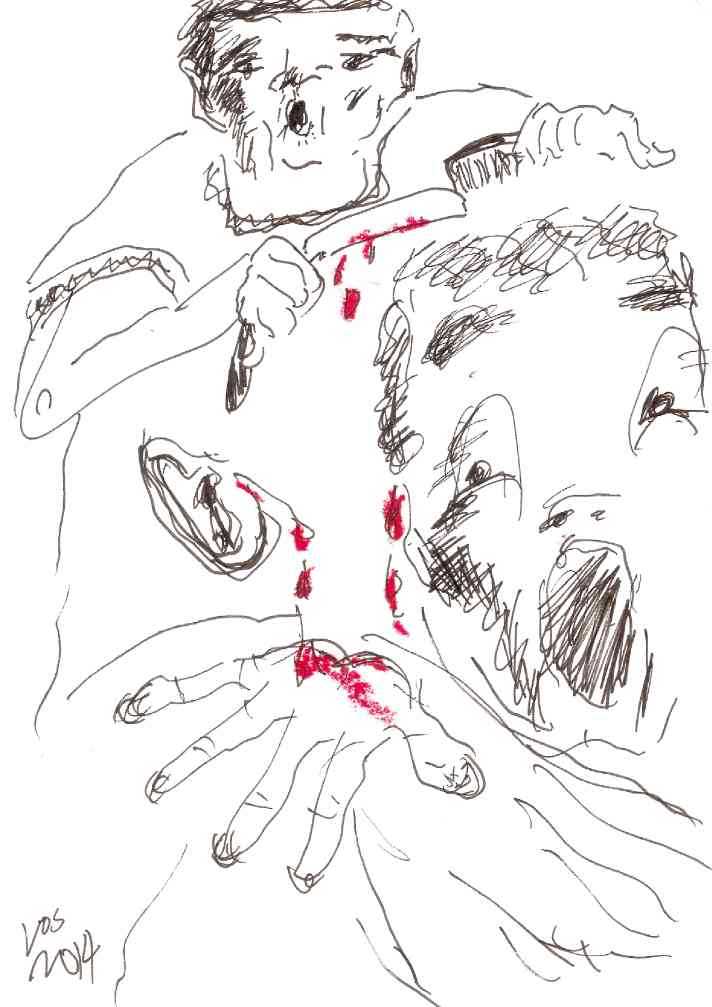 A generation in default

Now retired from full-time journalism, and having crossed from news dispenser to consumer, I remember my old man.

“I don’t know anymore what to believe,” he once complained to me. “I listen to the radio, watch TV, read the papers, and still I don’t get a clear-enough sense of the truth.”

My father was a news freak. Before sitting at breakfast he would turn on the radio and call for his newspaper, mindful not to miss anything that might have a bearing, however slight, on his existence. He was my own living definition of my profession—news.

He’d have watched more television if it didn’t give him a headache, and I don’t exactly regret he didn’t live to have a glimpse of me as an occasional talk-show guest. He could be sweepingly sententious: “And those talk shows! We had more useful debates in our time.”

He meant the ’50s, when two or three times a week he went to the barbershop for those debates. To that extent he was a sort of classical character; it was in the Rome of the Caesars that the barbershop became institutionalized as the center of political chat, where men went much oftener than they required a haircut. My dad went for an earnest haircut only once every fortnight but did allow a trim to justify an unusually long stay.

Although too young to bother with them, I had a chance to observe the proceedings myself during my turn with the barber, who scared me every time he joined in. He was a man simply too passionate for my health, not to say taste. With a name like his, he may well have come straight out of Rome or Seville: Dafroso Mesina, proprietor and resident elocutionist of (if you could make out the name from the overflorid script and overstained glass of the signage) “Romantic Barbershop.”

Mang Dapreng’s dangerous passion lay in his expansive gesticulations with bladed instruments, and I don’t know how my father could not mind it at all. In his opinion, anyway, the cacophony of media of my time provided less illumination than the barbershop of his own time.

He was also a politics freak, although for him involvement stopped at the sidelines, from where he liked to fire his opinions. Long retired and well into his 70s, he did get himself elected as barangay chairperson but one term was all he could take. Resigned to his irreversible emphysema and gasping into his 80s, he still expected the media to deliver him from ignorance and confusion for the remainder of his breath-chasing years.

I was tempted to lecture him on how his age had grown in complexity into my own; how certain nice traditions had been replaced by pragmatic ones; how darkness (no information) and light (too much of it) could be equally blinding; how politics, elections in particular, had become more an exercise of faith and hope than one of reason.

I was also tempted to tell him to stop whining for his old barbershop and start living in the real world, perhaps by joining an organization pledged to some advocacy or perhaps, since his emphysema greatly limited his activity, calling the radio or television stations or writing the newspapers to complain.

I was further tempted to remind him that, as better informed as he said he had been in his time, he had voted for Ferdinand Marcos each time he ran, except against Cory Aquino. But I stopped myself not only out of respect and love, but because he still had a point. For one thing, it was he who had kept me straight as a journalist, he who had been my speaking conscience.

I actually felt stumped and embarrassed, and all I could bring myself to tell him was to try to find some humor in politics and keep his smoking, since he could not be stopped, to a few shallow puffs a day.

My old man has since rested in peace. He did not live to see the Internet, or me retired and writing about things he’d have judged frivolous and unworthy of the attention of a man he had raised as a serious child. Given the prejudices of his generation, he’d have probably wished I left those subjects to Chit, while I said something about, say, Janet Napoles.

Indeed, his general criticism of default on the part of the media would seem especially evocative in Napoles’ case; if the storm of confusion whipped up around it remained unsorted, a suitably predisposed court would have his excuse to let it drag out, or even dismiss it.

Thus, no one goes to jail, and me—I would be dealing with my old man’s ghost haunting me for my own default.