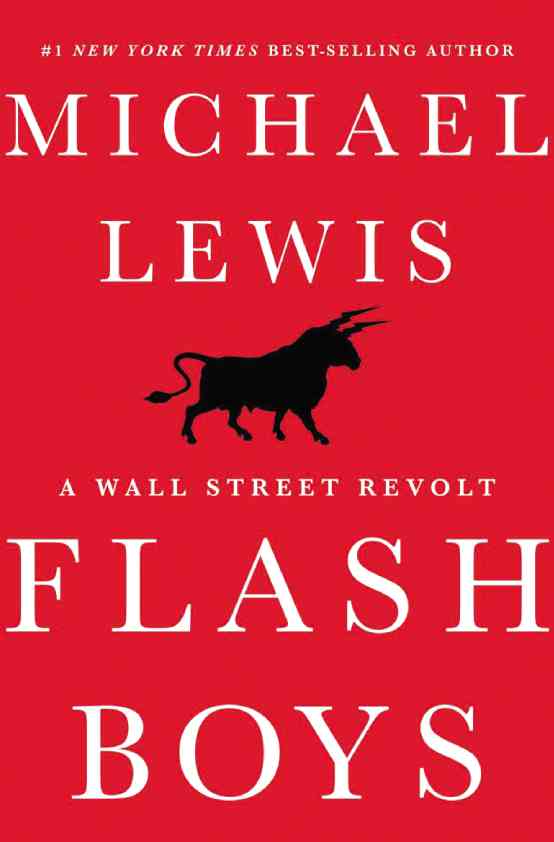 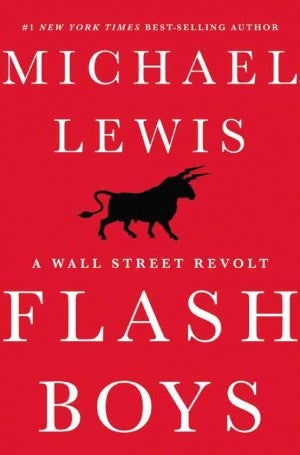 As an author, Michael Lewis is best known for his sports books, 2003’s “Moneyball: The Art of Wining an Unfair Game” and 2006’s “The Blind Side: Evolution of a Game,” both of which were adapted into successful motion pictures.

But the nonfiction titan Lewis, who has written for publications such as the New York Times Magazine and Vanity Fair, is a financial writer and most of his books cover different aspects of that wild world.

Lewis’ newest book is about finance, but there is clearly the crazy competitive spirit of sports present in “Flash Boys: A Wall Street Revolt” (W.W. Norton & Company, New York, 2014, 274 pages).

These rogue traders were the bad boys of Wall Street and they used computer code to become so.

“For the first time in Wall Street history, the technology existed that eliminated entirely the need for financial intermediaries,” Lewis observes of the post-9/11 American financial market, one more heavily dependent on technology than ever.

“Flash Boys” begins with the development of fiber-optic cables that sent information faster than ever—down to the microsecond (one millionth of a second), and this allowed HFTs to see when others were about to buy stock and figure out—in that infinitesimal gap, called “latency”—how to manipulate the markets to make a profit.

The big Wall Street banks were themselves guilty of this, merely camouflaging it. The normal investor, who was losing money on every trade to the HFTs, never knew.

It was a practice that Lewis distinguished as being “riskless, larcenous and legal.”

But not everyone sought to profit on it. Like Oakley Athletics manager Billy Beane in “Moneyball,” Lewis found one man who could see the predatory trade for what it was. He is also not what you expect. He is an American of Japanese extraction working for the famously well-behaved financial institution Royal Bank of Canada.

Brad Katsuyama had divined how the big banks were covertly profiteering from what amounted to the investors’ ignorance: “He attacked the newly automated financial system at its core: the money it made from its incomprehensibility.”

“Flash Boys” chronicles Katsuyama’s quest to shed light on those HFTs practicing this financial voodoo and his fight to even the playing field once again for the small investor.

He leaves the safe confines of RBC and takes the ultimate risk in founding his own company which seeks to create a trading ground where the HFTs did not have the speed advantage. Together with other true believers, he founds Investors Exchange, or IEX, and tilts at the Wall Street windmills.

A treat for the statheads, “Moneyball” used the canvas of sports as a setting for its numerical battles. “Flash Boys” is a much more complicated read as Lewis patiently and entertainingly explains how HFTs work and why they exist.

Ultimately, “Flash Boys” is about the geniuses led by Katsuyama, who sought to avert financial disaster at their own expense, or someone misunderstood like the Russian computer programmer Sergey Aleynikov, who was jailed for allegedly stealing computer code from Goldman Sachs. Their stories aren’t what they seem.

Once the reader understands how the system works (or doesn’t), it’s hard not to get caught up in the outrage over the HFTs chicanery and the Wall Street firms’ complicity, especially when one surveys the result of their profiteering.  “The cost, in the end, is a tangled-up financial system. Untangling it requires acts of commercial heroism—and even then the fix might not work.”

While it requires all your attention and, at least, a passing interest in how stock markets work, “Flash Boys” is both a financial thriller and a nonfiction eye-opener, and is very much what author Michael Lewis says when he talks about this “incredible but true Wall Street story, of hypocrisy and secrecy and the endless quest by human beings to gain a certain edge in an uncertain world.”