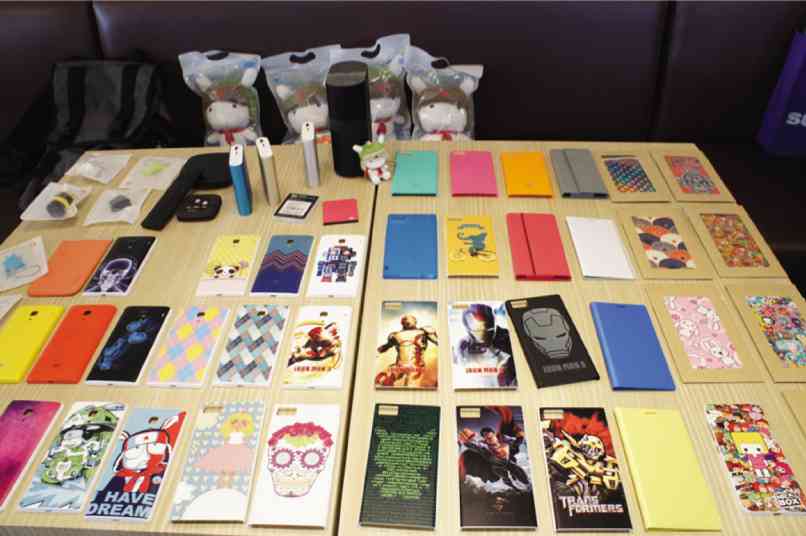 Hugo Barra, international vice president of Chinese electronics company Xiaomi, is a man who sets geeky hearts aflutter. When we met with him for an interview, he was casually dressed in a black shirt and jeans. His only accessory was a black Swatch with a purple dial.

Perhaps this laid-back look is a throwback to his days at Google, a company known for fostering a dynamic work environment instead of traditional corporate models.

At Xiaomi, the charming and engaging Barra is helping revolutionize the Android operating system, which he’s very familiar with during his time in Google.

“Our brand is Mi. The Philippines is actually the first market we’re coming in with a hundred percent focus on Mi as a brand,” says Barra.

Xiaomi was established in 2010 by a small group of engineers with eight experienced cofounders who were all “builders” rather than businessmen, and whose combined experience boasted a resumé that included stints in Microsoft, Google and Motorola.

In business terms, especially in the tech industry, a four-year old company is barely out of diapers, and yet Mi is showing signs of being an extremely precocious kid on the block. In February, Fast Company magazine ranked Xiaomi third on the list of 50 most innovative companies in the world, because of the way it has reinvented the smartphone and its user interface.

While  Xiaomi is a well-rounded electronics firm with an array of consumer products, Barra says that, ultimately, Mi is more about the software. “We’re really software guys. From the very beginning, the company has been focused on building software, building an operating system and Internet services on top of that; it’s really the goal,” says Barra.

In order to get software in the hands of many consumers though, Xiaomi needed a conduit, hence the focus on hardware as well. “Mi’s hardware devices like phones and (other) products are a means to an end. We figured early on that the best way to get software to as many people as quickly as possible was to actually build hardware. This is not the ultimate goal; this is just a path to get there. The ultimate goal is software and Internet services,” he reiterates.

It sounds counter-intuitive, especially in today’s era where we are inundated with a slew of smartphones and tablets almost every day, with each promising to outdo previous versions. And yet, when you think about it, our hands may be fused to our gadgets, but it is ultimately the operating system that we interact with the most. The hardware is the body, with the software as the brains, heart and soul of any device.

And if software were brains, Mi’s operating system, dubbed MiUI, is an off-the-charts genius. “MiUI is an operating system based on Android. It’s completely Android-compatible but a complete rethinking of Android,” says Barra.

He explains: “It’s also a live operating system, because we update it every Friday. The reason we are able to build this live operating system is because we rely very heavily on the community; you can think of the community as our product team; whenever there’s a new build we get it out quickly to a number of people, and they immediately start testing and giving us feedback on what needs to be fixed. We also rely on them for product ideas.”

The live operating system concept is already radical on its own, but the fact that the company relies heavily on user feedback is perhaps one of the most revolutionary concepts yet. Xiaomi values its community’s ideas, and this is evident during group meetups staged across Asia. Barra even had an impromptu meet at Commune last Tuesday evening for Mi’s Philippine enthusiasts. Xiaomi also makes sure that the community is the first to hear about new products and releases.

One such story of a user-contributed feature is the Mi phone’s flashlight toggle button. Barra tells the story of a Mi user who had gotten drunk and was trying to unlock his front door without waking up his parents. He had been fumbling with his keys while trying to turn on the flashlight, resulting in him dropping the keys and waking up his parents. He suggested to the Mi team that it should make a way to have the flashlight button easily accessible, and the team listened. Now, in order to turn on the flashlight, all you have to do is double-tap the home button and voila, lights on—no need to fumble.

This constant updating of software is what makes Xiaomi’s hardware work flawlessly, from power management to its system. The first Mi smartphone to be released in the Philippines is the Mi3, which Barra calls the “Wow” smartphone. It is a high-specs device, a sexy 8.1mm, 1080p, full-HD beast with 2GB of RAM and a Qualcomm Snapdragon 2.3GHz processor. The Mi3 also boasts a 13-megapixel camera with a Sony sensor and a Phillips dual-LED flash, as well as a 2-MP front-facing camera.

The Mi3 will be sold via online retailer Lazada (http://www.lazada.com.ph) initially, and Mi will be adding other retail partners soon.