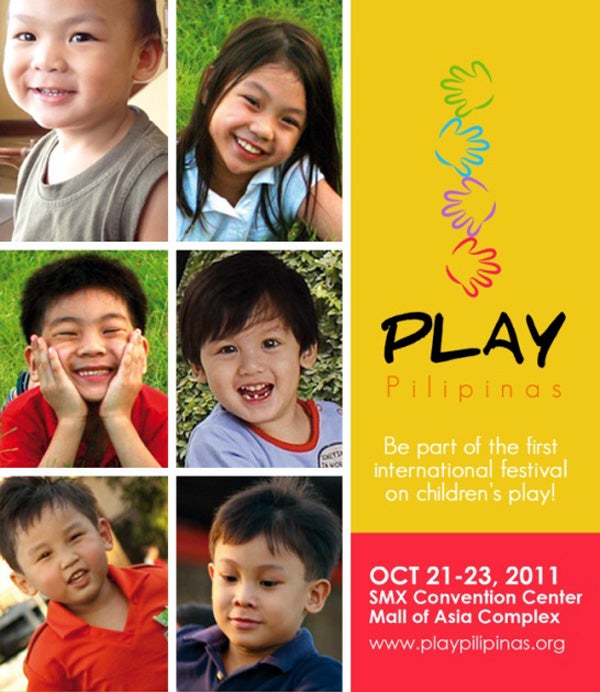 International conference to tackle issues on children’s play and development 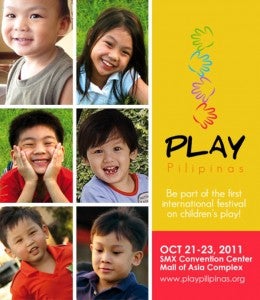 MANILA, Philippines – Academic experts and child advocates will present the latest on the study of play as it relates to child welfare during a three-day international conference, Play Pilipinas, from October 21 to 23 at the SMX Convention Center in Pasay City.

The speaker line-up features thought leaders in the field of child development such as Dr. Anita Bundy of the University of Sydney, best known for developing theory and research in play with children who have disabilities and in sensory integration; Professor Geraldine Naughton of the Australian Catholic University, a pediatric exercise scientist who has led projects aimed at improvements in physical activity pathways for a range of young populations from overweight and obese children to intensively training adolescents; and Dr. Honey Carandang of the MLAC Institute,  a pioneer in group play therapy and family therapy in the Philippines.

Kay Gibbons, an expert in child nutrition from the Royal Children’s Hospital in Melbourne and Monash University, will lecture on Nutrition and Active Play.  Recently, she has worked in India on a mother and child nutrition project, funded by the Australia-India Council and the Confederation of Indian Industry.

A leading practitioner in the area of clinical child and adolescent psychology and psychotherapy in the Philippines, Dr. Ma. Teresa Gustillo-Villasor, will deliver a talk on how adults view play.

Dr. Esther Joos Esteban, a sought after facilitator of parenting and teaching seminars both in the Philippines and the United States, has written extensively on children and education as well as parental and verbal abuse.  Her presentation at the conference will focus on media and children’s play.

One of the thought leaders in the area of play in the Asia-Pacific region, Japan’s Hitoshi Shimamura, will speak about creating inspiring play spaces.  He is the founder of Tokyo Play, a regional organization for play campaign and policy recommendation and has given a variety of lectures workshops and trainings for playworkers, parents, and educators in China, Sweden, Germany, UK, Canada and Brazil, aside from his native Japan.

International furniture designer Kenneth Cobonpue will give a presentation on harnessing creativity.  An industrial designer known for his signature designs in natural fibres and materials, his work is noted for the use of rattan, buri, bamboo, and abaca.

During the conference, Play Universal, the organizer of Play Pilipinas, will reveal the findings of the two-phase “Habits and Attitudes Study,” which seeks to provide development insights on the way play is viewed from the standpoint of both children and parents.  It is the first landmark research to be conducted in the country that takes a deeper look at the play attitudes and behaviours of Filipinos.   Conference attendees will receive copies of the research and have a chance to take part in plenary discussions facilitated by local experts.

Play Pilipinas offers three full days to learn new developments from experts, gain insights from best practice in the field and network with concerned groups and individuals from academe, business and civil society.  For registration details and to know more about how to participate in the conference, log on to playpilipinas.org. (advt)