A dream destination rises by the bay | Lifestyle.INQ ❮ ❯ 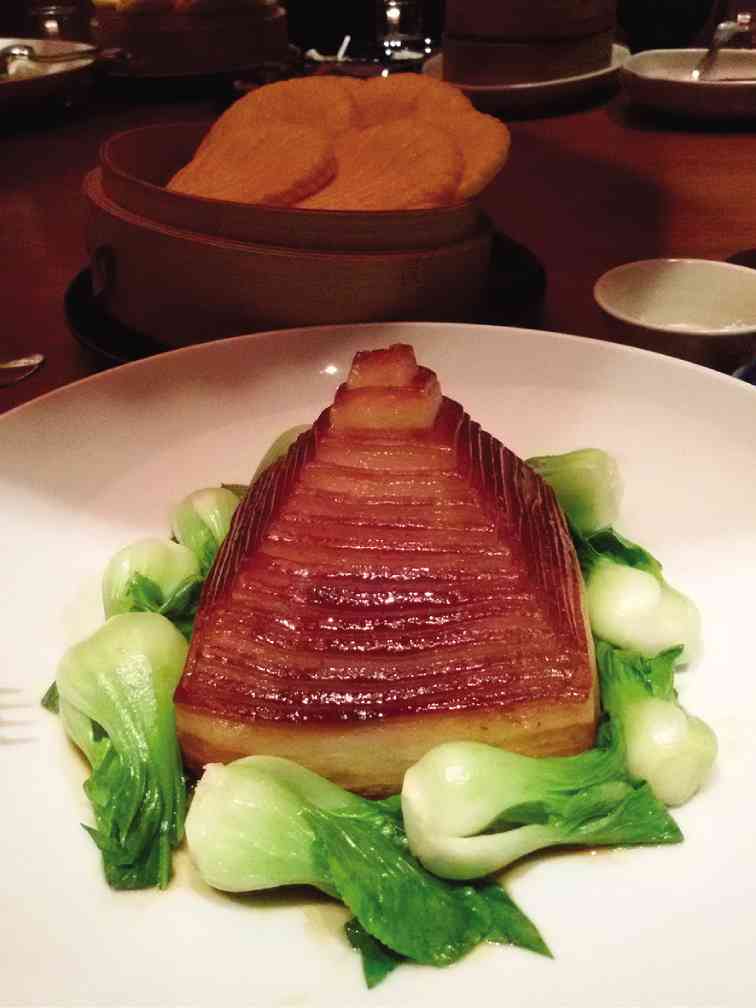 “PYRAMID” Braised Pork with Bamboo Shoots and Pumpkin Pancakes, a signature dish of Beijing Kitchen at the Grand Hyatt

A dream destination rises by the bay

Throughout the years, the legendary Hollywood actor has been reported at various times to have visited the Philippines, notably the exclusive resort of Amanpulo in Palawan, but De Niro never deigned to face the local media cameras.

Until January this year, that is, when—along with Macau gaming magnate Lawrence Ho and internationally renowned Japanese chef Nobu Matsuhisa—the elusive actor-entrepreneur surfaced at the National Museum to announce that his luxury hotel chain Nobu was opening its first outpost in Asia—in Manila.

Specifically, Nobu will anchor the City of Dreams, the $1.2-billion integrated casino resort and entertainment complex that’s now rising at Pagcor Entertainment City along Manila Bay. The complex is the project of the Melco Crown group of Macau, whose local subsidiary Melco Crown (Philippines) Resorts Corp. has partnered with the SM Group of taipan Henry Sy to build the casino resort.

But while Nobu is a star attraction—its flagship Las Vegas boutique hotel within Caesars Palace is said to be the first of its kind, a chef-centric hotel built around the celebrity of Matsuhisa, whose culinary wizardry has spawned 27 restaurants in five continents, many of them in partnership with De Niro—its Philippine iteration will be one of three five-star hotels that will comprise the City of Dreams.

Set to join Nobu are Hyatt and Crown Towers—a trifecta of premium hospitality destinations that, once up and running, promises to be a game-changing addition to the business, leisure and entertainment scene in Manila.

One can get a glimpse of the dimensions of luxury about to be proffered by the City of Dreams in a place merely two hours away from Manila. In Macau’s famed Cotai Strip is the original City of Dreams—a glittering integrated entertainment resort built in 2009 that has the Grand Hyatt, the Crown Towers and Hard Rock Hotel as its crown jewels. (Nobu will take the place of Hard Rock Hotel in Manila.)

“Integrated,” because within this enormous sprawl are packed everything that a tourist or visitor could hope to enjoy when visiting the Las Vegas of Asia—accommodations, food and dining, entertainment, shopping, and, of course, gaming.

The idea is to lure visitors and keep them inside with a diverse array of amenities and recreational options that are not merely topnotch, but also trailblazing. For entertainment, for instance, the City of Dreams was not content to book sundry bands and singers, or the usual circus act, for smorgasbord shows meant to perk up grim-looking, glassy-eyed casino players. It turned to Franco Dragone, the Italian-Belgian visionary responsible for Cirque du Soleil.

Dragone, apparently afforded a princely budget, created two shows exclusive to the complex that raise the bar for jaw-dropping, eye-popping entertainment: Taboo, a sexy, edgy musical revue featuring scantily clad amazons of various races in highly energetic, tech-driven numbers—Paris’ Moulin Rouge, in effect, made fierce; and the House of Dancing Water, a $250-million extravaganza that explodes the experience of the circus with its far-out fusion of dance, theater, acrobatics and technical magic. 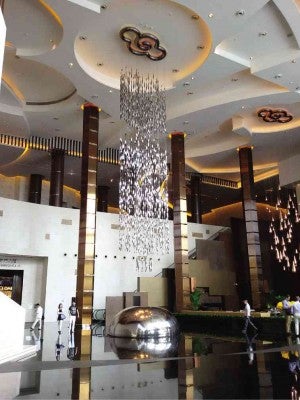 Highlight after imaginative highlight adds up to a staggering experience: a pirate ship rising out of the waters, its mast flecked with writhing dancers; the water itself—equivalent to about five Olympic-size pools—disappearing in minutes only to transform into intricately choreographed fountains; acrobats plunging from enormous heights into the depths; the watery arena morphing into a crackling motocross with motorcycle riders somersaulting in the air.

If the City of Dreams brings The House of Dancing Water to its Manila complex (executives are mum for now about the final range of attractions the casino resort will offer, no doubt unwilling to preempt anything), it would have a show that’s head and shoulders above any other in the country. It would also make Manila one of the few cities in the world to host a permanent Franco Dragone spectacular.

Will these flagship restaurants make it to Manila? Melco executives only give knowing smiles when asked.

The total gaming space will be huge—some 365 gaming tables, 1,680 slot machines and 1,680 electronic games. The hotels themselves that will accommodate all those players, their wives and entourages frequenting the tables, are designed to be the epitome of sophistication, indulgence and privacy.

Crown Towers will have 260 guest rooms; Hyatt, 365; Nobu, 321. If the President’s and Chairman’s Suites at Macau’s Grand Hyatt are any indication, similar such units will be plush, generously cut affairs with sumptuously appointed living areas, a wine bar and kitchen, walk-in wardrobes, stylish bathrooms, even mini-spas and exercise equipment.

The highest of high-rollers will have their own exclusive lounge complete with private gaming tables. Their spouses and loved ones, on the other hand, may find themselves spending all those winnings at the retail part of the complex, which, following the City of Dreams Macau model, will be a boulevard lined with some of the world’s top luxury brands, from Emporio Armani to Ermenegildo Zegna.

For pampering and relaxation, there is, of course, the spa. The Crown Towers will recreate in Manila its award-winning Crown Spa, which the Luxury Spa Awards has named the “Best Luxury Hotel Spa in Macau” (and whose crew of therapists is headed and trained by a 34-year-old Filipino, Lulu Cordovales).

The Hollywood connection does not end with De Niro. Just this May, Melco announced a partnership with DreamWorks Animation, the creator of “Shrek,” “Kung Fu Panda,” “Madagascar” and “How to Train Your Dragon,” among others, to put up in Manila what it described as the world’s first “edutainment” center.

The interactive entertainment concept, called “DreamPlay by Dreamworks,” aims to attract kids and whole families to the destination resort with a theme park-like showcase that will combine live and digital play spaces, creative storytelling and immersive experiences where “kids will be able to learn kung fu with Po, how to tame a dragon with Hiccup, interact with other animated characters, perhaps even save a princess!” said James Clark, DreamWorks Animation Asia-Pacific head for Retail Development and Entertainment.

When it opens in the last quarter of this year, the City of Dreams will be adding six new towers to the Manila skyline. For those pining for a redefined experience of leisure, shopping, business and tourism in these parts, dreamy days may be in the offing.