Day of the orchestra and band | Inquirer Lifestyle 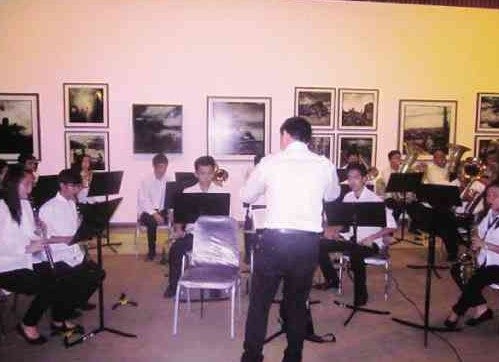 Day of the orchestra and band

“Band culture is prevalent in the provinces and people in the provinces know a lot about classical music,” said Gerard Salonga, conductor of the ABS-CBN Symphony Orchestra, during a recent press conference to announce the Orchestra & Band Festival to be held July 1-6 at the Cultural Center of the Philippines.

During the press launch, the University of Santo Tomas Wind Orchestra led by a youthful Michael Jacinto played Rimsky-Korsakov’s “Procession of Nobles” and “Disney’s Fantillusion” as arranged by Takashi Hoshide.

Chris B. Millado, CCP vice president and artistic director, provided a historical perspective to the occasion. He noted that the first Philippine Constabulary Band performed 120 years ago at the St. Louis World’s Fair in 1904.

There were 80 members escorted by 300 Philippine Scouts.

“Nobody knew where the Philippines was, but they received rave reviews,” Millado said.

During the open forum, the conductors and musical directors were asked how they motivated the youth to join school bands. “There are lots of different ways,” said Jacinto, speaking from his experience in Sta. Maria, Bulacan. “We expose the students to music, give music lessons and free concerts, and, before you know it, they are asking how they can join the band.”

Major Javier Celestial of the Presidential Security Group Band said schools gave benefits to these young musicians, who considered joining a band “a passport to college.” He added that music was in the blood, citing two children of his, a son and a daughter, whom he taught to play a musical instrument; and also in the environment of a child.