Unwinding? Filipinos do it all wrong | Inquirer Lifestyle ❮ ❯ 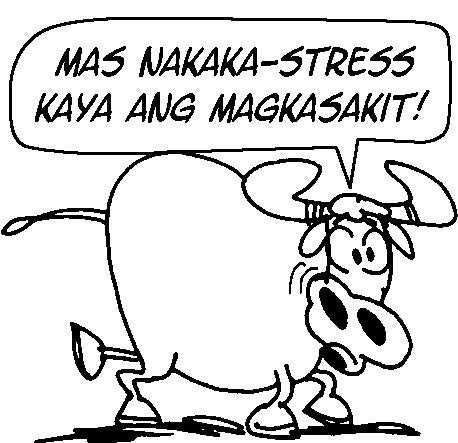 Unwinding? Filipinos do it all wrong 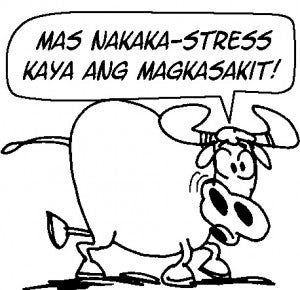 MANILA, Philippines–Many Filipinos relax or unwind to relieve stress but most of them do it wrongly, according to a study commissioned by health provider PhilCare.

The study, intended to measure the Filipinos’ state of wellness, showed that an overwhelming majority—more than 85 percent—enjoy a good balance between their work and their lifestyles.

However, 41.1 percent of them admitted experiencing some stress, the study’s Wellness Index showed.

“This is because many still tend to relate the ‘happy hour’ mentality as a means to achieve a balanced life,” said Dr. Liza Espiritu, PhilCare clinic operations manager.

“Regarding stress, many resort to binge-drinking after office. This is their way to handle stress. Unfortunately, this is not the correct way to do it. Stress management …  should not be an excuse to damage your body,” she said at a press briefing.

Based on the study, which was done in March, the majority of Filipinos regularly drink alcohol. Fifty-eight percent said they drank alcoholic beverages, consuming six bottles or glasses of alcohol per week.

“Why not consider doing more physical activities as a way to unwind, like hiking, biking, or engaging in other sports activities. These activities not only relieve stress but make you healthy as well,” Espiritu said.

The Wellness Index involved interviews with 1,200 respondents from the upper-income class all over the country. They were asked about their lifestyle as well as the nutritional, physical, psychological and medical aspects of their lives.

Overall, the findings indicate that Filipinos have a strong sense of well-being.

“However, there remains a significant room to improve this sense of wellness or state of being happy,” said Dr. Fernando Paragas, head researcher of the study.

Noemi Azura, PhilCare president and CEO, said the survey findings should be an eye-opener on how Filipinos perceived the idea of leading healthy lives.

“The results tell us there is more to health than just providing medical services when we are sick. The study made it apparent that there are contradictions between how Filipinos perceive what is healthy and how they are actually pursuing a healthy lifestyle,” she said.

PhilCare officials said their next study would involve respondents from the lower socioeconomic class.

Among the key findings of the survey was that Filipinos could be in denial about their health. According to the survey, 54 percent believe their weight is ideal for their height and 54 percent think they are in overall good health.

However, when respondents gave their actual height and weight, it appears only 45 percent fit the normal category applying the Asian body mass index (BMI). Forty-six percent are either overweight or obese, while another 8.6 percent fall below the average.

The survey also showed that 44 percent of respondents know what comprises a balanced diet. In fact, 70 percent said they ate breakfast regularly while about 60 percent ate fruits and vegetables daily.

Another contradiction that came out was how Filipinos tend to behave when it comes to getting medical care. On the upside, 59 percent said they would go to a doctor when they got sick.

But the majority—or 74 percent—still admit that they self-medicate, which Espiritu said was a very dangerous habit of Filipinos.

“We should stop thinking of doctors as the last resort whenever we feel something. They are the best persons who can prescribe the proper medication and not your pharmacist and, certainly, not your friends and relatives,” Espiritu said.

“And we have to stop (thinking of our) health only when we get sick,” she added.

Azura said the survey also aimed at gathering information on how companies and the government could come up with policies to promote the well-being of Filipinos.

“The study can also help our lawmakers in crafting pieces of legislation that will raise the state of health in the country, especially as the administration pushes for a more responsive and relevant universal healthcare,” she said.