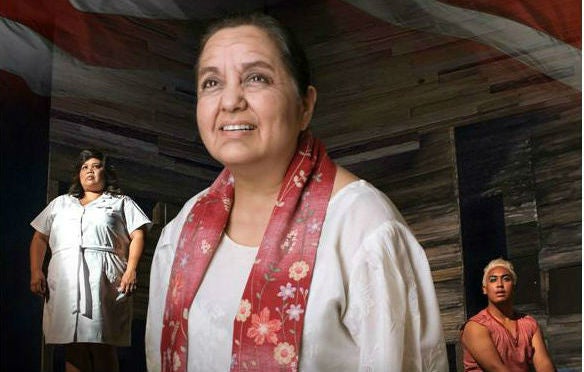 A sneak peek on FLIPZOIDS 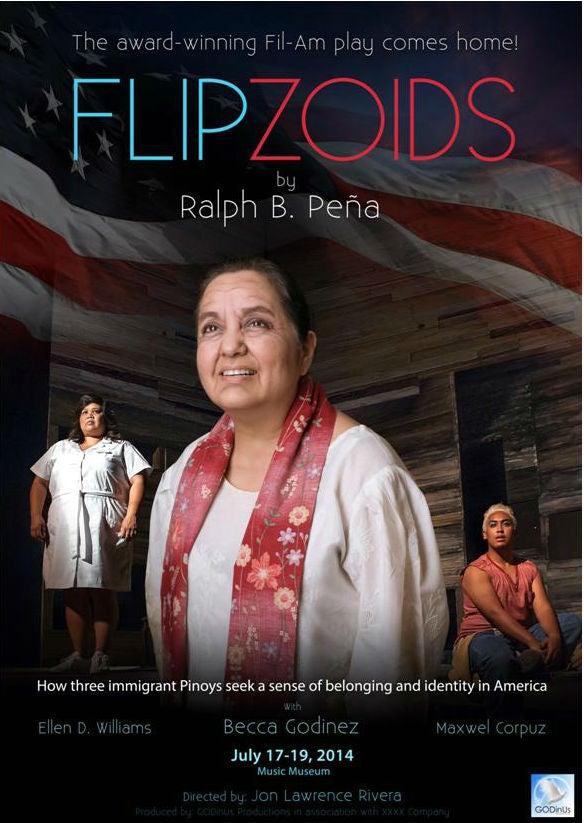 MANILA, Philippines–Comfort and glam are what often come to mind when we hear success stories of Filipinos who migrated abroad. Time and again, we overlook the fact that these immigrants had an enormous amount of adjustment and coping to do before finally being able to say that they are settled down and happy wherever they are. But, there are even some who don’t find happiness in a foreign land at all.

This facet of life is exactly what the Filipino-produced musical “FLIPZOIDS” reflects.

Tip of the iceberg

FLIPZOIDS is a play written by Filipino playwright Ralph B. Peña. It revolves around three Filipino immigrants  struggling to find belongingness in the west, case in point, America.

It follows the story of Redford, a boy who has the littlest of idea about his ethnicity’s culture; Vangie, a woman who’s trying to embrace a nationality that’s not her own; and Aying, an elderly woman who hails from Pagudpud, Ilocos Norte and has the least of interest to be in a foreign country like the US.

Through an unexpected encounter by the beach, Redford meets Aying and later on, he learns of his culture from the older one.

In a casual gathering held at Greenhills last June 27, Becca Godinez, the lead actress who plays Aying in the story, took time to discuss “FLIPZOIDS” with the Philippine press.

Being an immigrant herself, Godinez shared that FLIPZOIDS is a project that is very relevant for her. During the initial script reading, she recalls encountering a line which left her weeping because of how emotionally stirring it was — especially for individuals who have undergone uprooting from their own culture.

But later on as she studied her character’s life and personality, Godinez acquired a deeper understanding of a Philippine subculture which is that of the Ilocano people.

According to Godinez, the actors in the play were given the liberty to “bring their own interpretation of their characters to the table.” She revealed that it was this practice that allowed her to explore and understand deeper the nature of her character, Aying.

But when it happens that the actor’s interpretation goes a little overboard, the director, Jon Lawrence Rivera, reminds his talents of the sphere where the characters must remain grounded.

FLIPZOIDS is scheduled to run in Manila for three nights only, the first being on the 17th and the last on the 19th of July. It will be held at the Music Museum in Quezon City.

Members of the cast include American-born Filipino director Maxwel Corpuz as Redford, Fil-Am How I Met Your Mother star Ellen D. Williams as Vangie, and singer/songwriter and director/actress Becca Godinez as Aying.

Godinez is also the producer of FLIPZOIDS in Manila.